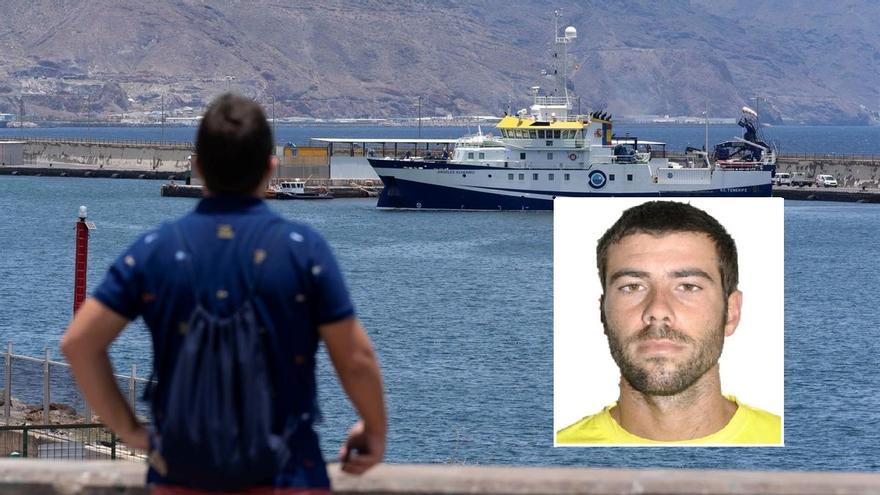 The titanic efforts being made by the Civil Guard to find Thomas Gimeno and her daughter Anna's body are beginning to bear fruit. After discovering two objects at the bottom of the sea that corresponded to the father of the girls, it has now transcended what it was, and that it would tighten the fence of the Civil Guard and put the police force one step away from power locate Tomás and Anna.

"The Civil Guard is convinced that this is the good place where they can find a trace of Tomás Gimeno", as reported in La Sexta, in reference to the area in which these objects were found. The discovery of two small oxygen cylinders, which Thomas Gimeno used to ensure that it could not rise to the surface after sinking into the sea, has rekindled the hopes of the authorities to find the father of little Anna and Olivia, kidnapped in Tenerife on April 27.

The Civil Guard has confirmed that the objects found are two oxygen bottles that could be acquired before April 27. Police sources have assured that in Tomás's house the invoices for the purchases of both half-liter bottles have been found and that they were designed for aquatic emergencies that require a small amount of extra air, approximately three minutes.

The researchers now they are looking for the lead belt with which they intuit that Thomas could sink into the depths of the ocean. The ship that recovered Olivia's lifeless body found two sports bags, one broken and empty and the other containing the body of the minor, and it is suspected that Anna's body was in the other bag. It happened that the anchor of his boat with which he tied the two bags got hooked to a sunken ship, which is why the robot was able to find the body of the minor, and a few days before another bottle of oxygen was also found and a duvet cover owned by Gimeno.

The ship Ángeles Alvariño continues to track the area where Tomás' mobile signal was lost and where his boat appeared thanks to a third "much extended" extension, and highlighted the work done by the ship and its "extraordinary" commitment.

The girls' funeral Olivia and Anna GimenoDespite the fact that the body of the latter has not been found, which was to be held publicly next week, it has been postponed due to the epidemiological situation in Tenerife, which has risen to level 3 as of this Saturday, June 26. health emergency. This has been communicated Joaquin Amills, spokesperson for the family.

"It has to be the goodbye of all because it is something that Spanish society has suffered. That the little ones are a present and a future so that we can work on what events like these cannot produce. We want it to be a goodbye for everyone. Whoever wants to go, the girls deserve this farewell, "explains the spokesman.