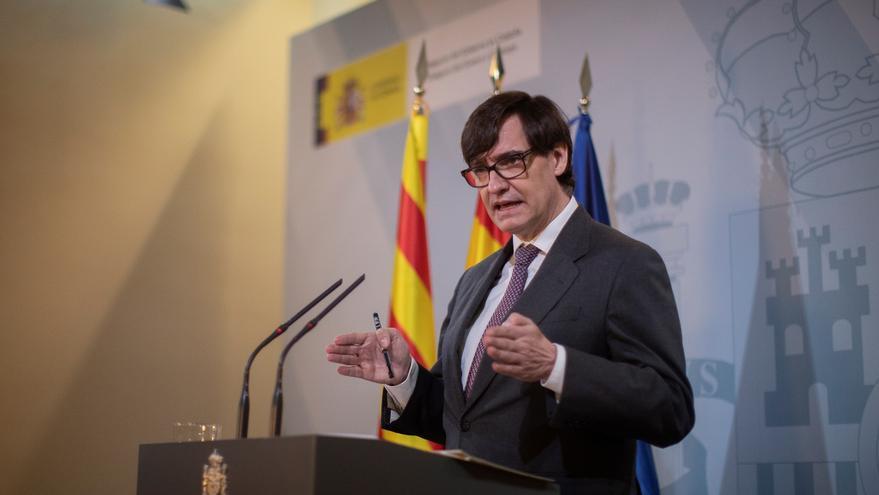 Upside down in the Catalan electoral scene. According to the latest poll by the Center for Sociological Research (CIS), the PSC is leading the electoral race in Catalonia and Minister Salvador Illa could be the winner of the elections if they are held on February 14. According to the CIS poll, the Socialists would obtain 23.9% of the vote, more than three points ahead of those obtained by ERC, which falls to second place. In terms of seats, the projection of the demographic institute draws a wide range for the PSC, between 30 and 35 seats, while for the Republicans it predicts between 31 and 33.

This Thursday’s poll is the first to detect the advancement of the Socialists to ERC. The Pere Aragonès party has been in the lead throughout the legislature and in the last CIS study last November the Republicans were clearly consolidated as the first option in direct intention to vote. However, the change from Miquel Iceta to Illa as a candidate for socialism has changed trends.

The minister is also the only candidate who approves in valuation, with a 5, while his two direct rivals, Aragonès and Laura Borràs (Junts) obtain an average of 4.6. On the opposite side, the worst assessment is obtained by the Vox candidate, Ignacio Garriga, with a score of 2.5.

In the electoral projection, Junts loses steam and remains as the third force, unable to overcome the 30-seat barrier and with a significantly lower percentage of the vote than its rivals. Those of Laura Borràs obtained between 20 and 27 seats with a 12.5% ​​vote, which would place them far from the results obtained by Carles Puigdemont three years ago, when they managed to surpass ERC at the last moment.

Behind the first three is a squad of matches competing for the minimum. Ciudadanos would obtain between 13 and 15 seats, which is a bump compared to the 36 seats obtained in 2017. In Comú Podem it remains in a strip similar to the current one, with between 9 and 12 representatives, while the CUP grows, reaching between 8 and 11 deputies. At the end of the table, the PP would remain in 7 seats, an important growth compared to its current 4, while for Vox a strong entry into the Catalan Chamber is forecast, achieving a range of between 6 and 10 deputies.