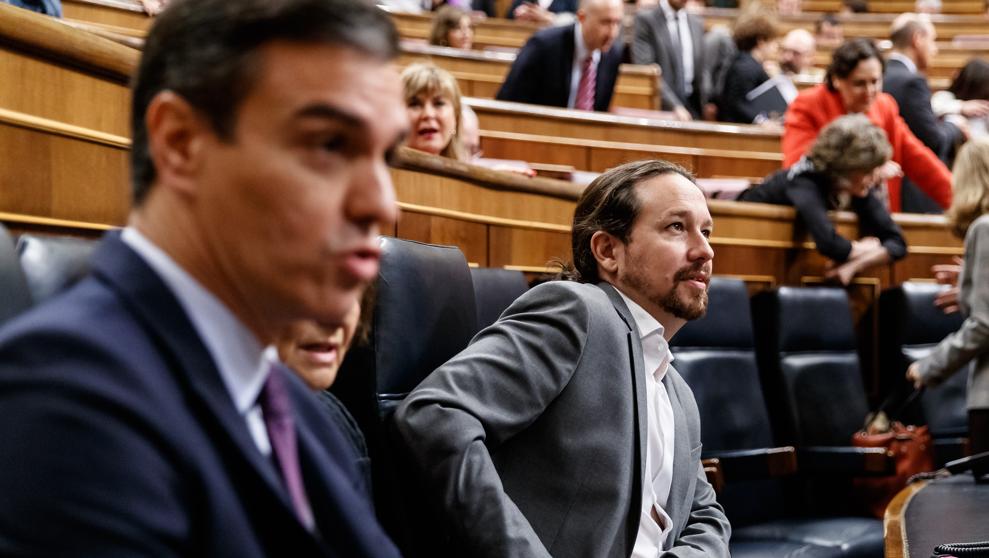 The Center for Sociological Research (CIS) publishes this Wednesday the barometer corresponding to the month of March and that it will contain a projection of vote and, in principle, a assessment of the ministers who are part of the coalition Executive. This is the third electoral projection since the investiture of the socialist Pedro Sánchez, but the second after the 22 ministers of the coalition government took office. However, the field work, which is normally carried out the first 10 days of the month, will not take into account the assessment of citizens on the Executive’s management of the coronavirus crisis.

The March barometer will evaluate the Government’s activity for practically two months, which have been marked by the Catalan question, the friction between the partners of the Central Executive (PSOE and United We Can) on the occasion of the approval of some regulations and the business of the king emeritus, as well as the response of the Central Executive to attacks by the opposition as a result of the so-called ‘Delcygate’, the presence of the Venezuelan vice president, Delcy Rodríguez, at the Barajas airport for a few hours.

The March barometer was held after the first meeting of the dialogue table between the two governments, which took place on February 26 at the Palacio de la Moncloa

But above all, the CIS study will reflect the citizens’ assessment of the Government’s management of the Catalan question. In large part, this assessment entered the February barometer, since the meeting between Pedro Sánchez and Quim Torra at the Palau de la Generalitat (on February 6) occurred during the CIS study period. But the March barometer was held after the first meeting of the dialogue table between the two governments, which took place on February 26 at the Moncloa Palace.

This month’s survey will not include government action in the fight against the coronavirus. Although it seems like an eternity has passed since the state of alarm was decreed, just 10 days have passed and two weeks ago not even a scenario like the current one was glimpsed. Therefore, the electoral results of the study should not be justified by the possible deficiencies in the Government’s response in the fight against the pandemic, but it should take into account the continuous friction between PSOE and United We Can within the central Executive, A few clashes that marked the end of February and the beginning of March.

The clashes between the two partners began with the Sexual Freedom law, and were visible for weeks

The clashes between the two partners began with the Sexual Freedom Law, and were visible for weeks before the Government’s will to push the law forward before 8M, International Women’s Day. The ministry that runs the podemita Irene Montero signed up from the beginning to that of Justice, assuring that the project only needed the approval of the minister Juan Carlos Campo. The fact that the approval did not arrive made the tone rise, with crossed accusations even of “machismo”.

These disputes became serious for the first time, but were quelled with the approval of the law in the Council of Ministers within the scheduled time. But during the period of preparation of this barometer, a new reason for discrepancy arose: the information on alleged businesses and hidden accounts of King Emeritus Juan Carlos I. United Podemos immediately went out to demand a parliamentary investigation commission that the Socialists vetoed with it. haste.

What may have marked the responses of citizens in this barometer is the crisis in the agricultural sector that caught the media in February. The price crisis that the country is going through and which has fueled farmers, with protests throughout Spain throughout the month, led the government to have to approve measures that seek to alleviate the crisis and increase pressure in Europe to reduce the cut. in the CAP.

Before publishing the February barometer, CIS sources assured The vanguard that the valuation of the ministers by the citizens was left for this March. Although the first 100 days of management of the new Executive have not yet been completed, it will be time to see the degree of knowledge of citizens about their new rulers.