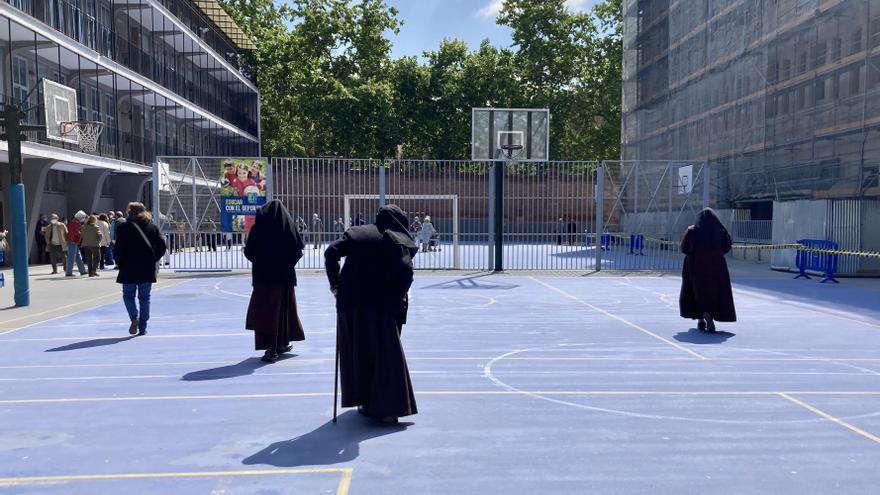 In fact, if it weren’t for the push from Africa and, to a lesser extent, from Asia, the Catholics in the world would be fewer. Both Europe and America, traditional granaries of vocations and religious practice, are ceasing to be central in the life of the Catholic Church, which, nevertheless, continues to be the most important religious denomination (numerically) on Earth, with 1,344.4 million of faithful (15.4 million more than in 2018, a rise of 1.14%), representing 17.74% of the world’s inhabitants, one hundredth less than the previous year, when it was at 17.73% . One in six people in the world is Catholic.

Although the data are especially bad in Europe, the truth is that America, although the number of baptized continues to rise, decreases in religious priests and especially in seminarians. Latin America, the traditional hotbed of religious vocations for people who end up coming to Spain, seems to be experiencing an unexpected crisis, even more so at the time of the first Latin American Pope in the history of the Church.

Africa is, with 8.3 million, the continent that adds the most baptized to the universal Church, followed by America (5.3 million more), Asia (1.9 million more) and Oceania (118,000 more faithful). Europe is the only continent that has fewer Catholics than in 2018, according to official data, which nevertheless indicates how the number of Catholics per priest has increased, which means that each priest must take care of more faithful. The excess is observed especially in America, Oceania and Europe.

These three continents are going down in the number of vocations, something especially worrying in America, which to date has been increasing in the number of priests and seminarians. Now, although the total number of clergy in the world has increased slightly (there are 414,336 priests, 271 more than in 2018), the decrease is considerable both in Europe (2,608 less) and in America (690 less).

As for the aspirants to the priesthood, the global number drops by 1,822 units, settling at 114,058 seminarians, between majors and minors. Only Africa has an increase in vocations (509 more), while Asia (898 less), America (750), Europe (630) and Oceania (53) see how fewer and fewer men are called to celibacy and consecrated life.

Nor does it seem that there is generational change in consecrated life. Currently, there are 630,099 religious women worldwide, 11,562 less than in the previous report (a decrease of 1.8%). Their average age also exceeds 65 years, and among Europeans the loss is clearly higher than that of Africa (835) or Asia (599). The decline is especially worrying in Europe, with 7,400 fewer nuns, and America, with a decrease of 5,315 nuns. In Spain, a monastery closes every three days.

The crisis also affects non-priest religious, who for the seventh consecutive year continue to decrease in number, reaching the border of 50,000 (50,295 specifically, 646 less than the previous year). As in the rest of the graphs, Europe and America capitalize on the decline, with 236 and 390 less monks. A vocation that only increases, and slightly, in Africa, with 89 more friars.

The catechists are also descending, who still make up a army of training of children and young people, with just over three million. America, with 15,651 less, and Europe, with 5,658 less, are the continents that are emptying the most of trainers.