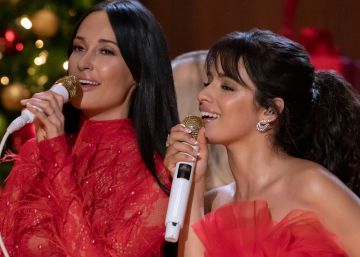 The television specials are as Christmas as the lights on the street. In Spain there are classics like Telepassion and the recorded musical galas. In the US, the genre has its own logic: these programs, which were never intended to be understood outside, are historically starred by successful characters on their borders, and not always outside them (George Burns, Judy Garland, Bob Hope or Perry Como) . Surround the American imaginary of Anglo-Saxon Christmas traditions: Dickens or the Nutcracker from Tchaikovsky. Now, those programs, previously reserved for the American public, have begun to be exported in streaming.

On December 24, Netflix will premiere JOhn Mulaney & the Sack Lunch Bunch, a special as a variety program with children, sketches and musical numbers. In front is Mulaney, the favorite comedian of critics in recent years, also known by the users of the platform for starring in three comedy specials, and giving voice to several characters in the animated series Big mouth.

Amazon Prime Video premiered last Friday The Kacey Musgraves Christmas Show, which follows a similar formula: the singer of country Musgraves performs 18 songs of his own and versions of Christmas classics with guests such as James Corden, Zooey Deschanel, Camila Cabello or Lana del Rey. And this Saturday, NBC will broadcast the traditional Christmas special of Saturday night Live, another classic appointment, with a two-hour program designed for these dates (in Spain, in Movistar +).

This proliferation of specials began in 2015, with the Netflix special starring Bill Murray and directed by Sofia Coppola. A Very Murray Christmas (still available on the platform), a tribute of this format for hipsters Netflix also makes it possible to see the special worldwide Mariah Carey's Merriest Christmas (2015), where the singer interprets some of her most popular songs, such as the ubiquitous All I Want For Christmas Is You.

This fall has also been the international premiere of the best known Christmas special in history: To Charlie Brown Christmas, broadcasted in 1965 by the CBS network and which brings together the Charles Schulz Peanuts, has entered the international Apple TV + catalog and can be seen, for the first time, in streaming in a hundred countries, Spain included. The story has been honored countless times: Charlie Brown seeks the meaning of Christmas and finds it, finally, in a forgotten and deformed snowman. The ABC chain, owner of the rights, issues it without fail every year.

The tradition of holiday specials finds a dark chapter in Star Wars: Holiday Special, a program of low budget but with the distribution of the original film of Star Wars, which was aired in 1978, after the success of the film in 1966. It has never been reissued: George Lucas claims to have bought and destroyed all copies of this title in which Chewbacca's family waited for him to come home to celebrate the Day of Life, between musical numbers and appearances of Harrison Ford, Carrie Fisher and the other main characters of the saga. This disaster over the years has become a cult movie.

Very different reception has had another classic of these dates, Teleñecos in Christmas Tales (1992), a reinterpretation of the story of Charles Dickens, with Michael Caine in the role of Scrooge, which was the first feature film of the teleñecos after the death of its creator, Jim Henson, in 1990.