A book recovers the figure of Manolita Chen, a star and businesswoman who, from the 1950s to the first years of democracy, led, together with her husband Chen Tse-Ping, one of the most popular and profitable portable theaters in Spain

In 2017 he passed away in Seville Manuela Fernandez-Perez. The one who was one of the great vedetes of the Spanish scene was ninety years old and her economic situation was so precarious that her cremation had to be borne by her friends and admirers. In 1944, Manuela had married the Chinese artist Chen Tse Ping, whom he had met working in the mythical Price Circus from Madrid. Three years later, they founded their own traveling company which, in 1950, would become the legendary Manolita Chen's Chinese Theater.

Heir to the theaters of the league, the portable theater was, for a long time, one of the few diversions enjoyed by those populations that lacked stone or brick theaters. This fact, added to its striking posters, its hyperbolic claims —"panoramic stage in technicolor"—, the precariousness of Spanish society —"with powerful heating"— and a scenic proposal for all tastes in which magicians, comedians, Jugglers, singers, ventriloquists, antipodists, and a corps de ballet whose attire—or lack thereof—defied National Catholic censorship, turned the Chinese Theater into a public success and a very profitable business.

"At first, to accommodate the theater it was only necessary to pay a fee for water and electricity. As a courtesy, it was also customary to give tickets for the people of the City Council to distribute among their friends or neighbors. Later, things changed and the businessmen had to bid for the land on which the marquee was set up, paying amounts of ten, fifteen or twenty million pesetas as early as the 1980s. Seville, Manolita Chen's Chinese Theater could put on ten or twelve performances a day. The first started in the afternoon and the last one ends at eight in the morning of the following day. If you calculate that the theater had a thousand seats, which were sold at two, three, four or five thousand pesetas each, during the ten days that the fair lasted a lot of money was made", he explains Juan Jose Montijano Ruiz (Granada, 1977), Doctor in Hispanic Philology and specialist in contemporary humor theater, who has just published in the editorial lunch Manolita Chen's Chinese Theatera book that covers the life and professional career of this vedete and businesswoman. 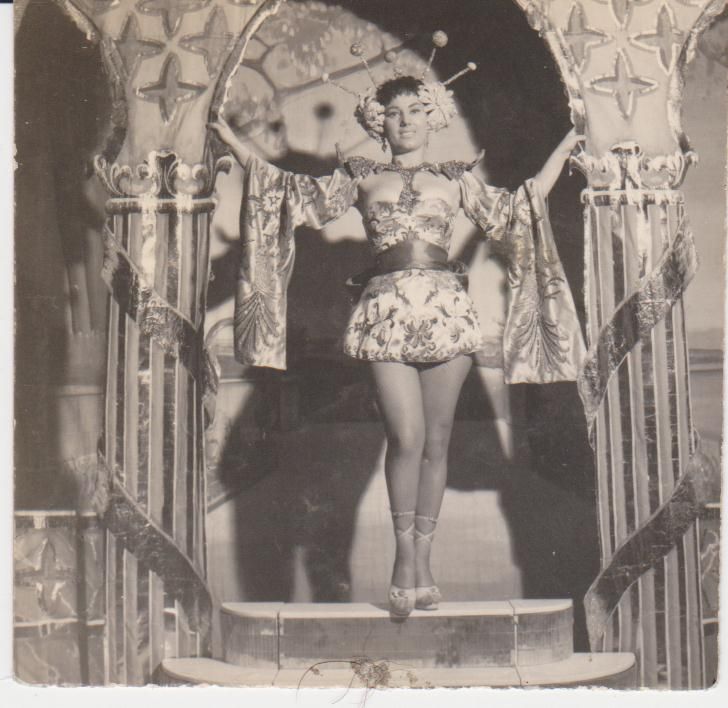 The demand from the public was so great and the business so juicy that the competition between the portable theater companies became really fierce. In the case of Manolita Chen's Chinese Theater, His rivals did not hesitate to spread all kinds of hoaxes about the owner couple with the intention of discrediting it. For example, that Chen Tse-Ping had murdered his first wife during the number of the knife thrower or that Manolita Chen was actually a man. To generate even more confusion on this point, the businessman Antonio Encinas registered the artistic name of Manolita Chen and presented in his theater, as if it were the original Manolita, a transsexual woman from Arcos de la Frontera, famous for being the first transsexual person in Spain to adopt a girl who also had Down syndrome . To continue with his particular ceremony of confusion, Encinas registered the name of Chinese Theater, which forced the Chen couple to rename their show as Chinese Circus Theater to avoid legal problems. 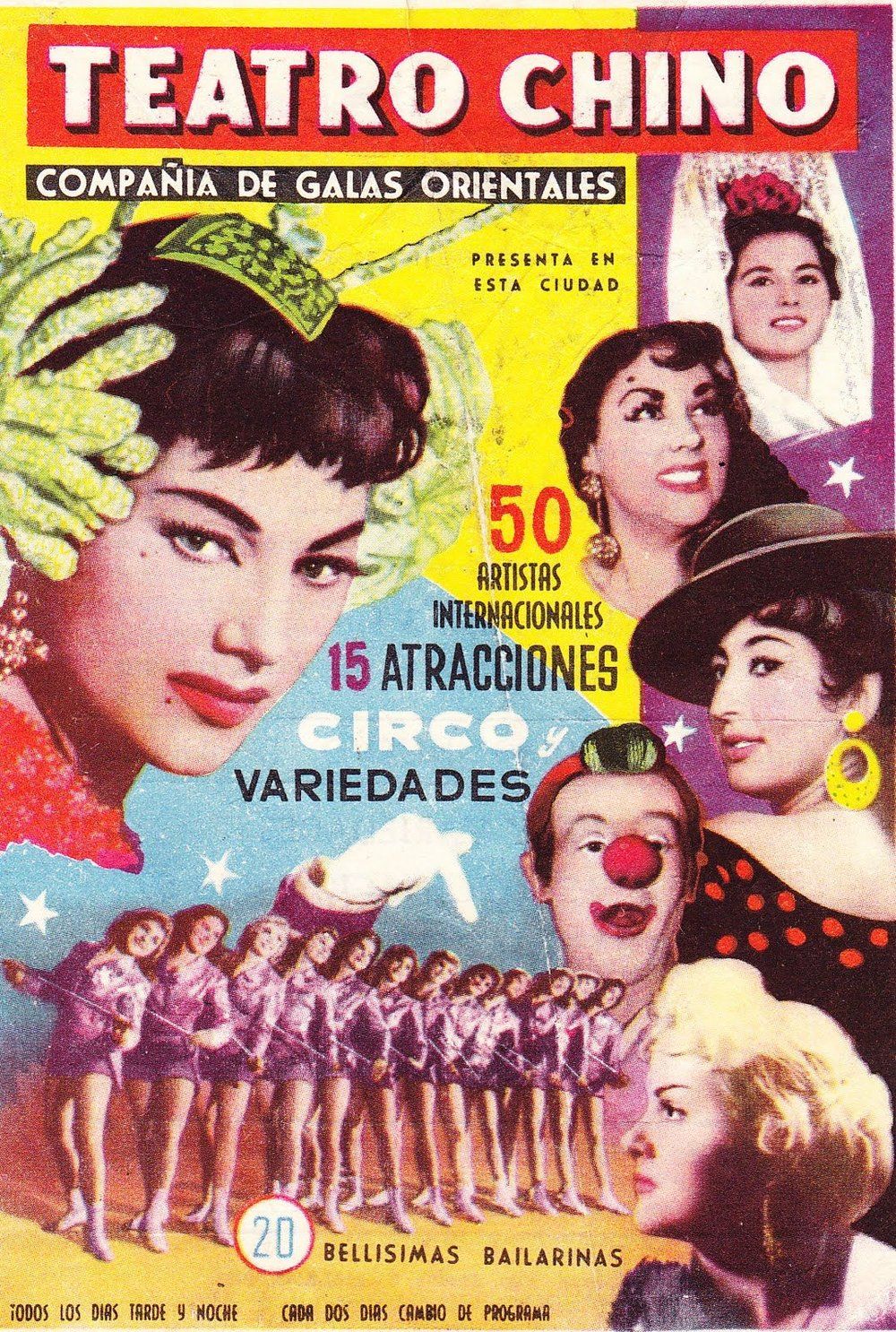 Finally, these cunning strategies, added to the appearance of new forms of domestic leisure such as television and changes in the tastes of a society that was leaving dictatorship behind and opening up to democracy, caused Manolita Chen's Chinese Theater to fall opprobrium, ruin and oblivion. "Beyond all that, the true beginning of the end of the Chinese Theater was when Chen Tse-Ping wanted to set up a stable theater company," Montijano Ruiz points out. "He was a businessman in portable theater, not expensive theater, and that was very noticeable in the kind of show he offered. His idea was to earn more money, but the opposite happened. He lost huge amounts with a company called the red lion and financing shows like blue satan from Alfonso Santisteban [el célebre compositor de bandas sonoras y sintonías televisivas] Y Marisa Medina that, as they saw that he had a lot of money, they warmed his head".

Manolita Chen and Chen Tse-Ping's proposal was not really new. Before them, theaters like the Argentine Theater or the Cirujeda Circus Theater they were already programming circus performances, songs, humor and some sycalypse. However, it was the couple's talent in the field of business and entertainment that made Manolita Chen's Chinese Theater stand out from the rest of its competitors.

"The luxury and spectacularity with which Manolita treated the paintings and prints that were part of her shows were different from those of other theatres", comments Montijano Ruiz, who also highlights the attraction that the artist herself had for the public. "On stage he ate the audience. She was like the Gilda of portable theaters. She was a great admirer of Celia Gámez and sang the songs that she had made popular in Madrid theatres, such as Portuguese student from The sorceress in the palace or The kiss from the star of egypt. In addition, he had the advantage of hiring the best artists, the brightest, the most renowned. That also made a difference."

Many of the great figures of the variety theater of the time passed through the Chinese theater of Manolita Chen. Among them, the couple Mavi-Pajares —formed by Andrew Pajares and his first wife Mavi Burguera—, Fernando Esteso, Porrina from Badajoz, Anthony Molina in his last days, The Calatrava Brothers, the fary or Marife de Triana. "Then, with the rise of television in the 80s, the great comedians who went through programs like One two Three… they also performed in portable theaters. In the case of Manolita Chen, she hired the Stolen Sistersto Arevaloto Manolo Calto Manolo Vegato Phaedra Lorente already Rice Mustache. In addition to these well-known artists, there were other anonymous ones who, unfortunately, have been relegated to oblivion and some more who, once they became famous, have never wanted to admit that they began their careers with Manolita Chen", recalls Montijano Ruiz.

Despite its enormous popular success, international artists such as Benny Hill declared themselves admirers of the Chinese Theater or that Francis Threshold dedicated several laudatory articles to him in which he went so far as to affirm that Manolita and Tse-Ping had "invented participation in the spectacle long before the theorists of modern theater", the artistic proposal of this couple of businessmen was always controversial. For the Francoist censorship, the Church and the most reactionary public, it was an irreverent, immoral and sinful spectacle; For left-wing groups, it was nothing more than a string of alienating numbers, of poor quality and in which coarse salt, machismo, homophobia, transphobia, xenophobia and vulgarity abounded. 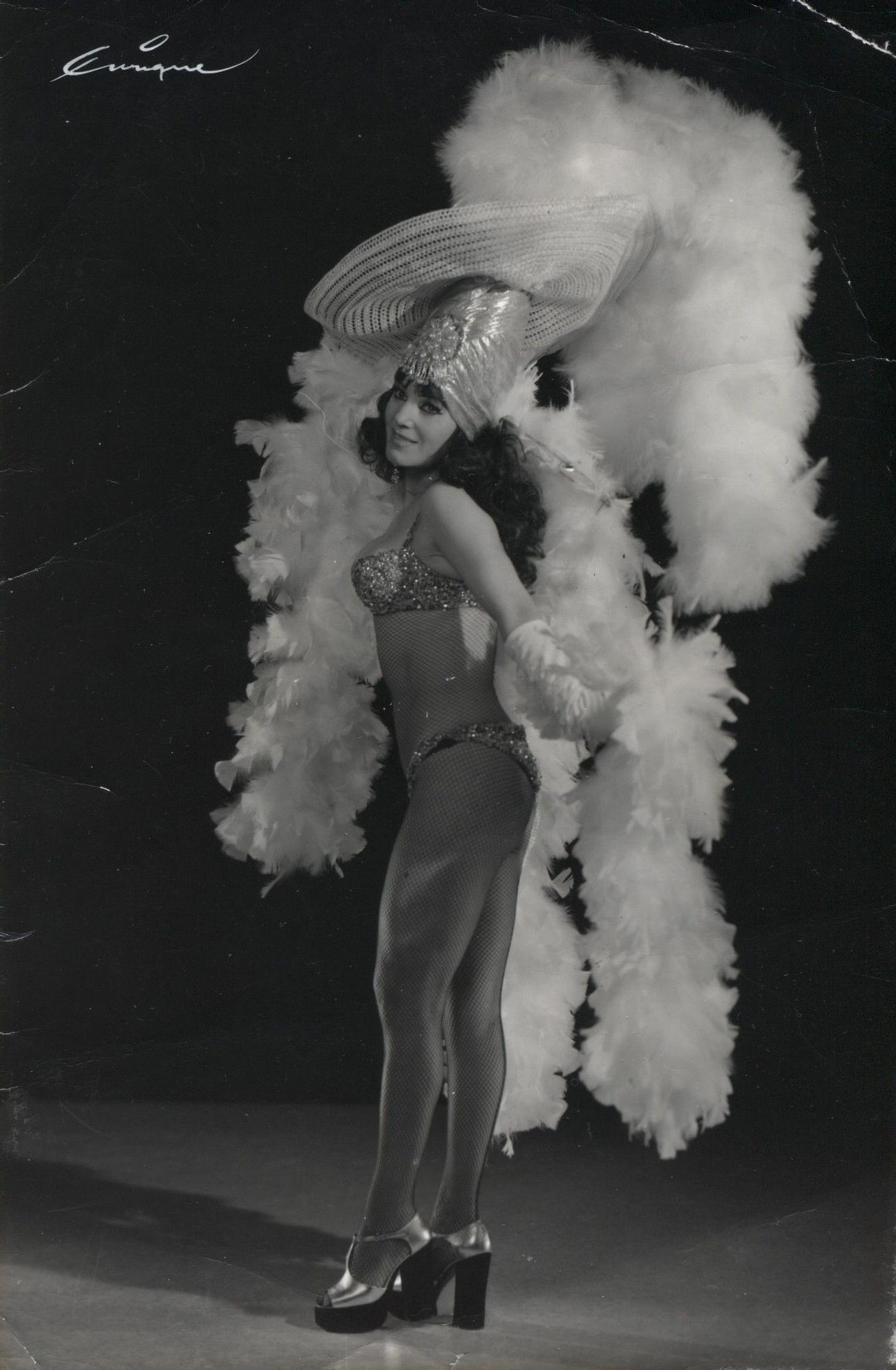 "Neither the right has ever understood culture nor is the left as champion of culture as it is believed. The two ideologies, retrograde and prudish, have belittled artists only because they were of the opposite ideology, therefore, neither of them have sufficient intellectual capacity to brand a show as immoral or vulgar", says Juan José Montijano Ruiz. "Works of art," he continues, "are daughters of their time and that is how they must be understood. Manolita Chen's Chinese Theater must be seen as a show that emerged in the late 1940s and lasted until the mid-1980s. of all that time he had to live a dictatorial regime, a Transition, a democracy and the first years of the government of Philip Gonzalez. It could be said that Manolita Chen was 'one of those who ruled', and in fact she commented that she never had any problem with Frank, despite the fact that censorship was very aware of everything that smacked of sex or moral perversion. However, she confessed to me that she was a socialist, that she always wore it very well and that she voted for the PSOE. A clear example that culture and art must be absolutely free".