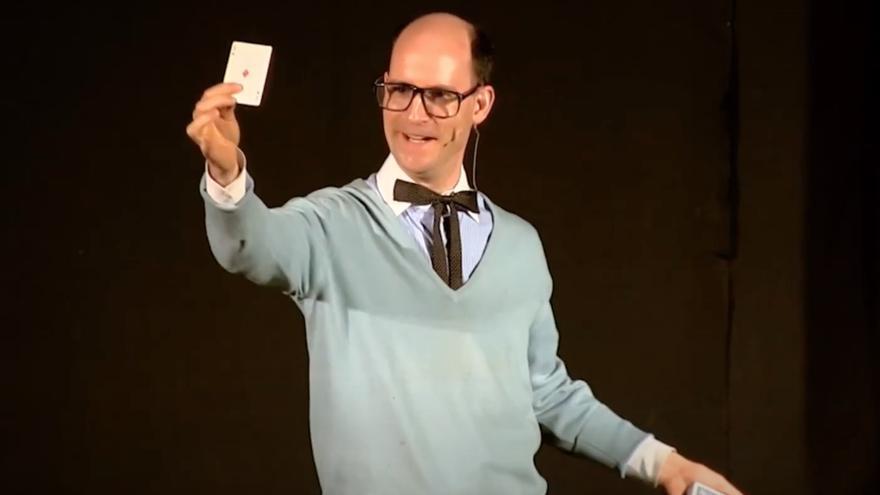 Madrid, Feb 11 (EFE) .- The solidarity show "Magic for Benin" celebrates its eleventh edition on February 20 and 21 online, in which a cast of magicians will seek to raise funds to finance the schooling of the Orphaned children from the Messengers of Peace children's center in Cotonou (Benin).

"Collaborations with Benin have been cut in half, falling just over 50%, for this reason, we decided to continue with the initiative as it were," Javier Arroyo, the creator of this project, has explained to Efe. managed to accumulate an average of 55 school children per year, more than 9,500 spectators and 132,000 euros.

This year, the show is reconverted to adapt, via digital, into an exclusively online edition made up of three galas, which will be broadcast through the Zoom and Vimeo platforms on February 20 and 21, and in which the viewers will enjoy “interactive magic” on their screens.

"The magicians have passed and continue to have a very complicated year and, even so, they continue to collaborate with 'Magia por Benín' for free," explains Arroyo, a show in which the magicians have "adapted their repertoire" in order to "supply the lack of direct contact ”, creating new ways of doing magic through options“ in which the viewer collaborates by interacting through their screen ”.

The initiative seeks to raise funds to help children "orphaned, abandoned, rescued from slave networks or in situations of abuse" hosted by the Messengers of Peace children's center in Cotonou (Benin) and guarantee school support to those who have already been reintegrated in families.

Last December they decided that due to the health crisis the edition would not be face-to-face, a decision that was “complicated”, but for which they soon found a solution thanks to “a magician who presented the platform on which to do online magic events”, Arroyo explains about this new paradigm of doing magic on the web.

In this edition, the cast of magicians will be made up of MagoMigue, Javier Botía, Jandro, Joaquín Matas and the magician Gisell, who will perform in one-hour galas, with Nico Abad, Rosa Montero, Mónica Sanz and Hilario Pino as presenters .

“The way the show will run is similar to the face-to-face; the Zoom platform allows magicians to interact with the public, making them part of the show ”, explains Arroyo.

Each magician will perform a “ten to twelve minute” performance, which will also complement audiovisual content about the children of Benin.

With an audience of 1,600 spectators in the last edition, Arroyo is aware that “people are afraid and worried”, a reality that could affect the figures for this year, although “with only 20% of the attendance of the last year we would be happy ”, he says.

After ten years celebrating the show, the Berlin-based engineer is clear about the message he stays with: “there is hope, it comforts me to see how year after year 'Magic for Benin' continues to grow” and the magicians who participate once often repeat in other editions.

"People are willing and want to collaborate, the only thing they need are projects in which they believe that they are trusted," reflects Arroyo.

Tickets are already available through its website for a magical edition in which for the first time since the creation of this project solidarity will be sought through the screens.