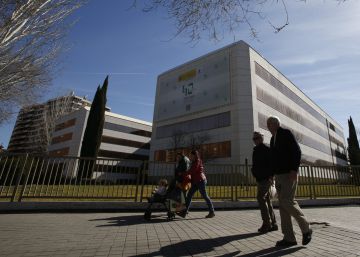 The machinery that allows the habitual functioning of the Institute for the Elderly and Social Services (Imserso) was paralyzed in 2018. The agency, under the Ministry of Social Rights – before the change of Government, the Ministry of Health, Consumption and Social Welfare – left Expire contracts that were in force (cleaning, surveillance, supply of food, computer maintenance …) and did not take out new tenders. The contractors of its network of disability assistance centers and state reference, integrated into the dependency system, stopped charging and some were about to close. An internal report, to which EL PAÍS has had access, describes the situation as “critical” and reports the serious paralysis that the organism experienced.

The report, last November, recognizes that the chaos in the hiring of Imserso has forced to resort to an extraordinary procedure to regularize the payment of 24 million euros in the Council of Ministers. This procedure, the validation of expenditure, is used when there are anomalies and the intervention has not controlled these public funds. In 2018, Imserso had to resort to the validation of 33 files worth 4.9 million euros. According to the report, before the end of 2019 it would be necessary to submit a total of 86 files to the Council of Ministers for about 19 million euros. In total, almost 24 million who did not go through the usual contracting procedures.

The extreme situation of this agency, which manages a budget of about 4,000 million a year to pay non-contributory pensions and part of the dependency care system, was also reflected in the financial control report of the year 2018 prepared by the Delegated Social Security Intervention. Public auditors qualify the hiring as “irregular.” They assure that in the Imserso there was a “normalization of an irregular contracting procedure”, which was “outside any subject to the regulations” and that it had “the consensus of the entire management team of that period”, referring to the First half of the year 2018, with Carmen Balfagón, appointed by the PP, in the direction of the institute.

When asked by EL PAÍS, Balfagón said that he tendered everything he could and that if he did not do more it was because he detected irregularities in the hiring of the previous team (César Antón, also of the PP), who denounced the Anti-Corruption Prosecutor’s Office. The former director of Imserso, who was linked to Vox but says that now she does not play in any party, has added that the directors who succeeded her continue without regularizing many contracts: “That they make a comparison between what I tendered and what they have tendered “.

Sources from the Secretary of State for Social Rights maintain that they have found “very serious irregularities” corresponding to the “management period of the PP”, a situation that they describe as “very worrying.” “While the dependency system suffered severe cuts at the hands of Mariano Rajoy, the management of the Imserso presented irregularities that point to the commission of possible crimes, which will have to settle the Justice,” added these sources. They express their intention to the Anti-Corruption Prosecutor and the Court of Auditors and explain that they have requested the Inspection of services to initiate an inspection to debug responsibilities among the institute’s workers and undertake to promote a change that allows a “boost” to dependency services.

The report of the Imserso reports that the Balfagón team tried to regularize the payments by means of an irregular procedure (called ex officio review for nullity), which the Intervention threw back up to three times. The paralysis in the processing of payments generated a delay that ultimately resulted in the “paralysis” of the contract, as described in the text. The report attributes part of the problem to the entry into force of the new Public Contract Law in March 2018 and the lack of qualified personnel. The Imserso, he adds, did not have type sheets adapted to the changes until December 2018.

The Intervention found that it was necessary to “promote extraordinarily” the validation of expenditure so that the Imserso could continue to function normally. The situation in the centers, where people with disabilities or certain diseases live or spend several hours a day, was complicated to the point that workers stopped collecting several payrolls. The activity could continue, but to the limit.

This Intervention report is part of the documentation that the Ministry of Health, Consumption and Social Welfare sent to the Court of Auditors and the Anti-Corruption Prosecutor’s Office, which investigated since the end of 2018 an alleged plot of irregular contracting in the Imserso It affects the computer applications of this body.

As EL PAÍS advanced, the prosecutor in charge of the investigation has requested information on the 2010-2018 period, including all the computer services contracts related to the dependency information system and the relationship of the people who occupied jobs related to hiring. The payments that have been validated so far (there are still about eight million euros to be regularized, according to sources familiar with the procedure) correspond mainly to services such as surveillance, food supply or gardening of the centers. Contracts under suspicion of Anticorruption are still waiting for the investigation to proceed.

The auditors complain in their report of “total absence in hiring planning” and that they were denied information to do internal control. They also recommend demanding responsibilities for officials responsible for the damage caused. In his opinion, there were several “gross negligence”, such as the stoppage of the renewal of computer services “of critical necessity” for the proper functioning, and “high unjustified delays in payment to suppliers”. The report also warned of possible consequences in the future, such as having to pay penalties or interest for late payment “in charge of public funds.”

Public auditors point out that the situation changes in September 2018 – in June of that year the team appointed by the Socialist Government had entered–, “with the incorporation of the new management team”, which found many “pending payment” files. By then, the providers were not charging but most continued to provide the service. “There has been a turn to the position maintained so far by the previous direction,” underlines the report, which highlights that the only way to legalize the situation, which he describes as “extraordinary,” was the validation of spending.