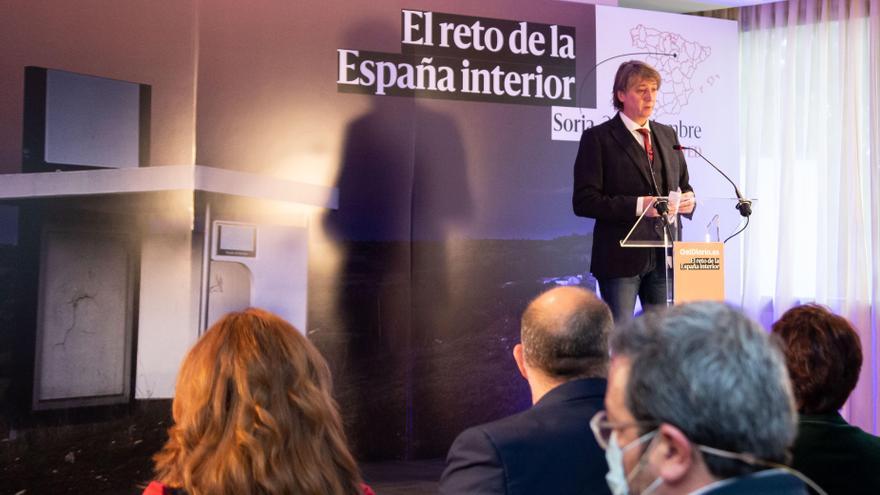 The mayor of Soria, Carlos Martínez, has inaugurated this Thursday the first of a series of debate sessions on the challenges of interior Spain by elDiario.es. In his speech, Martínez affirmed that that of these less populated territories is not only a “demographic challenge”, but also a “change in the model of social, economic and territorial development”. “There we have to do our best. Without public policies, the market will not correct this but will exacerbate it ”, he assured.

In this sense, Martínez has opted to “turn his face” towards these territories that have been classified as “problems” but which, in his opinion, are “an opportunity to safeguard the planet and to invert the development model from the point of view of of territorial view ”. “We cannot make the mistake of understanding depopulation on a municipal scale,” insisted the mayor, who reiterated that this challenge cannot be addressed without considering the need to structure territory based on districts and betting on small cities and towns. medium.

The objective of these meetings, which will cover the geography of interior Spain, is to know the demands, problems and obstacles that make the demographic challenge one of the challenges of Spanish society, and an opportunity for improvement to their habitants. The Third Vice President of the Government and Minister for the Ecological Transition and the Demographic Challenge, Teresa Ribera, will close this first day.

During the day, members of the autonomous government of Castilla y León, mayors, companies, experts, teachers … and also the people who live in these places and who have spent decades seeing how the lack of infrastructure, resources and of opportunities it depopulates territories.