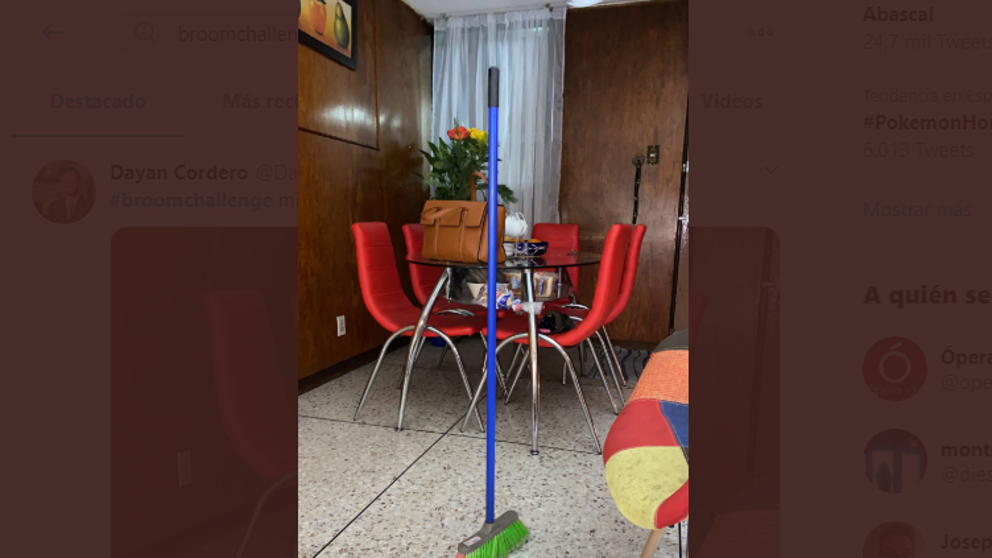 If suddenly it seems to you that the brooms are occupying all your social networks, it’s not like you see visions. Its about #broomchallenge, a new viral challenge which tries to demonstrate a physical phenomenon related to the force of gravity.

The challenge is to let a broom stand alone On the bristles. This happens, apparently, by a phenomenon of gravitational attraction of the planet over the spring equinox, or vernal equinox.

The #broomchallenge went viral last Monday, February 10, after an alleged claim sent by the POT ensure that the challenge would only work on that specific date.

Without thinking twice, users of social networks, and even celebrities and TV presenters launched on Monday to show that they could leave their broom paralyzed only by the attraction of the force of gravity, and in this way a lot of brooms were they became the protagonists of the day in Instagram Y twitter.

But something does not add up. The vernal equinox It does not happen until March 19, and in addition, the alleged message of NASA indicating the date of February 10 has never really existed.

In fact, the National Aeronautics and Space Agency He had to go out to deny it. In a publication in the NASA official twitter, the astronaut Alvin drew and the scientific Sarah Noble They respond to #BroomChallenge, showing that basic physics works every day of the year and not only on February 10.

So, it is true that, with much patience, we could get our broom to stand up.

What is false is that it is only possible on the date of February 10, or that we have to wait for the spring equinox. We could get it at any time of the year. It is also false that the phenomenon has to do with the gravitational attraction of the Earth on a given day.

Actually, it’s related to the Balance. And is that the center of gravity on a broom is very low and rests directly on the bristles. Which means that if you can place them like a tripod, your broom will remain standing. And that will happen on any day of the year.

This phenomenon of the broom that is paralyzed was explained by CNN meteorologist Chad Myers in a video that already It went viral in 2012.

As Myers explains, if you balance a broom correctly, the gravity center It directly influences the bristles causing the broom to lift itself. This meteorologist ensures that the same goes for eggs.

Naughty Dog does not rule out doing Uncharted 5