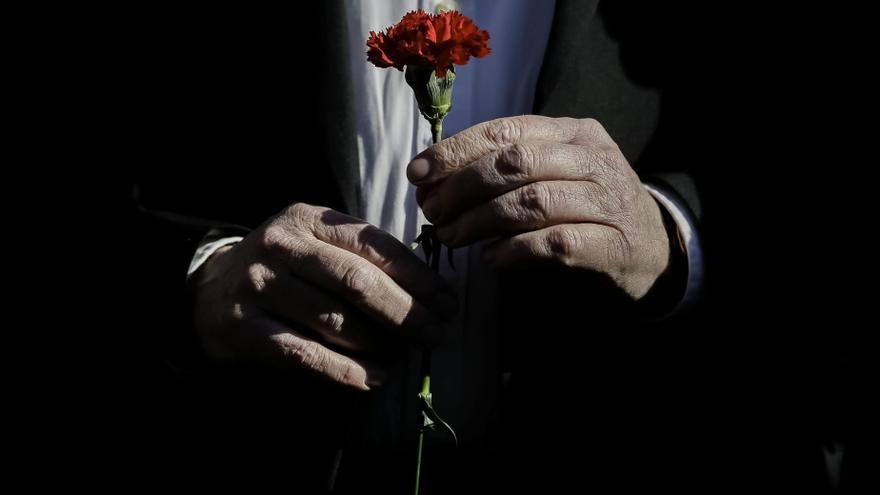 Take advantage of the perspective that the passage of time gives to make a calm analysis, from different points of view of the 2004 Madrid bombingsis the goal of 'The challenge: 11M', a documentary series that premieres Amazon Prime Video the next Friday and that gives voice to the protagonists of a tragedy that marked a before and after for Spain.

"Is a new way of looking at 11M that allows us the privilege of historical perspective. Until now it had not been possible to do it because 11M has been told from the immediacy of the day that happened, from the elections, from the trial years later…”, explains to Efe the director of the series, Carlos Agulló ('Plot for peace' , 'The other days').

The production is the second season of Amazon Prime Video's 'The Challenge' sagawhich premiered in 2020 and addressed the history of the terrorist group ETAand will be released internationally next Friday, 18 years after the Islamist attacks that killed 192 people and left more than 2,000 injured.

The series features the testimonies of victims and witnesses of the tragedyas well as members of the different security forces that were involved in the investigation and the main politicians of the time, including the then president Jose Maria Aznar.

All of them speaking “with the freedom that comes from not representing a political group or a public institution, speak without ties and with the past tense”. "We were very clear that we were going to do something without positioning ourselves and giving voice to all parties," says Agulló.

There are also testimonies -unpublished on video- such as that of Jamal Ahmidan's widow'El Chino', one of the perpetrators of the attack, who ended up blowing himself up in the apartment in Leganés where several terrorists died, and several of those accused of the “Asturian plot” that supplied the explosives.

In total they are 65 interviewshalf of them recorded on a digital set with Unreal Engine technology, which allows images of representative sites such as the Atocha station, where several of the bombs exploded, to be projected behind the interviewees.

“The biggest challenge when it comes to telling the 11M is the amount of important details that the story has. It is not like recounting the Paris attacks, which have only one dimension, the terrible drama of what happened to the victims. Here are some political and media implications that make the issue much more complex”, points out Agulló.

For this reason, the series has been structured into four 50-minute episodes and each one "adjusts to the keys of a different film genre" and recounts the moment of the attack "from different points of view."

Thus, the first is a drama told from the point of view of the victims and the anonymous heroes. The second is a political thriller and tells you about the attack from the point of view of journalists and politicians. The third is a detective genre and narrates the events with the testimony of the police officers and several accused of collaborating with the attack. and the fourth is the trial, with a special memory of the victims.

“First of all, the series seeks to make a deep reflection, that we have to build a society that takes care of its members. A tragedy cannot happen and the victims are left helpless and used as currency, as happened here”, explains the director.

What is not being talked about, he adds, is “a possible theory of the intellectual author”. “So much damage has already been done with a lot of journalism and conspiracy theory, speculating on false evidence… I prefer to stick to the judicial truth and what has been historically proven”, he adds.

And it is that from 11M, what is clear is that "there are things that will never be known" because much of the evidence disappeared in the Leganés explosions," recalls Agulló.

'11M: The Challenge' -a Par Producciones production with Guillermo Gómez and Luis Velo as executive producers- is also a memory for all those young people who did not experience the tragedy.

“Historical disclosure is essential. In the same way that there is a work by some historians who leave a confirmation of all the facts there, a documentary series is also a way of bringing this story closer to all audiences”, of making known “the most important fact of the 21st century in Spain".