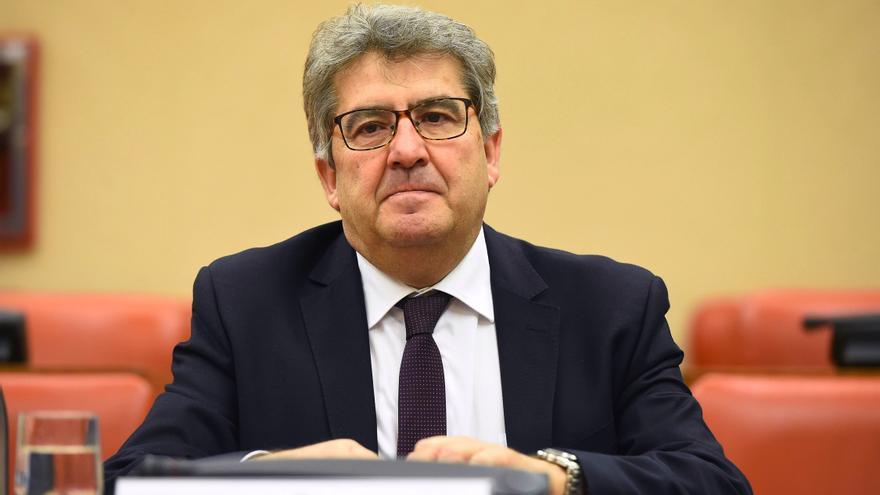 The Permanent Commission of the General Council of the Judiciary (CGPJ) has refused to grant the protection that was requested last Monday by the Criminal Magistrate of the National Court José Ricardo De Prada, to whom the most forceful sentences about the ‘box B’ of the PP are attributed in the sentence of the Gürtel case that the Supreme Court has qualified in cassation.

The judge went to the governing body of the judges before what he considers a campaign in certain media that have turned him into a “scapegoat” on which to elaborate an “interested account” of the motion of censure that cost Mariano the Presidency Rajoy.

As reported by the CGPJ, the inadmissibility occurs because a majority of the permanent ones consider that their petition does not meet the requirements that, according to the reiterated doctrine of the Supreme Court, determine the existence of an attack or disturbance of judicial independence.

Three vowels wanted to protect him

The members appointed at the proposal of the PSOE Álvaro Cuesta, Rafael Mozo and Pilar Sepúlveda, in favor of the admission to processing of the petition for protection for subsequent processing, have announced the formulation of a private vote.

In his petition to the Council, de Prada explained that he felt the need to denounce “the press campaign carried out by certain journalists and the media, in a coordinated manner”, against him, affecting his professional indemnity and seriously disturbing and disturbing its judicial independence.

De Prada perceives these manifestations “as pressure and retaliation” for his judicial action in the aforementioned matter, as well as having been chosen as a “scapegoat judge on which to elaborate an interested story with which to undermine the meaning, credibility and validity of a judicial decision that they consider unfavorable to the interests “that the aforementioned media represent.

The magistrate, who cites three written press media, accuses those responsible for these publications of attributing to him a “jurisdictionally deviant action in the court that issued the first sentence”, being responsible for improper mentions in the same that affected the Popular Party and that This was preordained to enable a motion of censure against the Government at that time, ultimately blaming it for being the trigger for it, for being in collusion with the political party that led to it.

“The sentence of the instance is personalized in me, profusely reproducing my image in the indicated media, as the magistrate who caused the motion of censure, making me part of a political-judicial plot,” he adds in his writing.

Thus, he claimed protection from the General Council of the Judiciary (CGPJ) so that, specifically, the media and journalists who signed the articles mentioned in his letter were required to “immediately” cease their described action that disturbed my independence. judicial”.

He also requests the inclusion in the aforementioned media of a rectification of the information that he considers vexatious of his person and professional prestige by exceeding the “healthy and reasonable criticism of judicial decisions, and the right to free truthful information”, in addition to qualifying of attacks on its judicial independence.

And this despite acknowledging that “the treatment that in general has been given by the press, both written and television and radio, has been correct, staying within the framework of freedom of expression, information and criticism of judicial decisions, especially after the rectification on the same day October 14 of the initial note issued by the Press Office of the Supreme Court, “which contained certain inaccuracies, which were properly corrected,” he says.

The Supreme Court confirmed the bulk of its sentence in relation to the convictions of the defendants and of the PP itself as a lucrative participant, although it considered that it partially accepted the arguments of the judge of the National Court who issued a dissenting opinion, Ángel Hurtado , in the sense of pointing out that certain expressions allusive to the finding of a ‘box b’ in the party were unnecessary.

The existence of said box B, which the sentence considered proven in relation to the criminal activity of the former treasurer of the party Luis Bárcenas, already convicted in Gürtel, is the central matter of another proceeding, the so-called case of the ‘Bárcenas papers ‘, which will begin to be judged next February.

De Prada already received last Friday the support of the Judges and Judges for Democracy (JpD) association, which issued a statement recalling that this magistrate is a member of a collegiate body, and that he acted in this matter in his professional practice and with the independence held by all members of the judicial career.