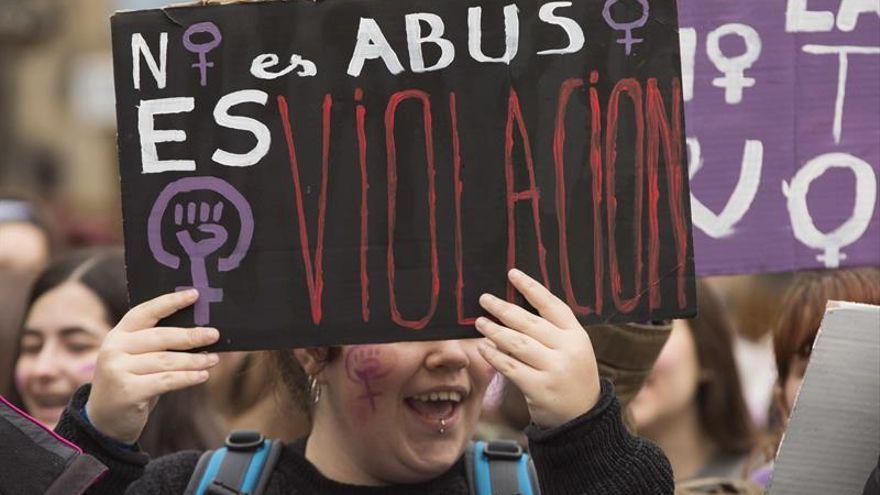 The plenary session of the General Council of the Judiciary (CGPJ) will study the report on the so-called ‘law of only yes is yes‘and that the speakers have already distributed to the rest of the members. In its proposal, prepared by the members Roser Bach, Juan Manuel Fernández and Pilar Sepúlveda, the body questions some aspects of the rule, among them, the definition made of consent or the absorption of the crime of sexual abuse in that of sexual assault .

As reported by the CGPJ in a statement, the speakers believe it is “unnecessary” to explicitly introduce a definition of consent in the law, which is one of the flags of the coalition government and especially the Ministry of Equality. And they determine it this way because the current Penal Code “is already based on the idea of ​​consent,” says the report, advanced by the Ser string. Specifically, the current wording understands that “there will be no” consent when the victim “has not freely manifested by external acts conclusive and unequivocal, according to the concurrent circumstances, his express will to participate in the act.”

The text that believes that incorporating it “will not succeed in avoiding secondary victimization” of victims of sexual violence because it “will turn the interrogations towards the way in which they usually give sexual consent to determine the scope of the ‘concurrent circumstances'”. Furthermore, it considers that drafted in this way “it determines an apparent shift of the burden of proof”, since it “seems” that the different elements of the type “should be proven by the defense to exclude typicity”, in a way that would put “at risk the principle of presumption of innocence”.

The CGPJ report is mandatory, but not binding on the Government, and the Ministry of Equality expected it already in January to later consult the Council of State and be able to send the project to Parliament for March 8, Women’s Day, but the delay of the governing body of the judges in delivering their opinion threatens these plans. Sources from the department headed by Irene Montero describe it as “surprising” that the media “are aware of the proposal for the presentation that is going to be debated before the same government that has proposed the project.” For its part, the Fiscal Council recently issued its assessment and unanimously endorsed the standard.

Distinction between aggression and abuse

The idea of ​​the Organic Law for the Comprehensive Guarantee of Sexual Freedom, which underwent last minute changes after objections and contributions made by other ministries, such as Justice, is to adapt to the Istanbul Convention, which requires that the regulation of sexual offenses are based on consent and not on other elements. Currently, for sexual assault to occur, violence and intimidation are required, while if these requirements are not met, the act is considered abuse. The new law ends this difference, so that any act without consent will be considered sexual assault.

The primary objective of the reform is to prevent a violation in which there is no explicit violence or intimidation, but rather environmental, from being considered abuse, as happened in the first two sentences of the case of ‘La Manada’, which opened the debate on the topic. Both rulings considered that it was a sexual abuse, but finally the Supreme Court ruled in July 2019 that it had been a sexual assault, considering that the attack had taken place in a “real intimidating scenario” for the victim.

However, the CGPJ report calls into question the absorption of the crime of sexual abuse in that of aggression, as proposed by law, because it considers that “it may have an effect of unprotecting the victims” because “for the perpetrator of the crime It will not have major consequences to use a commissive means more harmful than another of less intensity. To avoid this, it would be necessary to foresee an aggravated form of sexual assault when there is a particularly harmful commissive means (clearly, with violence, with threats), imposing the penalty in half higher”. Something that, in practice, would be very similar to the current distinction between assault and abuse.

All in all, the norm proposes as aggravating, and therefore, applies more penalty to the fact that the sexual assault is “preceded or accompanied” by extremely serious violence, acts that are particularly degrading or humiliating, or cause harm. to the victim. And it also includes an attenuated type that the judge may apply “taking into account the minor entity of the fact”, a precept that for the CGPJ “suffers from imprecision and lack of exhaustiveness” because it leaves “a very wide interpretive margin” to the magistrates.