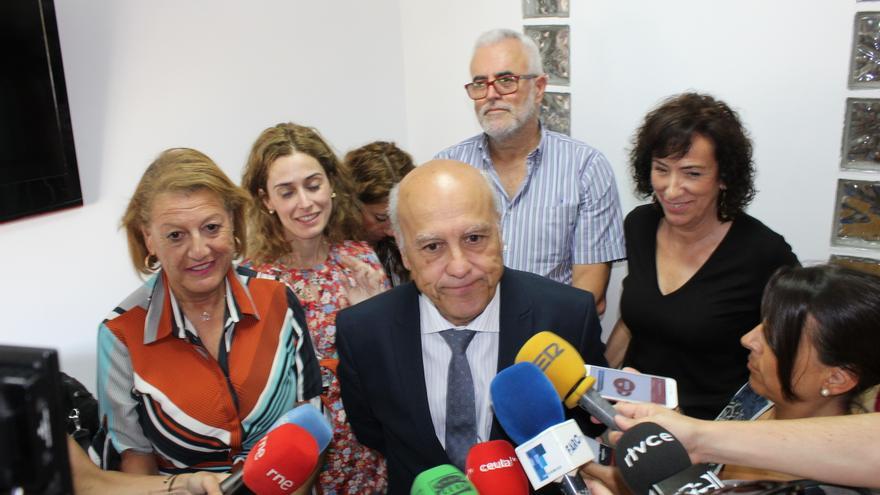 The Ceuta Minister of Health, Javier Guerrero, and other senior officials of the City Government (PP), have also anticipated the protocol and have crept into the vaccination list. The director general of Health and Consumption of the Government of the autonomous city, Rebeca Benarroch, defended this Thursday that the area councilor, herself and other workers of the department have already received the first dose of immunization: “The health personnel have been vaccinated of Public Health that is in the front line: the epidemiologist team, the Health Prevention team, the head of Vaccination … Very few people. We are scrupulously following the National Strategy “.

This has been assured by Benarroch during the presentation of the device that the local Executive has launched for the inoculation of doses. It was the spokesman for the fourth opposition group in the Assembly, Mohamed Ali (Caballas), who this Wednesday denounced that the city leaders had gone ahead and had already received the vaccine.

The Minister of Health, Javier Guerrero, has not yet ruled on his vaccination and has summoned the media at 11.30 am after the press conference he was going to offer yesterday afternoon was suspended due to an “indisposition”.

“The counselor, Dr. Javi Guerrero [desde finales de 2019 tiene la compatibilidad para seguir ejerciendo como gastroenterólogo en una clínica privada], is one of the team, pulls his shoulder as much as anyone else, works side by side with the rest of the Ministry workers to get out of this nightmare as soon as possible and he has to continue doing so ”, they have defended him in a letter near a hundred workers in that department.

The regional Executive considers that both Guerrero and the rest of the vaccinated personnel in his department are included within the “first-line health personnel”, specifically in the “Public Health group that works in the direct management of the pandemic”, whose priority must be valued “according to its risk of exposure”, according to the National Strategy.

The Autonomous City was one of the first autonomies to exhaust the first batch of Pfizer doses received (1,005 units) and last Monday it received another 975 to complete the immunization of elderly residents in geriatric hospitals and the personnel who care for them directly, as well as to INGESA Primary Care employees and part of the specialized ones.

With the first 200 doses of Moderna received last week, this Thursday began to vaccinate workers in private clinics and “other social health personnel,” as Benarroch specified.

The secretary general of the PSOE of Ceuta, Manuel Hernández, whose party supports the local government led by Juan Vivas (PP) in a minority, has called for the “immediate cessation” of Guerrero “if it is true that he has been vaccinated” and “the opening of a file for the purification of responsibilities ”.