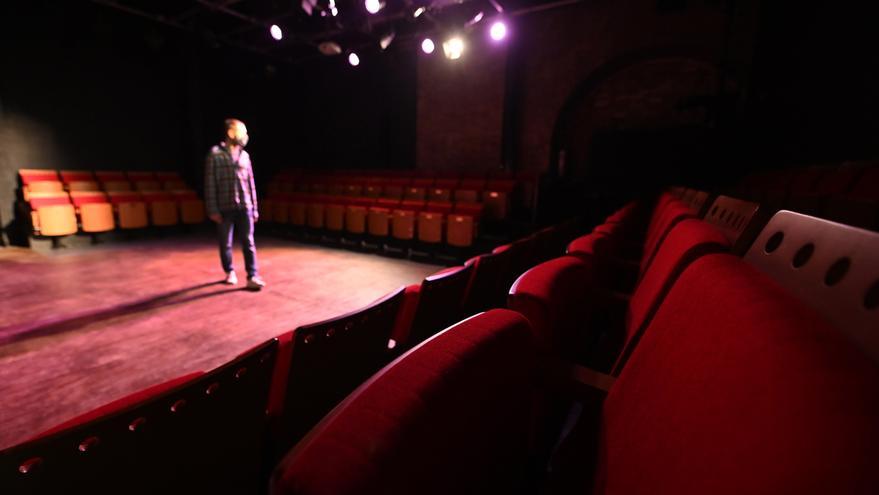 London, Jun 15 (EFE) .- The public returned to parade this Tuesday between the seats of the Cervantes Theater in London, after more than fifteen months of being locked by the pandemic, to look to the past hand in hand with the dramatic comedy " Ay Carmela".

In front of around thirty people and with the restrictions due to the covid-19 still in place, the face-to-face theater returned to the Cervantes, the only establishment of its kind that programs works in Spanish in the British capital.

"It has been a very complicated time, obviously for everyone and for the cultural sector as well," Paula Paz, director of the production and co-founder of the Cervantes Theater, told Efe.

Paz explained how they have had to adapt to stay in contact with the public thanks to dramatized readings in digital format, posting their productions online and broadcasting videos of their work during the long months of confinement.

A CLASSIC FOR REOPENING

Finally this Tuesday, after 15 months, the Cervantes reopened its doors to the public, hand in hand with a modern classic.

The work of José Sanchis Sinisterra poured on the stage an elegy from the Spanish Civil War that moved those present with the story of two itinerant artists, Carmela and Paulino, trapped in the national zone and forced to perform for Franco's troops and for prisoners of the International Brigades in Belchite (Aragon).

Three decades after its premiere, "¡Ay Carmela!" –Started in Spanish– boasts validity, dressed as a tribute to historical memory, and invites the London public to embrace past times so as not to forget one of the most sordid episodes of yesterday in Spain.

Paz smiles when he remembers how Sanchis Sinisterra himself, who wrote the story for the 50th anniversary of the Civil War, "came out very happy" to see a couple of performances of the play - one in English, one in Spanish - in 2018, when the room premiered the adaptation, a decade after "¡Ay Carmela!" debuted in London in a special representation at the Shaw Theater, coinciding with the seventy years of the war.

The play now returns to the Cervantes Theater to "help remember" from English lands, even at the mercy of the advance of the Delta variant, which has prevented the de-escalation from ending, as planned by the Government, next Monday.

THE WEST END LAUNCHES AN "SOS"

After the decision this Monday of the Executive of Boris Johnson to delay the last phase of the deconfinement from June 21 to July 19, the British theater sector struck the table to warn that this postponement puts its future in check.

"We urge the Government to consider greater support for affected theater organizations, offering a personalized insurance plan," the Society of London Theater claimed in a statement.

Andrew Lloyd Webber, renowned musical composer and owner of several theaters in the United Kingdom, joined the protest and told the media that he will reopen his theaters in London's West End neighborhood, even if it means being arrested for breaking the law.

Theaters Trust warned, for its part, that theaters that have ventured to reopen with limited capacity, such as the Cervantes, face "unsustainable" losses if the Government does not distribute "quickly" the 408 million pounds (about 474 million pounds). euros) that he pledged to add to the Funds for the Recovery of Culture to help more than 2,700 cultural entities.