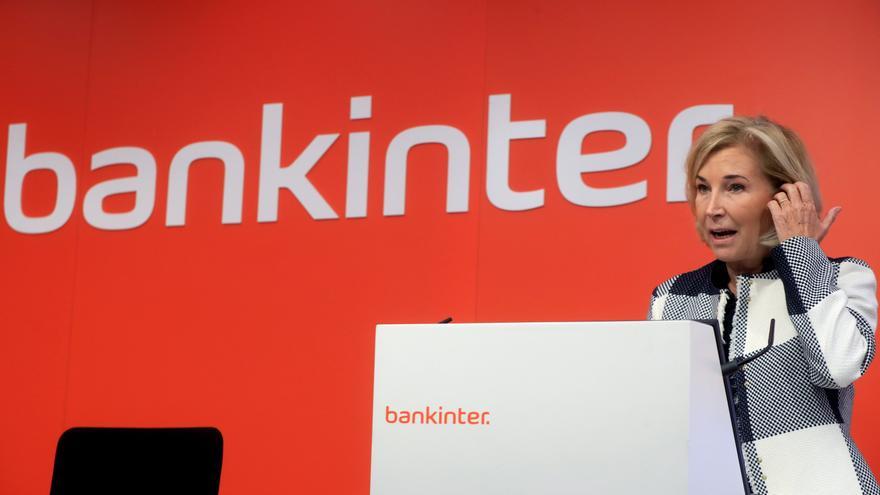 The CEO of Bankinter, María Dolores Dancausa, has come out this Thursday in defense of the bank’s first shareholder, former banker Jaime Botín, sentenced to three years in prison and a penalty of 91.7 million euros for having taken a painting from Spain of Picasso despite the prohibition of the Ministry of Culture. The first executive of the entity has assured that the sentence is “nonsense”. “I declare my support and that of all Bankinter workers,” he said.

Botín remains the first shareholder of the group, with 23% of the shares through its Cartival company and the 27th court of Madrid sentenced him in January 2020 to 18 months in prison and a fine of 52.4 million. although a month later, in a modification of the sentence, he raised the penalty to three years in prison and the aforementioned amount. The case dated back to 2015 when the French Customs service announced that it had intercepted in Corsica a Picasso valued at more than 25 million euros, belonging to Botín, and which was destined for Switzerland despite being declared non-exportable by the Spanish authorities.

Dancausa has been asked about the case in the presentation of the bank’s results, a month after it was known that the main shareholder of the group had already paid the fine of 91.7 million euros. “I am a witness of his integrity and of his work and contribution to Spanish banking,” he pointed out. “What is happening to him is a succession of inconsistencies and nonsense to which I find no logic or explanation,” he stressed. “The history that we have lived begins with a lover of the arts who buys a work in the United Kingdom, is confiscated and expropriated, is forced to pay three times the value of the work and is sentenced to jail,” he emphasized, noting that he does not expect the case to affect the bank’s image.

Dancausa has appeared this Thursday to present the bank’s results between January and September, a period in which a profit of 1,251 million euros has been recorded, five times more than last year due to the impact of the IPO of its subsidiary insurance company, Línea Directa.

The bank’s CEO also assessed the situation of the Spanish economy during the press conference, with a message to the opposition leader, Pablo Casado, who defended that Spain was on the verge of bankruptcy. “I do not think at all that this is the situation,” he assured. “I do not share that statement and I do not think it is good to make it, it is not correct,” he emphasized. However, at the same time, it has charged in a veiled way against the Government for the situation of the electricity bill and the impact it has on companies. “The important thing is that it is consistent and the promises are fulfilled and I do not see that it is fulfilled that the prices were to be lower in the electricity bill,” he emphasized.

Dancausa has returned to breastfeed for being the only major entity that has not presented an ERE in Spain. “We have been creating jobs and the key is that we did not grow much in good times and that is why we have not had to make that reduction,” he said after being asked about the strong rate of layoffs this year in the Spanish banking sector. “People should not be consistent with the fact that one year the results go bad, the loss of employment is a drama, it must be taken into account”, he stressed.

Regarding the banking business, it has for the moment refused to recommend investing in cryptocurrencies to its clients. “It is a speculative product, it is not a currency to pay, and that is why we do not recommend it,” said Dancausa, who has recognized that it is “a small revolution” and that the bank, through its subsidiary EVO, will be attentive to the evolution of this phenomenon.