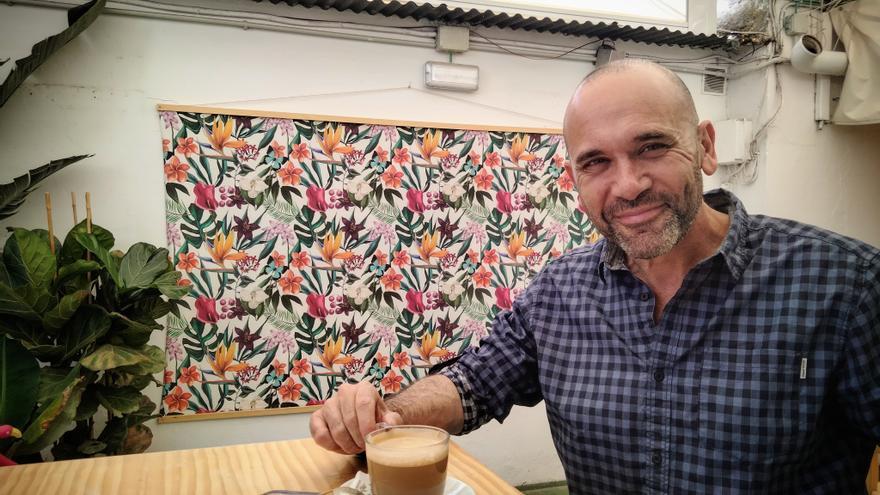 Barcelona, ​​Aug 2 (EFE) .- The writer Andrés Pérez Domínguez, who has just published “The Ballerina of Saint Petersburg”, considers that the central decades of the 20th century are “stimulating for the novelist, to develop characters that move in a complicated world full of contradictions “.

In an interview with EFE, Pérez Domínguez emphasizes that those 30s and 40s of the last century are full of “effervescence, of enormous emotional intensity, of extremely important historical events whose consequences reach our days.”

And they are inhabited by people who were enthusiastic about the arrival of new ideas until “they realized that everything was not as good as they thought”, and it should not be forgotten, he adds, that “the Bolsheviks were at first viewed with great sympathy by many people (and with great fear for others), and the same happened with fascism “.

In this work, Pérez Domínguez recovers Gordon Pinner, one of the main characters in the novel that he introduced to him, “La clave Pinner”.

In “The Dancer from Saint Petersburg” (Almuzara) Pinner is a young journalist stationed in Paris in 1930, an idealist who does not hesitate to infiltrate the exiled Russian community when his secret service comrades ask him to.

Hand in hand with a beautiful and enigmatic dancer, he discovers the remains of a vanished empire only to end up questioning its ideals, and travels to Moscow and Leningrad to find an orphan girl.

At the birth of the novel is the figure of the journalist Manuel Chaves Nogales: “Many years ago a copy of ‘What has remained of the empire of the tsars’ fell into my hands, a report by the Sevillian journalist on the Russians exiled in Paris after the revolution and immediately I saw the narrative potential, with ruined aristocrats, ex-military, liberal professionals, workers, revolutionary socialists, all united by the rejection of the Bolsheviks. ”

For the author, Pinner was the perfect character, having collaborated with the Soviet and British secret services, being half English and half Spanish, and his idea was to write some more novels starring him during the central decades of the 20th century.

Although Philip Kerr’s Bernie Gunther may be a point of reference, the Sevillian writer believes that “Pinner and Gunther are two very different types and so is the style of their literary parents.”

Paris becomes one more character in the novel, since it was “the center of the world in those years and French culture exerted an immense attraction.”

However, not all that glittered was gold, since “with few exceptions, the nobles left Russia wearing their clothes and it was common for them to be employed as chauffeurs because the only thing they knew how to do was drive, and they as housekeepers; and there were also generals who had to survive as rags in Paris. Many saved throughout the year to, for a few days, relive the splendor of the Romanov court in the hotels of the Côte d’Azur. ”

Pérez Domínguez always tries to travel to the places where his novels take place, and for “The Saint Petersburg Dancer” he returned to Paris several times and flew to Moscow to walk the same streets as Gordon Pinner in 1930 and, like him, traveled by train to St. Petersburg, where he spent several days to soak up the atmosphere of the former capital of the tsars.

And he adds: “The Bolsheviks also feared that this could happen and the evidence was the little-known kidnapping of General Alexander Kutepov, a very capable military man who believed he could lead an army to confront the Soviet regime, and who was kidnapped by agents of the Soviet Union. OGPU (secret police) disguised as gendarmes one morning when he was going to mass, as recounted in the novel. ”

Little inclined to the classification by genre, the author of “The Violinist of Mauthausen” thinks that a novel is “a cocktail where many things fit” and is never satisfied with a single ingredient: “In my novels elements of historical novel are mixed, suspense, spies, crime novels, adventures, and the important thing is that from that sum a good novel results that seduces the reader and shows them an unknown world. ”

The Sevillian author is already preparing a new novel starring Gordon Pinner, but he also has other projects in mind, and is finalizing a new collection of stories. “I don’t usually plan life a lot. I prefer to improvise, do whatever I want at all times”, concludes the author.