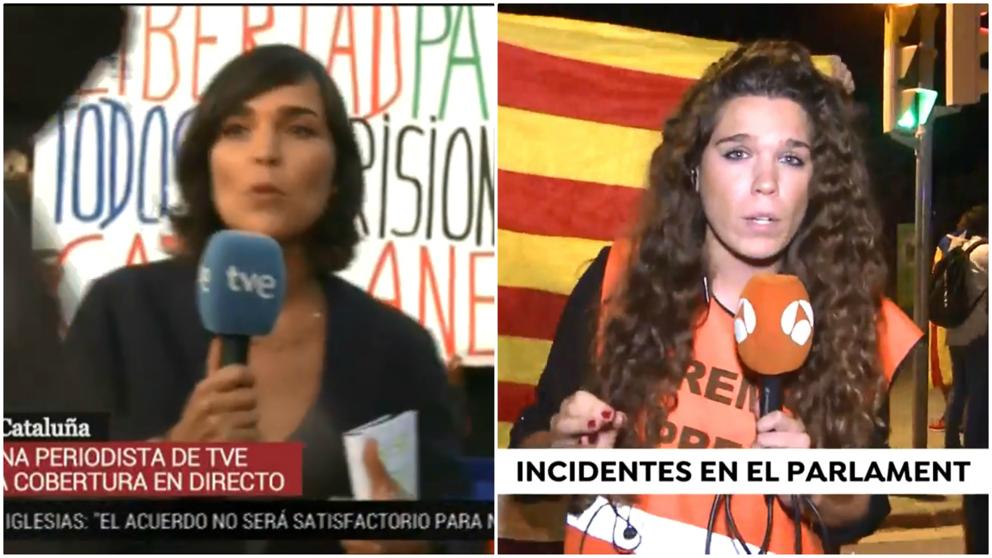 The alternative independence demonstration summoned this Diada before him Parlament from Catalonia derived in violent incidents between a group of protesters and the Mossos d’Esquadra, who guarded the Chamber. In addition, they also paid for it with audiovisual journalists. The RTVE reporter, Angela Garcia RomeroHe suffered an aggression when he was about to record: they hit him with an object and threw water and cans.

The RTVE camera was also a victim of this vandalism and both he and his work tool were soaked. One of the assailants even broke a piece of the camera after kicking the tripod and throwing it to the ground.


The CDR paid for it with RTVE and Antena 3

Some of the protesters reproached the attitude of the attackers of the self-appointed Defense Committees of the Republic (CDR), but no effect arose. After the violent episode they surrounded Angela Garcia again and shouted slogans to prevent her words from being heard during the recording.

Moments later, when the Mossos expelled the concentrates outside the Ciutadella compound, a group of protesters rebuked the Antena 3 reporter, Diana Mata, and they pushed the camera shortly before beginning their connection. Then live they tried to boycott her screaming "fucking Spain", "out" and numerous beeps.

What will be after the ‘procés’ sentence?

The best moments of this Friday, January 24 at the Academy

‘OT 2020’ cuts homophobia at the root of the Academy