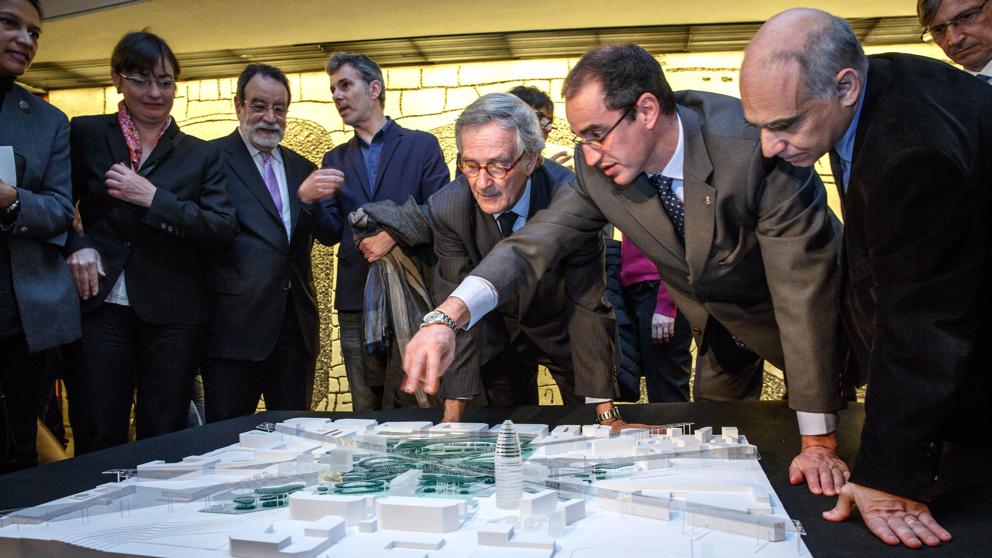 Four reports of the Civil Guard delivered to the judge of the National Court José de la Mata relate to Barcelona’s town hall at the time it was directed by CDC with the so-called 3% plot. They refer to efforts to derive concessions of works to certain construction companies and reproduce messages and notes intervened in this regard, as one of Antoni Vives (who was deputy mayor) on the plaza de les Glòries: “No technical interference. Political control of l’operació“

After a long journey, the cause of 3%, which is the alleged payment of commissions to CDC by companies in exchange for contract concessions, sets its final stretch. It started in the 2012 for the complaint of the councilor of ERC from The Vendrell Montserrat Gasull, today deceased, due to irregularities in this Consistory. From there it related to the coalition with construction companies in suspicious and irregular agreements.

According to the reports of the Civil Guard that appear in the summary, “the main managers of the convergent party interposed foundations linked to political formation as screen societies, to make viable the admission of capital arising from entrepreneurs and / or companies that were awarded public contracts that were granted by public administrations supervised by the aforementioned party and that (…) were granted as consideration for the adjudication of said tenders ”. When the interested company learned that a work was going to contest, made donations to these foundations, a contest was held ad hoc and it was granted to the firm that had carried out the income.

In four of the last reports sent by the Civil Guard to the National Court, it is pointed out that one of these administrations was the City Council of Barcelona, ​​governed by CDC between 2011 and 2015. The vehicle was the company Barcelona d’Infraestructures Municipals, Bimsa, the municipal company responsible for managing public works in the city, and the contracts for the remodeling of the Plaza de las Glòries, of the Dec de l’Est and of Consorci d’Educació, among other.

One of the reports focuses on Antoni Vives, who was deputy mayor of Urban Planning at this time and held high positions in Bimsa, and political interference is reported in the competitions, which came from the same party. Thus, there are messages from Felip Puig You live where he asks you to receive a builder because “he is a good friend and travel companion.” These contacts occur on the days when the works of the Consorci d’Educació are tendered and while also, through a manager of the same firm, steps were taken on the Dec de l’Est, contracts partially awarded to said company.

The Civil Guard also found in the computer of Vives an annotation related to the development of the works of a tunnel in the Plaza de las Glòries, where it states: “No technical interference. Political control of l’operació” In this contract, the witnesses indicate that there are numerous previous meetings between the companies that aspired to tender and CDC positions, especially with the training treasurer, Andreu Viloca, in order to form a joint venture, which is what happened.

One more fact is that it was tried that this collusion continued in the first months of the political change in the City Hall, when it arrived Ada Colau. Thus, an email from a board of directors of Bimbsa was intervened, informing three businessmen that the Bombers Museum in the Poble Sec, and he tells them that he is sorry to warn them late (it will be decided soon) but “unless it is given, I hope not, in the case of the new policy and such, you have many possibilities.”

“Unity is the only way”

What Mobile joined no one to separate