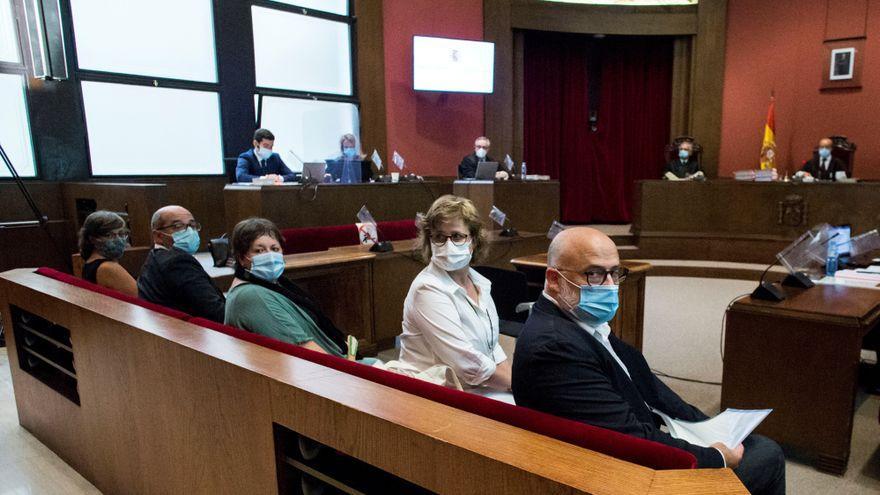 The Superior Court of Justice of Catalonia (TSJC) has sentenced to one year and eight months of disqualification and a fine of 30,000 euros to the former sovereign members of the Parliamentary Table chaired by Carme Forcadell for a crime of disobedience to the Constitutional Court by promoting the laws sovereignists of 1-O.

The sentence almost entirely accepts the thesis of the Prosecutor’s Office, which asked for 20 months of disqualification of the former vice presidents and former secretaries of Parliament Anna Simó (ERC), Ramona Barrufet, Lluís Corominas and Lluís Guinó (PDECat), although it acquits the former deputy of the CUP Mireia Boya, of whom she considers that she was not nominally warned nor did she occupy a position compatible with the crime of disobedience for which the members of the Table are sentenced.

The conviction was taken for granted taking into account the content of the judgment of the procés in relation to the former president of the Parliament Carme Forcadell, that she was convicted of the same acts that the defendants faced in the TSJC but for sedition instead of disobedience. The Supreme Court concluded that Forcadell and the Board facilitated the debate and approval of the 1-O laws “in stubborn opposition to all the requirements formulated by the Constitutional Court,” which warned them not to develop them.

The robes discard the main allegation of the defenses, this era, that the members of the Table were protected by parliamentary inviolability, the right of the deputies not to be prosecuted for their acts as representatives of the citizenship.

At the discretion of the court, former deputies are protected by inviolability in the issuance of opinions and votes, but not in the processing of parliamentary initiatives. And at this point is where the TSJC appreciates the disobedience of the defendants, for processing different resolutions related to the sovereign process, including the so-called ‘disconnection laws’, despite the Constitutional warnings not to do so.