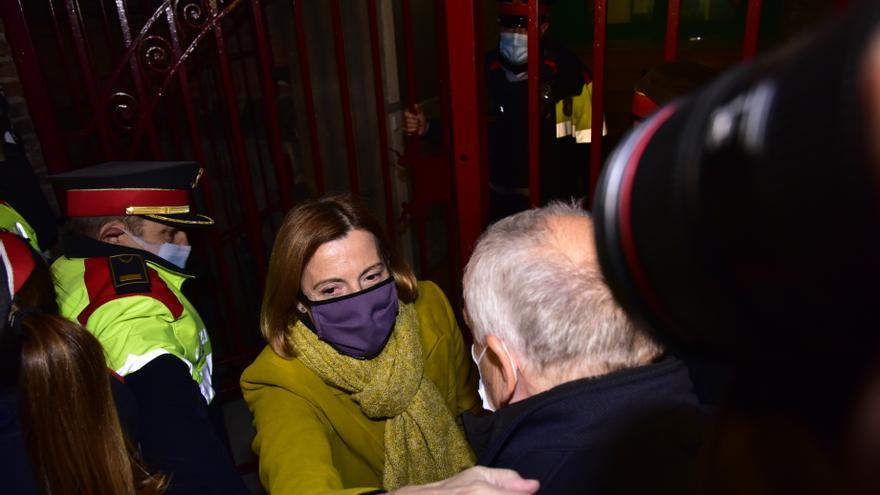 Catalan prisons have once again proposed classifying procés prisoners in third degree, equivalent to semi-freedom. The decision of the Catalan penitentiary centers, which the Ministry of Justice must confirm in less than two months, comes after The Supreme Court will revoke the first third degree in December amid harsh criticism of prison professionals and the Generalitat.

Every six months prisons must classify all inmates. The most common degree is the second, the ordinary. A year ago, in their first classification, the nine prisoners for sedition remained in the second degree, although made more flexible through the application of article 100.2 of the regulations, which allowed them to leave prison during the week to work or take care of relatives. In the summer they entered third grade, equivalent to semi-freedom. But the Supreme Court overthrew both 100.2, granting itself the jurisdiction to decide it until then in the hands of the Provincial Courts, as well as the third degree that the penitentiary judges had endorsed.

The magistrates of the High Court considered that the prisoners should spend more time in strict prison and harshly charged the Catalan penitentiary administration, whom they accused of “emptying the content” of the procés sentence through the third degree for allegedly sharing an independence ideology with the prisoners. With his decision, the Supreme closed the door to any avenue to make the prison of the procés prisoners more flexible than the pardon. The Government is studying whether to grant the grace measure, a decision that in any case will not be taken until after the planned Catalan elections – although with high possibilities of being suspended – for December 14.

In this context of confrontation, the proposal of the Treatment Boards, made up of psychologists, jurists and educators, from the prisons of Lledoners, Wad Ras and Puig de les Basses regarding Oriol Junqueras, Raül Romeva, Josep Rull, was issued this Thursday. Jordi Turull, Jordi Sànchez, Jordi Cuixart, Joaquim Forn, Carme Forcadell and Dolors Bassa. The secretary of Criminal Measures and Reintegration of the Ministry of Justice of the Generalitat, Amand Calderó, has been in charge of announcing the proposal of the prisons and sending a message to the Supreme Court: “Putting the focus on prison treatment is a mistake” .

Unlike the first unanimous classification in third degree, on this occasion only the proposals by Cuixart, Sànchez and Bassa have received the endorsement of all the members of the Boards, while the proposal of semi-release for the rest of the prisoners has been approved by majority. Calderó has defended that the six more months that the prisoners have served in prison and the fact that they all serve a quarter of the sentence this February are “new circumstances” that should facilitate that, on this occasion, the Supreme Court does not revoke semi-freedom.