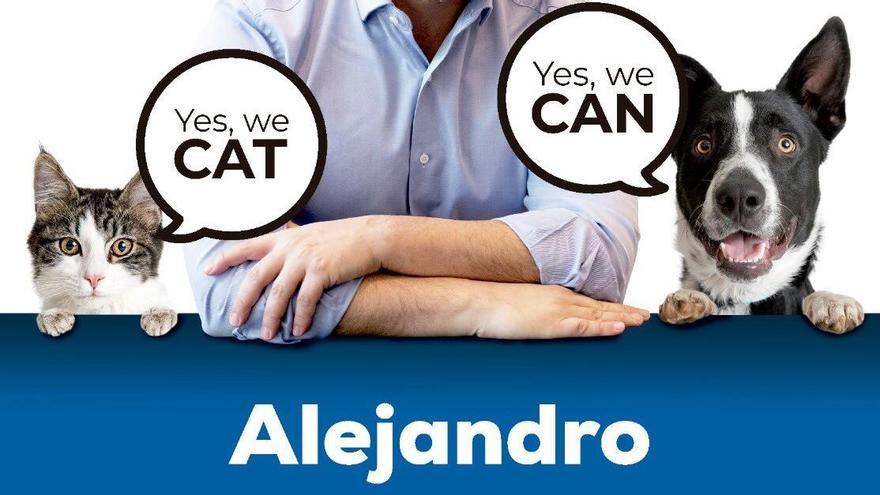 Flanked by a dog and a cat with a certain command of English, the president of the Popular Party of Catalonia, Alejandro Fernández, has starred in the party’s new Christmas campaign for the recovery of “harmony and coexistence” in the region. The message, published on the social networks of the Catalan PP, calls for the recovery of dialogue so as not to get along “like a dog and a cat.”

The montage shows the regional president of the formation calling, up to three times, to coexistence while, by his side, the animals launch two separate word games: Yes, we CAT, Yes, we CAN. All this, crowned by a Christmas greeting, the party’s logo and a montage that has little to envy the most remembered campaign of its protagonist.

Before occupying the regional presidency of the popular, Alejandro Fernández tried in 2011 to assault the mayor’s office of the city of Tarragona using a musical advertisement.

Three years after the success of Lady Gaga’s song and taking advantage of her own name, Fernández presented his own version of “Alejandro” in an attempt to gain popularity among voters to the rhythm of “if you have any doubts about who’s cool in Tarragona, Alejandro moves, Alejandro gets wet.”

That campaign, denounced by the artist’s distributor and producer, ended with the PP withdrawing the video and losing a local election to which they had run under the slogan “Tarragona deserves the best ideas.”

While waiting for a possible complaint by Barack Obama’s campaign team, the new Christmas campaign of the Catalan People’s Party goes ahead betting on a message that flees from the row, the shock and contrasts with what has been observed in recent weeks in the Congress of Deputies.