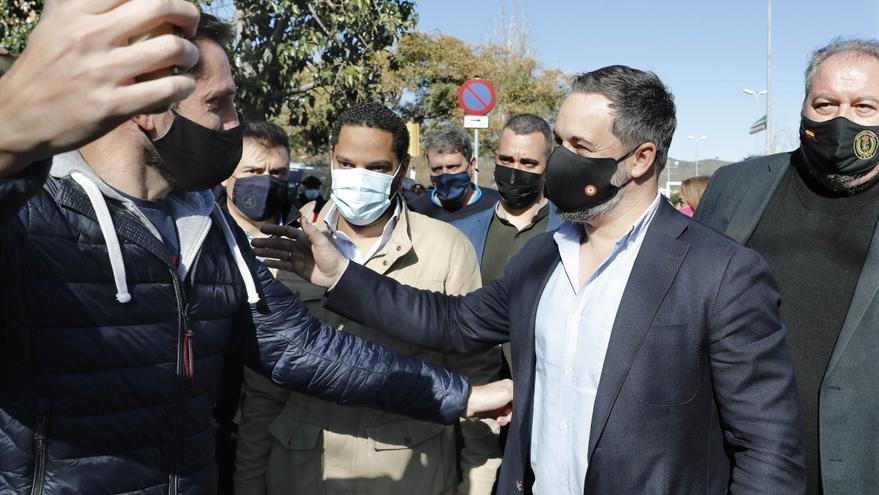 The main entities that represent the Islamic community in Catalonia have reported this Tuesday to the Prosecutor’s Office the ultra Vox party for incitement to hatred, as has advanced The country and sources from the Union of Islamic Communities of Catalonia (UCIC) have confirmed to the ACN agency.

This organization, along with the other two federations that group 90% of the 330 mosques in Catalonia, have denounced that the videos that Vox disseminates on social networks under the slogan ‘Stop Islamization in Catalonia’ “incite hatred against Islam and the Muslims in Catalonia and Spain ”

The entities point out that “linking Islam and Muslims to terrorism as a right-wing voting strategy is a barbarous act” aimed at “feeding racism, xenophobia and hatred of Muslims.” That is why they think that Vox makes an “assault on democracy, justice and freedom.” Finally, the three entities have asked the rest of the political parties in the campaign to respect the principles of freedom and religious conscience and not use religious sentiments in a partisan way.

According The country, the complaint focuses on a video in which news related to the Islamic community in Catalonia is mixed with images of the attacks of August 17, 2017 in the Ramblas of Barcelona, ​​representing Muslims as “dangerous foreigners, suspicious or potentially terrorists ”.

Precisely, this very Tuesday residents of Ripoll (Girona) received the ultra party with posters, horns and shouts of “fascists out of our towns”, after both the candidate for the Generalitat, Ignacio Garriga, and the party president in Madrid, Rocío Monasterio, have been referred to in the city as “cradle of jihadism”.

Vox has taken advantage of the visit to the municipality where the imam accused of the 17-A attacks lived to re-link Ripoll with terrorism and immigration with the “totalitarianism of Islam.” After the parliaments, the Vox delegation, for the first time in this campaign, has walked through the streets of the municipality. The goal was to get to the mosque to take the photo. They have succeeded, followed by groups of antifascists and guarded by the Mossos.