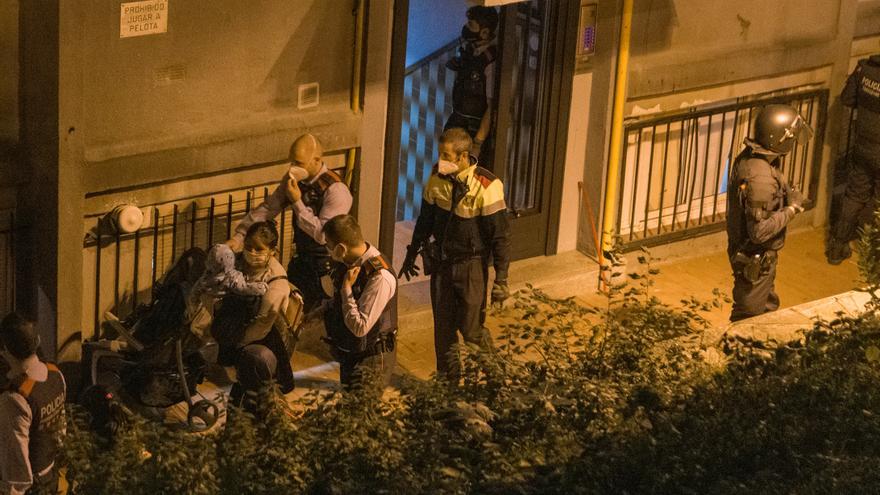 The Generalitat de Catalunya has diluted his anti-eviction decree approved just two weeks ago. The Minister of the Interior, Miquel Samper, has recognized that the norm is a “patch” because the regional Executive “does not have powers” to establish by law that the judges do not order the evictions of the most vulnerable groups as it is a state competition.

In an interview in SER Catalunya, Sàmper has amended himself and other members of the cabinet, such as the head of Justice, the republican Ester Capella, or his fellow neo-convergent and regional minister, Damià Calvet. When the Government approved the decree on November 3, Sàmper affirmed that the norm served “to protect vulnerable families from the risk of residential exclusion during the state of alarm.” Calvet argued that the decree was a “very powerful instrument” so that the judges would have “no doubt to avoid evictions,” while Capella argued that the norm did not allow “interpretations” of the judges contrary to suspending the releases of vulnerable families.

However, this Friday Sàmper has acknowledged that, despite the Catalan decree, stopping evictions is the responsibility of the Government, which should “provide for a moratorium until the alarm decree ends in May.” According to Sàmper, “steps are being taken” to ensure that the Executive of PSOE and United We can approve this moratorium. “While we are making patches,” he added.

It is the first time that a member of the Catalan Executive clearly recognizes that the powers to avoid evictions are state. The controversy between the Government and the judges is based on the fact that the suspension of the eviction or the non-admission of a launching demand are procedural acts whose competence to regulate them corresponds to the central Government and not to the autonomies.

Until now, the interpretation that the judges had given to the autonomous Catalan regulations on evictions was that they did not have procedural effects and therefore were not used to stop evictions. The Audiencia de Barcelona, ​​in an agreement of all its sections, established that the anti-eviction decree approved by the Parliament last year allows the Generalitat to fine large owners if they do not offer a social rent, but that the norm does not serve to paralyze evictions. In other words, that the lack of protection of the vulnerable tenant only has administrative consequences in the form of a fine for the landlord, but not the procedural effect of suspending the launch.

For now, the judges have not reached a common agreement regarding the new decree and each magistrate will proceed to resolve the eviction demands individually. There are serious probabilities that the new rule of the Generalitat will end up in the Constitutional Court after a magistrate raises a question of unconstitutionality.

“We have what we have, and we hope that the delegation of competence will arrive or an update of the Madrid alarm decree. It cannot be that in a complex moment and with current poverty there are people who have no place to sleep and live” , has asserted the minister.

Sàmper has also referred the role of the Mossos d’Esquadra in evictions of vulnerable families. The minister has trusted that the return of Josep Lluís Trapero to the head of the Catalan police will involve a more “guarantee” management of evictions, given the major’s commitment to mediation and that he always dedicates 50% of the interventions to social topics. “We cannot give an image of strength, which should be the last option,” he indicated.