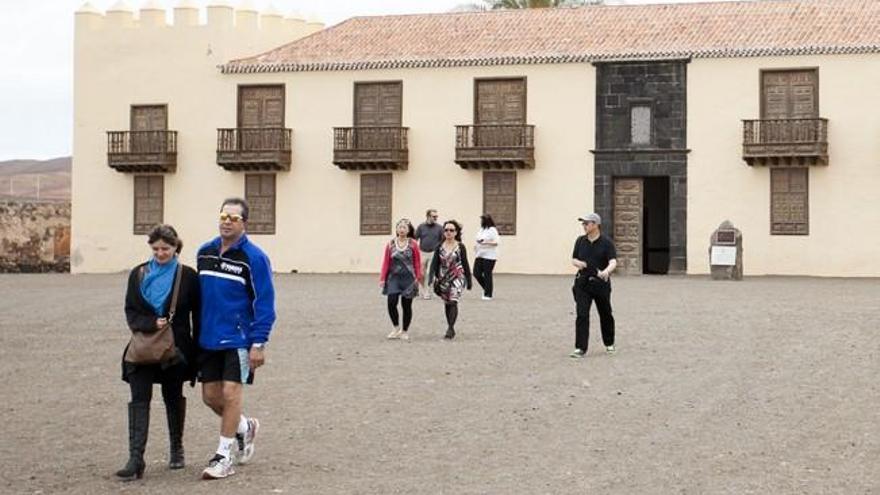 The House of the Colonels, in La Oliva (Fuerteventura) has started a new stage as a cultural space, by hosting a stable multidisciplinary program that includes concerts, Filmoteca Canaria screenings, dance, workshops and children’s activities.

The Deputy Minister of Culture of the Government of the Canary Islands, Juan Marquez, has presented this Tuesday, at a press conference, the new program for the Coroneles house, a building almost 400 years old that was restored in 2005 by the Canary Islands Government and in which exhibitions of Canarian artists have been programmed since so.

During his speech, Márquez pointed out that the Vice-Ministry of Culture has considered turning the house into a “cultural benchmark for the entire Canary Islands and, at the same time, generating a stable program in a space that offers potential to program all kinds of activities multidisciplinary with a program that takes into account the cultural fabric of the island, its creative industries and the talent of its artists ”.

The deputy councilor has recognized that it is “a complicated time when programming, but the best help that can be given to the cultural sector of the Canary Islands is to reprogram and recover cultural activity and for this the Casa de los Coroneles is going to become a benchmark in that sense “, while he has advocated” decentralizing “culture beyond the two capital islands, so the Casa de los Coroneles” allows us to develop that objective. ”

The initiative is based on the idea of converting the Casa de los Coroneles into an open space that offers activities of various cultural disciplines that are of interest to viewers of different ages and tastes, especially with the local audience and visitors in mind.

In the musical sphere, the central patio of the House will be the scene of the live concerts, with a capacity of 50 spectators or more depending on the evolution of the sanitary recommendations.

Programming includes a concert on the first Saturday of every month, at 12:30 pm, which will feature local groups and artists, an initiative that aims to contribute to highlighting the music that is made on the island. The next ones will be in charge of the Crazy Goats group, (November 11) and La Gaveta (December 5).

On the other hand, on the second Saturday of the month there will also be space for music, this time in the afternoon with groups from other islands or from outside the archipelago.

Among the scheduled artists are Abraham Cupeiro (November 14th), the Insular School of Music (November 21) and the pianist Ignacio Clemente (December 12), to which is added the innovative multidisciplinary show ‘Kairós’, a dialogue between dance and music, and between artists and the public that can be seen on December 19.

Also included in this section are the ‘Commented Auditions’ workshops, a journey through the history of music, aimed at all audiences and of all ages, regardless of whether or not they have prior knowledge of music.

In the field of cinema, since September, Los Coroneles has been the new screening venue for Filmoteca Canaria, where the public can access films and documentaries in their original versions, which do not reach commercial circuits.

With a very limited capacity at the moment, this week begins the cycle ‘100 years of Korean Cinema’, some of whose titles have already been screened in Tenerife and Gran Canaria with great public success, organized after the worldwide repercussion of the Oscar-winning film ‘Parasites’.

This October there will also be a new activity: ‘Heaven at your fingertips’, consisting of a night session of astronomical observation from the terrace of the building, which will be preceded by a conference in which some milestones of what can be seen below will be advanced and the art workshops ‘Re-vueltxs’ and the children’s sessions ‘La Casa de los Coroneles Counts’.

For his part, the director of the space, Alejandro Vitaubet has announced the next exhibitions among which are ‘an exhibition of painting by José Betancort and a photography by Marta Torrecilla to which a training program will join in 2020 “aimed at to promote contemporary arts from the point of view of artistic technique ”.