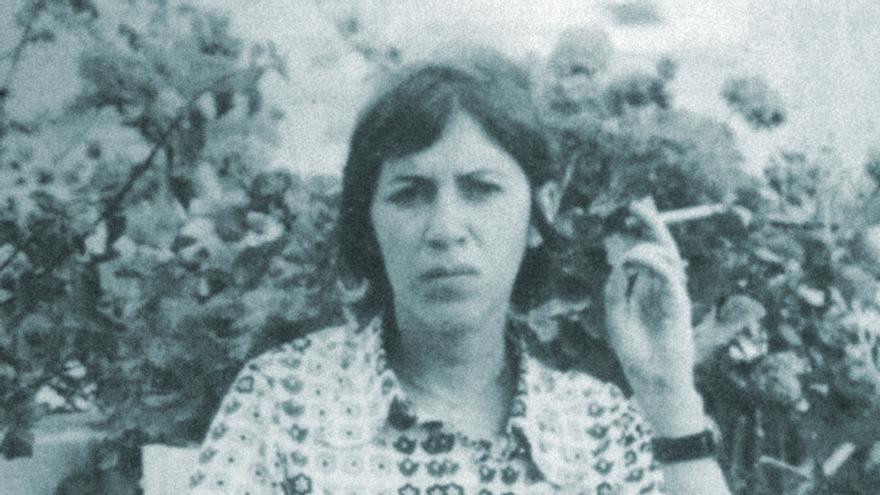 The Casa de Colón hosts on February 24, at 6:00 p.m., the presentation of the book ‘I am exodus and arrival’, a compilation of poems from the second half of Natalia Sosa Ayala’s life edited by Torremozas in collaboration with the Government of the Canary Islands as a commemoration of the author, to whom the Canarian Literature Day in 2021 is dedicated.

The event was attended by the director of Torremozas editions, Marta Porpetta, and the doctor in Hispanic Philology and essential researcher in the figure of Sosa Ayala, Blanca Hernández Quintana.

This activity, organized by the General Directorate of Culture of the Government of the Canary Islands, is free, with limited places, and it is necessary to register in advance on the web www.casadecolon.com/actividades.

‘I’m exodus and arrival’, of 188 pages, recovers the mature work of the Gran Canaria writer Natalia Sosa Ayala (1938-2000), one of the most particular poetic voices of the second half of the 20th century, who makes literature her means of resistance, but always from underground and from a silenced voice that seeks to make itself heard.

The book compiles, under the edition of Blanca Hernández Quintana, the poetic work written from the nineties: his book ‘December’ (1992), the third chapter of ‘When the afternoon is shadow’ (1999), which includes poems written from 1996 to 1997, and the posthumous collection of poems ‘The poems of a stateless woman’ (2003).

“Natalia Sosa’s exodus is the journey towards herself, which, far from being silent, makes noise of words, sexual desire and moments, fragility and monsters. Images that he uses as a way to soften and understand the disconcerting and inflexible touch of reality with a dark lucidity, that which allows us to see what the strangeness of living consists of, which sometimes overwhelms us ”, explains Torremozas publishing house about this book , which already in 2018 published ‘I’m not Natalia’.

A rebellious voice during the Franco regime

As with most poets, Natalia Sosa Ayala was not a typical woman. Woman, writer and conviction of the left in Franco’s Spain. Sosa Ayala’s work embraced all literary genres. Perhaps poetry was, of all, his most favorite art. However, in his literary production, we find articles, chronicles, narrative and a biography.

The author also became soaked in the artistic movement of the Canaries of the Franco regime. Pinito del Oro, Pepe Dámaso, Mary Sánchez, Orlando Hernández, Lucy Cabrera Ayala or Yolanda Graziani are some of the artists with whom the poet established friendship or artistic collaborations throughout her life.

The protagonist of the Canary Islands Day of Letters

Like every February, the Archipelago celebrates the Day of Canary Letters, a commemoration of all the writers who throughout the history of the islands have contributed to the construction of our identity and speak through literature. This year is dedicated to the writer from Gran Canaria, a fundamental poet in the library of authors of the Canary Islands.

The Government of the Canary Islands has instituted since 2006 the celebration of the Day of the Canary Islands, which takes place every February 21. The choice of this anniversary as the commemorative date is due to the fact that that same day in 1813 took place the death of José de Viera y Clavijo, who is a clear exponent of Canarian letters.

Each year, in addition to the figure of the illustrated polygraph, a special tribute is dedicated to an author, whose merits the Canarian community wishes to highlight, promoting knowledge of his life and work.