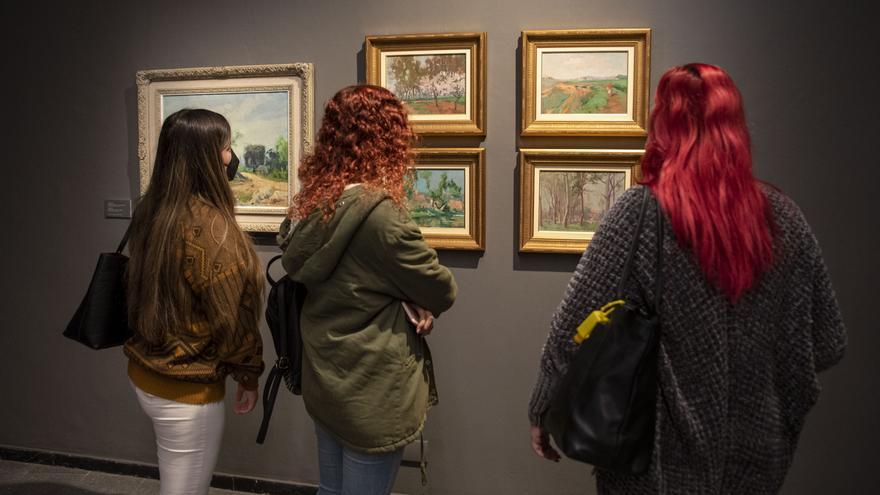 The Columbus House closed last 2021 with an attendance of 73,815 visitors and users (59,663 to the Museum, 12,520 to activities and 1,632 to the library), which translates into almost 35% more than in 2020, when 54,831 people were counted. This increase of 18,984 visitors is a very positive figure despite the pandemic situation, which reflects a trend of recovery and growth that already began to be seen in the month of May, it increased considerably in July and remained until the end of the year. If the figure is compared with pre-pandemic data, that is, 2019, the number of visits is still very far, since that year the emblematic Vegueta museum center, which last year celebrated its 70th anniversary, registered an attendance of 175,349 people.

Data for 2021 have improved compared to 2020 despite significant capacity restrictions, which in previous alert levels 3 and 4 reached a maximum of 4 per room, and were possibly influenced by the 50 percent bonus in the rate between the months of June and December, in addition to the increase in tourists and the implementation of new digital resources, such as The Museum as I play it with Disa, 3D Glasses or the recent application 'Horizonte Guanahaní', which make the visit much more attractive.

The return of foreign tourism has been one of the keys to the gradual recovery, since the 30,971 visitors represented 52 percent of the entrance to the Museum. The medal table for foreigners is led by France, although in the last four months it was surpassed by the Germans. During this period, the return of tourism from Germany and the United Kingdom to Gran Canaria was confirmed, despite the pandemic figures at origin. The total data is led by France, Germany, Italy, Poland, the United Kingdom, the Netherlands, Belgium, Switzerland, Sweden and the Czech Republic.

National tourism has also been essential in 2021, with a record of 17,514 people, arriving in some month, like August, to be majority. The Canarian public, with a number of 8,191, continues to be the one that still has the hardest time visiting museums. Although it had a relevant attendance in summer, it decreased in the last two months.

It is also worth noting last year the recovery of the school public, mainly in the last quarter of the year, in which numerous groups were received on a daily basis. Almost 3,000 people, including schoolchildren, families and other groups, have made use of the guided tours service or have participated in the workshops given during the year.

Activities throughout the year, with a loyal audience

The enclosure maintained, always respecting the epidemiological situation, all the regular programming, to which numerous events were added, among them the events organized on the occasion of the 70th anniversary. The large audience, almost entirely loyal and who has practically completed all the available capacity, has been enthusiastic and very grateful to be able to enjoy the Culture live.

In 2021, the Casa de Colón has renewed and intensified the effort, motivated by a conviction and framed within the work of the Insular Service of Museums, regarding the search, promotion and dissemination of real equality, to organize activities that make women visible and their roles throughout history, including on the internet, as reflected in the 1st Cyberfeminism Seminar Culture, women and online action.

In addition, the commitment acquired years ago with the dissemination of Ibero-American cinematographies, has also been maintained and reinforced in 2021, with the permanent activity Colon Cinema which already has a loyal audience, and with the support of the Vertigo Film Association for the celebration of IBÉRTIGO, the 19th Ibero-American Film Festival, the 19th Japanese Film Week, and the third Korean Film Week, together with the consulate of That country.

The venue also continues to be a meeting place for professionals and music lovers. Among other activities, the cycle 'Ancient Music in the Patio' was once again a success with the public and brought together the best interpreters of the Canary Islands. The genre, of which the Casa de Colón is already a reference, was reinforced in the last part of the year with the cycle 'Island, sea, music', which took place in the six museum centers of the Cabildo. And it has also been a museum open to society, since it has given its space to institutions, publishers and very diverse cultural and social groups for the celebration of countless activities.

Regarding the library data, last year 1,632 people used it, including students and researchers, which means an increase not only compared to 2020 but, more importantly, over the number registered in 2019 when 1,294 attended it.