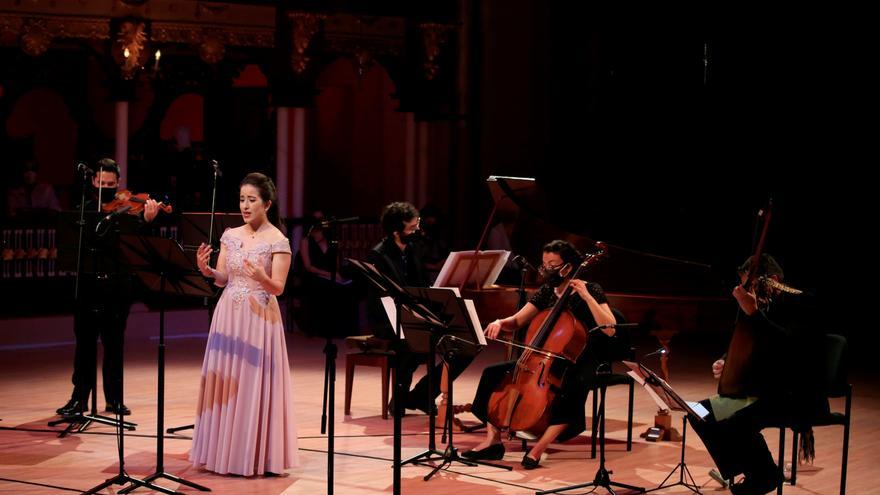 The trip began with a conference-concert by the Italian musicologist and pianist Giovanni Bietti, who addressed the development of opera from its birth and revealed the elements that made it one of the most appreciated genres during the seventeenth century.

During the five days of the 2021 edition of the festival, which will be short due to the pandemic, spectators will take a look at the most select of the Baroque periods with the composers Monteverdi and Händel; classic with Pergolesi and Wolfgang Amadeus Mozart; classic and romantic with Gioachino Rossini, Vincenzo Bellini and Gaetano Donizetti to finally indulge in the romanticism and late romanticism of Giuseppe Verdi and Giacomo Puccini.

The founder of the festival, Julia Salvi, explained to Efe that the celebration of the festival in the midst of this pandemic has represented a huge challenge “from the operational details to the strict biosafety measures that we have adopted to protect the health of our public.”

“We had to adapt to this new experience, which we did not choose, to keep the culture alive,” he said.

In these moments of uncertainty and having just passed the hardest month so far of the pandemic in Colombia, Salvi assured that the festival is also a space that serves to “bring a little hope to our lives.”

“The festival allows us to feed the spirit because our mind also needs food and there is no food more beautiful than music,” he explained.

He added that they have “worked a lot, with a lot of effort to get to where we have arrived, so we have to protect and care for what we have built in the face of adversity impeccably so that everyone feels safe and protected by those who are offering them a new experience.”

LOOKING FORWARD TO THE 2022 FESTIVAL

The general director of the festival, the Italian Antonio Miscenà, described as “prohibitive” to try to summarize the history of Italian opera in five days for what he considers this edition as a prelude to 2022.

The festival will present a special concert called “Music in Pictures”, which brings together several of the most outstanding soundtracks of famous Colombian and Italian films “.

The concert, performed by the children of the Cartagena Symphony Orchestra and directed by the Italian Aurelio Zarrelli, is dedicated to composers such as Nino Rota, author of the music of “El Padrino” and “Felliniana”; Hans Zimmer, creator of the soundtrack of “The Lion King” and “Pirates of the Caribbean”, and Germán Arrieta, in charge of the music of “La Estrategia del Caracol”, among others.

The festival, which will end on July 4, will have its face-to-face programming at the Adolfo Mejía Theater and at the Getsemaní auditorium of the Cartagena de Indias Convention Center.