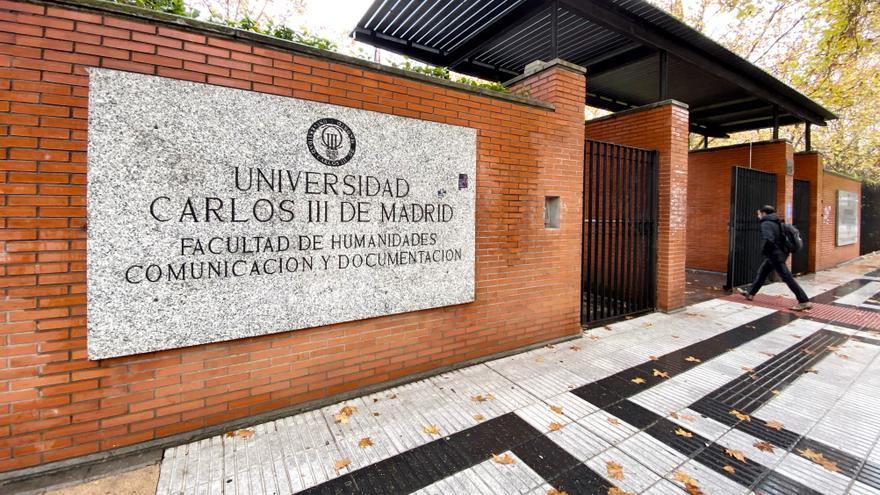 Nurse SB went on vacation in July and never returned to work at the Carlos III University. When he returned, the police were waiting to arrest him and bring him to justice. The agents had already viewed the voluminous archive of photos and videos showing professors and other University workers that the toilet stored. From his observation it is deduced that SB hid a small camera in one of the shelves where he performed electrocardiograms and other medical tests.

One of the affected women has reminded the Police in the last hours how in one of the annual medical examinations, SB made her repeat the electrode on three occasions, naked from the waist up, and for this he removed and put the electrodes back on. other so many times.

The videos show complete scenes of the tests, from the time the woman enters the room until the test ends, with a high image quality, several women who have already testified before the two police officers who have traveled to this area coincide. week to the Getafe campus.

In one of the videos, SB is seen approaching the camera and turning it off. The folders are marked with the full name of the woman engraved. In other cases, the videos are pieces edited by SB after they were recorded. The defendant uses different effects to trick the images, according to sources in the case. Several victims who have already declared to the Police have recognized themselves recorded by the health service in different years. SB began working as an external at Universidad Carlos III in 2009.

The health worker and his wife were in the middle of the separation process when he went on vacation and she took the opportunity to take several CDs to the Aranjuez police station. The agents opened report 4907/21 and transferred the material to their colleagues from Technological Research. They found that the files had not been disseminated on the Internet, which would have aggravated the alleged crimes committed by SB by surreptitiously recording his companions. It remained to wait for him to return home.

After his arrest, still in July, The Judicial Police group from the Aranjuez police station placed the detainee at the disposal of the investigating court and first instance number 2 of Aranjuez, on duty that day. After the statement, the Prosecutor’s Office decided not to request precautionary measures and the nurse was released, charged with a crime against privacy.

The preliminary proceedings ended up being distributed in the investigating court number 3 of the same Madrid town, whose head is Cristina García, the magistrate who instructed the Interligare case. The judge decreed the secrecy of summary that with the passage of the weeks raised, according to legal sources. SB is currently terminated from work from Quirón, the company that provides health services to the Carlos III University, as a result of the judicial investigation. elDiario.es has tried to collect Chiron’s version without success.

On the other hand, victims of the Getafe and Leganés campuses express their discomfort at having to have found out by this means of the arrest of SB and because more than 24 hours later the only pronouncement of the university has occurred through the media and by a letter from the manager of the University that they received Thursday morning in their corporate mail.

The letter repeats the extremes reported to the media by a spokesman on Wednesday, such as that “based on the information available, these recordings have not been shared or disseminated.” The manager of the University assures that the center has appeared in the actions “in defense of the interests of the university community and in support of the affected workers.”

The Carlos III has put its legal services at the service of the affected personnel and assures in the letter that if it has only contacted the victims after giving a statement to the agents, it is to “not interfere in the investigation.” The employees consulted by elDiario.es regret that the university and Quirón learned of the case long before the victims and the rest of the staff and that the rector of the University, Juan Romo, has not yet addressed them.

One of these women, who claims to speak through a group of university employees, conveys “everyone’s gratitude” to the complainant, the nurse’s ex-wife. “If it wasn’t for her, we would never have known,” he adds.