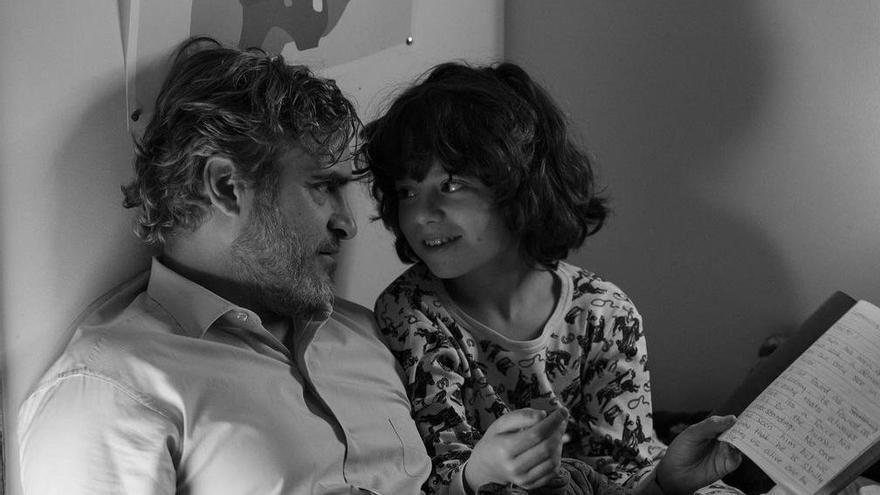 The COVID-19 pandemic put in stand by to society and, as a consequence, also to the cinema. The big launches were delayed, the filming stopped and the big festivals had to adapt to the new sanitary protocols. That was the case with the last edition of the Gijón Film Festival, which he found in the streaming the main ally to broadcast the event that crowned the beautiful fable of First cow as the big winner.

The 59th edition of the contest, which is held from November 19 to 27 in Gijón, returns to normality. At least as far as prespeciality is concerned, because if the argument of the works presented for this occasion is taken into account, it is clear that the pandemic has served as a springboard to delve into a series of topics that now seem to acquire more importance than ever. . It is, broadly speaking, an invitation to reflect on the human condition.

Whether in the official selection or in parallel, the Gijón festival has programmed films that have in common the ability to address concepts such as care, precariousness or claustrophobia of the millennial generation. Stories that, in short, serve as a reflection of a contemporary society plagued by successive economic crises and the recent global pandemic.

This is the case of the film in charge of opening this edition: C’mon C’mon. Always aheadby American director and video clip maker Mike Mills. Is about a road movie starring Joaquin Phoenix which proposes a road trip that, as usual in this subgenre, serves as an excuse to narrate the personal growth of the protagonists after facing a series of conflicts. Here, who also played the Joker in the homonymous film, is a radio journalist who for a few days will be responsible for taking care of his little nephew.

Another type of care, not so related to the affective relationships in the family nucleus, is approached by the young Hispanic-Argentine filmmaker Amalia Ulman in her debut film, The planet. The feature film, co-starring the director herself and her mother, presents two people with financial problems on the verge of being evicted as a result of the latest crisis. But it is not posed from the tremendous, but from a tragicomedy smeared with philosophy Carpe Diem In a gray and lethargic city

And although the wear and tear derived from the crisis is intergenerational, there is a group that is especially marked by this exhaustion: the millennials (born between 1980 and 2000). That is why one of the festival’s bets speaks of the claustrophobia of a generation and how social networks, which in principle should serve to connect people, have precisely become a problem for social relationships.

The three titles reviewed are not the only noteworthy of a wide program that can also be enjoyed from home through online passes. There are also proposals such as Imaculat, George Chiper-Lillemark and Monica Stan, on the stresses created in a detox center; the documentary An impassive sky David Varela, who resurrects the battle of Brunete from the Spanish Civil War; or Belle by Mamoru Hosoda, one of the most talented animators in contemporary Japanese cinema.

More than half a century of history

With almost half a century of history, the Gijón Film Festival has become one of the must-see events in the seventh art. Hence, many big names do not resonate and its appeal, more than commercial, comes from the discovery. Both from newer directors in the Retueyos section (which presents first, second or third feature films) and from more experienced directors in the Albar section (with a significant number of films). Both are part of the official section and, although they are made up of different creators, they share stories that address the social, political and economic situation.

Hence, for the opening of the event they have chosen the aforementioned Mills. He does not have extensive experience in cinema (although he does in music videos), but his choice is not trivial: the Gijon meeting reflects on whether auteur cinema is possible today.

The intention has always been to put the magnifying glass on that outside the commercial route, a philosophy that has accompanied the festival since its inception in 1963. It was then that the Asturian cartoonist and cinephile Isaac del Rivero created the International Children’s Film and TV Contest, targeting the smaller audience when few cinematic encounters did. The current name of the festival would not arrive until 1986, but the special interest towards young people is maintained through its most veteran section: Enfants Terribles, which precisely proposes a selection of films for adolescents in various languages.

Del Rivero continued to lead the festival until 1981, but behind him a tradition that each year at the end of November is loaded with an agenda that, in addition to cinema, also includes music concerts, exhibitions, book presentations or workshops. For this occasion, for example, a master class by the director Ainhoa ​​Rodríguez on the process of creating her feature film is scheduled Brave flash, awarded in the previous edition of the festival.

The proximity is another aspect to take into account of the festival, since during the more than a week that it lasts it is not strange to find independent filmmakers strolling through the streets, making Gijón a meeting point in addition to the theaters. This has been the case of prestigious independent film directors who made an appearance in previous years, such as Abbas Kiarostami, Jem Cohen or Claire Denis, among many others.

On this occasion, for now, we already know several winners: the filmmaker Icíar Bollaín, who will receive the Woman in Cinema Award 2021; actress Chiara Mastroianni, honorary award; and Gonzalo Suárez, winner of the II Isaac del Rivero Prize in recognition of his creative career. Some awards that, together with the reading of the list of winners on Saturday, September 27, are of almost obligatory interest for all cinephiles interested in stories beyond the usual commercial circuits.

Vanesa Martín: “Life is the best scenario there is”