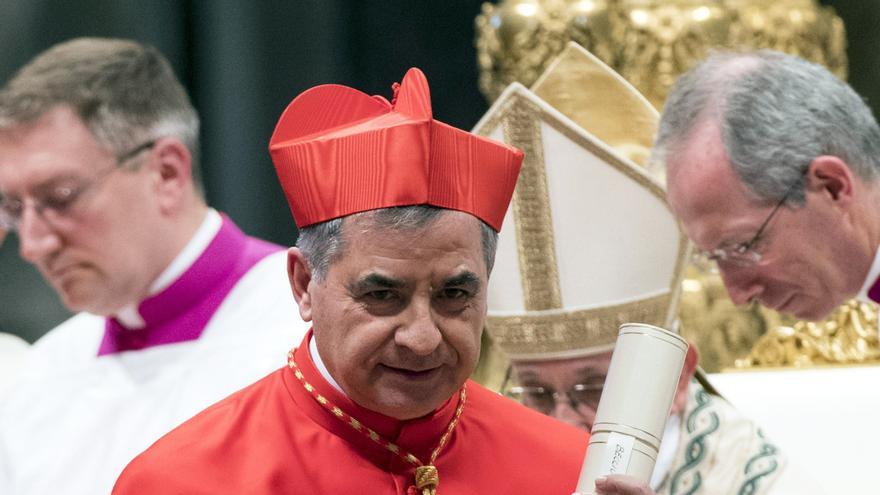 A cardinal defenestrated by the Pope. A spy on the African continent and a diplomatic network parallel to that of the Holy See. Investments in palaces in the VIP area of ​​London, tax havens, Chanel bags or Elton John movies. A spiral of corruption that affects the main organs of the Vatican. And, above all, more than 400 million euros stolen from the money that Catholics give to the Pope to help the poor. All this is judged as of this Tuesday, in the largest macro-trial in the history of the Holy See, which sits on the dock of the accused a dozen leaders of the Curia, including Cardinal Angelo Becciu, until a few months ago the head of the Vatican ‘machine of saints’ and who could end up in jail, accused, among other things, of embezzlement and bribery during his time as number two of the Secretary of State.

The trial, for which a huge room in the Vatican Museums has been set up, is historic for several reasons. The main one, because it is the first time that a member of the College of Cardinals has been prosecuted, whose performance could be key to a hole in the Vatican coffers that experts estimate at more than 400 million euros. The second, because regardless of the convictions, this process marks a before and after in Pope Francis’ commitment to transparency, which has ended the lack of control in the Vatican accounts, and is about to conclude the long-awaited reform of the Curia, which will end the privileges – and the obscurities – of the Vatican ministries.

Together with Becciu they will also go through the bench broker Gianluigi Torzi, accused of having kept a commission of 15 million euros for the purchase and sale of the palace on Sloane Avenue in London – 10% of the amount that Becciu would have approved to withdraw from the funds of the St. Peter’s Obolus, the money that the Catholics from all over the world offer the Pope for works of charity -; the former president of the Financial Supervision Authority of the Holy See (AIF), René Brülhart, who had to monitor the legality of Vatican investments and whom the Prosecutor’s Office accuses of abuse of functions, as well as his right hand, Tommaso di Ruzza ; or Monsignor Mauro Carlino, former secretary of the substitute for the Secretary of State, accused of extortion.

Along with them, the former responsible for the investments of the Secretary of State, such as Enrico Craso, prosecuted for embezzlement, corruption, extortion, money laundering and self-laundering, fraud, abuse of functions, falsification of public documents by an individual and falsification of private documents; o Raffaele Mincione, the broker that caused the Secretary of State to subscribe important shares of the fund that the London palace owned, and that later used that money, presumably, for speculative investments and money laundering.

Nicola Squillace, lawyer involved in the negotiations; Fabrizio Tirabassi, secretary of the Administrative Office of the Secretary of State who played a prominent role in the matter, accused of corruption, extortion, embezzlement, fraud and abuse of functions; Y Cecilia Marogna, Becciu’s friend, who received more than half a million euros from the Secretary of State for work related to alleged negotiations for the release of kidnapped missionaries, as well as for the creation of a diplomatic network parallel to the official one of the Holy See. Of that money, about 200,000 euros were used to buy luxury items in brands such as Prada, Tod’s or Chanel.

According to the letter of the Prosecutor’s Office, of almost 500 pages, the lion’s share of the scandal is in the purchase of a complex at 60 Sloane Avenue in the London neighborhood of Chelsea through the Athena Capital fund, which was made until seven $ 200 million earnings from the Obolus. The promoter of Vatican Justice (prosecutor) estimates that, only in the London palace, some 454 million euros have been allocated using “totally abnormal schemes”. Another fund, the Centurion, based in Malta, was able to use almost 71 million euros from the Vatican in investments in companies such as the toy company Giochi Preziosi, the production of films such as Rocketman or Men in Black, or the acquisition of a property in Rome for 13 million euros with the false excuse that it was an investment from the Bambino Gesú hospital.

And what was Becciu’s role? The Vatican prosecutor’s office dedicates 73 pages to analyzing the Italian cardinal and the payments that the Secretary of State and the Italian Episcopal Conference granted to several companies, including a brewery, owned by one of his brothers. A mechanism similar to that used to help friends in the nunciatures of Cuba or Angola, as well as some “scandalous” works in the Nunciature in Egypt, invoiced to the carpentry of another brother of Becciu.

With regard to the London building, the prosecution estimates that Becciu was able to participate in two of the building buy-back offers, for an amount of more than 350 million euros. Yes, the authorization of the cardinal for the investment of 200 million dollars of the Obolus of San Pedro in the Athena fund seems proven “without a minimum of guarantees and, above all, without any control to prevent the offerings of the faithful paid to subsidize charities will be used to finance reckless speculative incursions, “according to the prosecutor’s report.