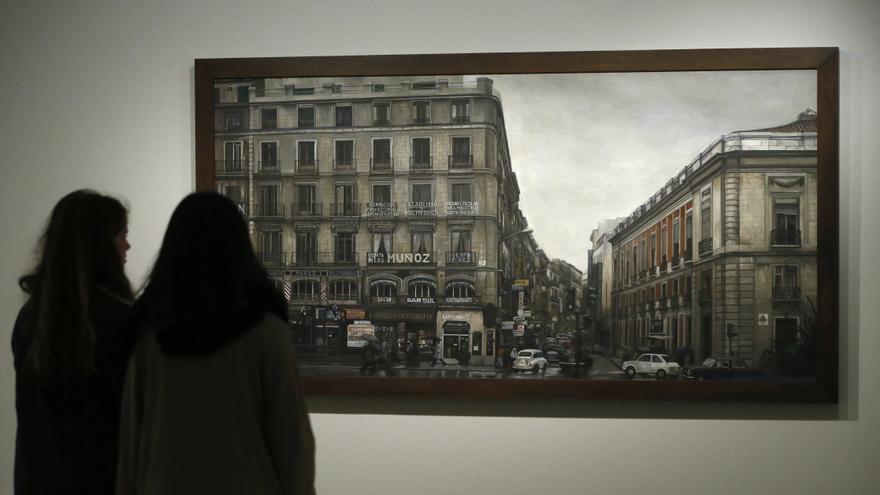 Madrid, May 25 (EFE) .- The Plenary of Madrid today unanimously approved dedicating several street routes to six multidisciplinary artists known as “the realists of Madrid”, who have now died and are remembered for their contribution to the arts and cultural development from the city, such as Amalia Avia Peña, Francisco López Hernández and María del Pilar Moreno Blasco.

A route will also be dedicated to Julio López Hernández, Isabel Quintanilla and Esperanza Parada Pedrosa, as detailed by the PSOE councilor Mar Espinar, who has brought this initiative to the plenary session of Cibeles and who has specified that the streets that honor them will be located in some of the new urban developments in the capital.

With this initiative, Madrid wants to remember a group of “extraordinary artists who are part of the history of the city”, known as “the realists of Madrid”, who in previous years have already been the protagonists of joint exhibitions, for example, at the Thyssen National Museum, where the “hypnotic” of his pieces was unveiled.

With this new tribute approved today it is intended to applaud the way in which “they knew better than anyone else the streets, shops, cracks, streets and illustrious characters of Madrid”, in addition to other “intimate issues” such as “the passing of the years” .

All the artists who will name a street lived or worked in Madrid and “ended up being friends and families”.

Culture spokesperson Andrea Levy has supported the proposal, arguing that Madrid and Spain “have a debt” with this group of artists who knew how to immortalize Madrid “from multiple perspectives”; while from Vox they have applauded that “these artists are taken from oblivion.”

For its part, from Más Madrid they have valued this initiative to publicize the “fantastic work” of these painters, who represent and enrich the city.