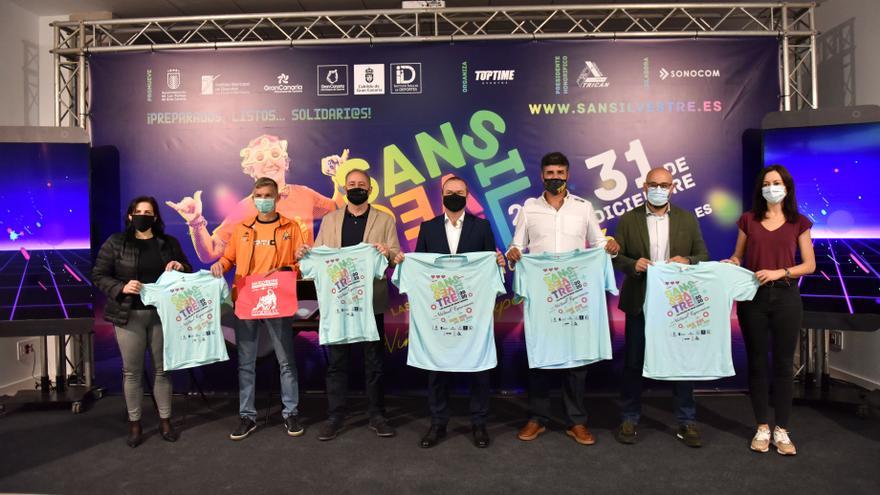 At the event – which was also attended by the manager of Top Time, Pablo González, and the president of the Trican club, José Rodriguez Medina, and the manager of the IMD, Leticia López-, the capital city councilor detailed the main aspects of this new edition whose monitoring will be carried out through an application for smartphones that will monitor the kilometers to be made individually by the participants, who They will be able to cover them in the environment that each runner chooses, thus giving the possibility of participating from anywhere on the planet.

“This is a more than consolidated test in the sports calendar not only of the city but of the country, thanks to the excellent weather that our city offers. Therefore, until the last edition, the San Silvestre de Las Palmas de Gran Canaria has become one of the most populous end-of-year events, reaching up to 12,000 participants, being even, in the last editions, the third of all Spain in terms of the number of runners “, remembered Hidalgo.

For this reason, and “given the current situation caused by Covid-19”, the capital city councilor insisted on “the importance of maintaining the spirit of the test taking into account the logical sanitary limitations that we must maintain to guarantee the safety of the participants. This event, which has a triple family, solidarity and sports aspect, already has an international dimension, and we want it to continue growing, because this pandemic, sooner rather than later, will be left behind in time, “he stressed.

For his part, the Councilor for Sports, Aridany Romero, stressed that “the pandemic will not be an excuse to celebrate this event”, which has “an important economic contribution from the Municipal Sports Institute that guarantees once again its celebration, this year in its virtual mode “. In this sense, “we invite all citizens and families to register, to continue supporting the solidarity projects that support the five NGOs to which the collection is intended.”

The Councilor for Sports of the Cabildo de Gran Canaria, Francisco Castellano, also highlighted the solidarity and festive value of a test that is consolidating itself as one of the inescapable events in the capital, reiterating the support of the Insular Institute for the test: “It is a Exceptional and special edition, but I have no doubt that it will be a success. Our collaboration goes hand in hand with the City Council and the organizers, in this case Top Time. It will be a before and after, not only because of the marked technological imprint that will characterize this edition, but because I believe that it is an excellent novelty that it is possible to participate by taking times and records from anywhere in the municipality and on the planet “.

For his part, the president of the Trican club and representative of the founders, José Rodríguez, influenced the evolution experienced in San Silvestre in its 19 years of existence, “with quite humble beginnings in the streets of the city, according to the reality of that time, although over the years, with an increasingly refined organization, it was already foreseen that it could take on a relative importance. This is a unique year in which, however, we could not stop being, taking into account that the next will be the twentieth edition, in which we hope to cover all those people who want to renew their desire after the pandemic and in a more normalized health security situation, “he concluded.

Finally, the head of Top Time Events, Pablo González, explained different details of the race, “One more year we are here, in a different situation, more direct through the app, more flexible due to the possibility of being able to participate on the 31st of December in the schedule and the route that we choose. We work in a virtual San Silvestre, respecting the fundamental pillars that characterize it: healthy sports activity, the family environment, health security and solidarity “.

The organizers of the race will have for this edition the SXActive tool, an app developed specifically to carry out this event. “In it, the 6 kilometers -or the 500 meters, in the case of the children’s modality- can be carried out in a safe environment and individually, “explained Pablo González, head of Top Time, a distance that they can cover

The event and users will also be encouraged to participate through social networks, such as Facebook and Instagram, either through hashtags or by creating participatory photo galleries on platforms such as Google Photos.

Registration for the test can be done through the website www.sansilvestre.es. The registration fee for this edition is 10 euros, of which five will go to different NGOs, in this case the same ones that participated in the previous edition: Spanish Red Cross, SOS Children’s Villages, Doctors of the World, CEAR and the Association of Children with Cancer Little Brave.

The deadline to sign up for San Silvestre will be next December 31 at 4:00 p.m. With the registration, the commemorative t-shirt of the event will be sent, which may be chosen to collect it personally the week before the event on the 28th, 29th and 30th (hours and location will be published on the web later) or receive it at your home.

Said selected itinerary will be within the limits established by the competent Government for Covid19 prevention. Likewise, please be especially careful with the safety distance recommended by Health. The results of the participants will be reflected on the website itself.