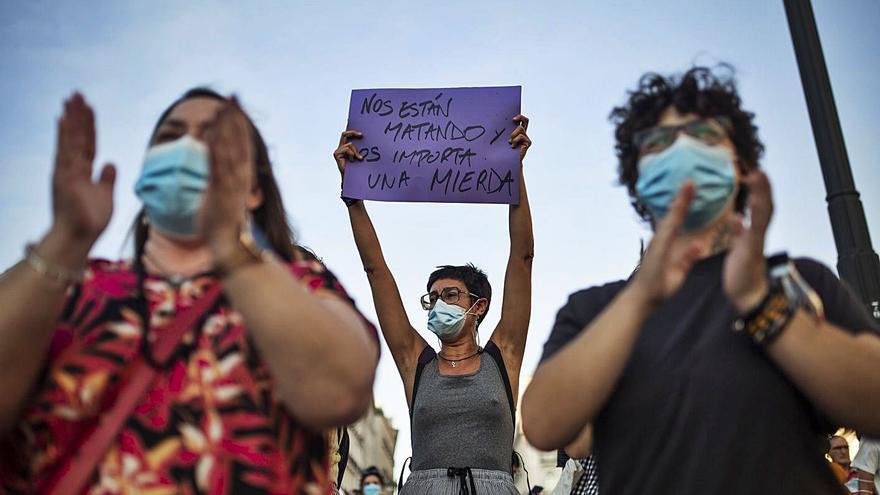 The mayor, Augusto Hidalgo, yesterday presented the content of this dialogue, which will be held in the Miller Building, in which they also collaborate the University of Las Palmas de Gran Canaria, the University of La Laguna, the Port Authority of Las Palmas and the CajaCanarias foundation. At the press conference he was present the Councilor for Equality, Mari Carmen Reyes.

Hidalgo pointed out that “the Government of Spain has chosen a series of cities with the potential to develop a dialogue on the structural challenges Spain faces, an initiative that will make Las Palmas de Gran Canaria the European capital of equality for two days and that will allow to develop a plural debate on the challenges of equality to mark the roadmap for the coming decades.

The capital of Gran Canaria thus joins the 17 Spanish cities that star in the Dialogues on the future with the aim of enriching the public debate and offering citizens the possibility of participating directly in the conversation about the country that we can and want to be in the post-covid world. The ideas that the speakers and citizens present during the sessions will be incorporated into the National Long-Term Strategy prepared by the National Office for Prospective and Government Strategy as part of the Spain 2050 project and the Conference on the Future of Europe that they have put into the European Commission and Parliament are marching.

The councilor explained that “Las Palmas de Gran Canaria has been chosen to host the Dialogue on the Future of Gender Equality because the Canary Islands are one of the Spanish regions with the smallest gender gap in salaries in recent years” and has detailed that “There will be a debate on how to end labor inequality, the delay in maternity and paternity, the challenges of co-responsible conciliation or equality in schools.”

Mari carmen reyes noted “the importance of the fact that the city has been chosen to talk about the future of equality, since it is a boost to the policies that we have been carrying out in recent years, jointly with the different groups, and that allows us to have a first-rate open platform to continue fostering debate and advancing in real equality ”.

The Dialogue will be open to all citizens who wish to participate both in person and online, prior registration through the page www.espana2050.com/igualdad.

Among the speakers will be the Minister of Equality, Irene Montero, the Minister of Justice, Pilar Llop, the MEPs Lina Gálvez and María Eugenia Rodríguez-Palop, as well as women leaders in the business world, in the security forces and bodies and in rescue , as well as experts of recognized prestige in matters of gender, coeducation and equality. In addition to the six round tables that will address different topics, two workshops will be held where all citizens and other activities will be able to participate.

The cultural dimension also plays a key role in promoting gender equity; All those attending will be able to enjoy the concert by the Canary Islands Flor de Canela and the play I love Shirley Valentine, activities that will take place on the Elder terrace and in the Miller building, respectively.

The Dialogues on the Future are an initiative of the Government, the European Commission, the European Parliament and 60 other public institutions (municipalities, regional governments, foundations and universities) that began in September and will end in November of this year, with more than 40 sessions in the 17 Autonomous Communities, with round tables, workshops and high-level meetings and the participation of more than 500 speakers, including the president and vice-presidents of the Government, presidents and regional councilors, ministers, secretaries of state, senior officials and experts from the EC and the European Parliament, mayors, CEOs, entrepreneurs, academics, journalists and leaders of the third sector and civil society.