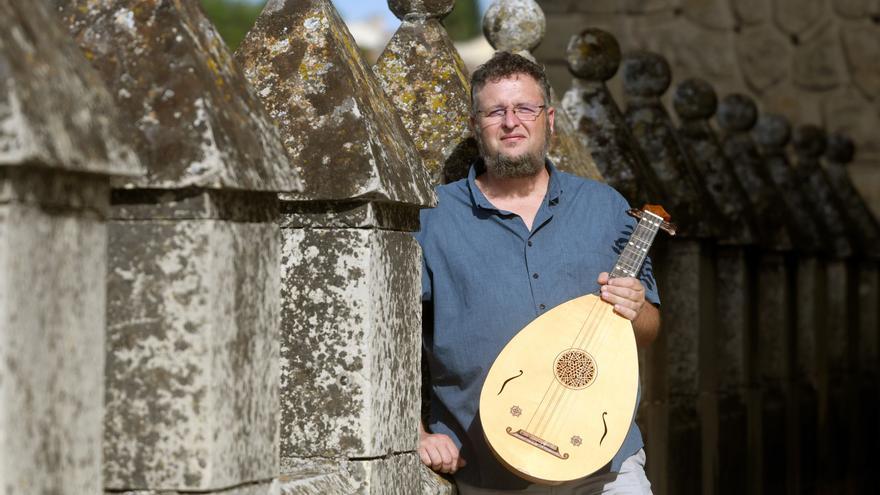 Segovia, Jul 14 (EFE) .- The cultural legacy of Alfonso X El Sabio has returned this Wednesday to the Alcázar of Segovia in the year of the eighth centenary of his birth with the interpretation of his Cantigas de Santa María by the Alfonsí Ensemble and its forty replicas of thirteenth-century instruments.

A dozen musicians rehearse and tune their medieval instruments a few hours before the concert that, starting at nine at night, will resound the sung poems that the thirteenth-century minstrels performed in the same place, the Patio de Armas del Alcázar de Segovia.

Although there are no records of this fact, the director of the Alfonsí Ensemble and student of the medieval musical tradition Jota Martínez (Madrid, 1971) comments in an interview with Efe that it is easy to imagine it because the monarch visited the fortress on several occasions and it was customary that He will travel with his musical court.

"I imagine that at any time that he had to do an act, a dinner or that he wanted to hear music or had the inspiration to compose a Cantiga, I imagine that he would use his musicians and sound", says the expert.

Those moments are those that seek to reconstruct the ten musicians that make up the Alfonsí Ensemble with some forty replicas of the instruments that were used then, although with some "licenses", since the musical groups did not exceed five people at that time and neither there was the concept of "concert", but music was something "functional".

Martínez began his career in the nineties, when he began to play ancient music and wondered how it would sound with the instruments of the moment, a concern that led him to review the iconography of the Alphonsi works, especially the Cantigas de Santa María by Alfonso X , King of Castile (1221-1284).

Fifteen years ago, Martínez began to consult the facsimiles of the codices available in the National Library or in the archives of the Monastery of San Lorenzo de El Escorial to review the illustrations and reconstruct replicas from them in the most rigorous way possible.

For this he had the help of professional luthiers and the highest demands regarding details such as the materials used for their manufacture: "All the instruments are made with woods that in the 13th century were here in the Peninsula, because at the time they were not used. tropical woods, nor African or Asian woods, "explains Martínez.

This rigor has led them to achieve a sound that they consider to be the closest thing to the original, but there is always a part of "fantasy": "No one can say 'this instrument sounds the way it sounded 800 years ago', no one can be certain ", says the musician.

If not exactly the same, in a very similar way these musicians have proposed to revive some of the 427 Cantigas de Santa María this Wednesday on the occasion of the inauguration of the 46th edition of the Segovia Festival, organized by the Don Juan de Borbón Foundation, attached to to the Segovian City Council.

These poetic compositions relate miracles of the Virgin such as the episode of a Jewish woman who they wanted to "fall" or another that tells of a worker who was fixing a cathedral and a bell falls on him; in both cases, the Virgin ends up interceding to save them.

For Martínez, it is "very exciting" to interpret these pieces in the Alcázar of Segovia because of the "historical burden" of the monument and the feeling of knowing that "important things" happened there.

The expert acknowledges that the music he rescues is "for minorities", as is, in his opinion, "the recovery and enhancement of Heritage" in this country: "I know that the Administration does not make the case that I think it should be done and the push it should have, "he laments.