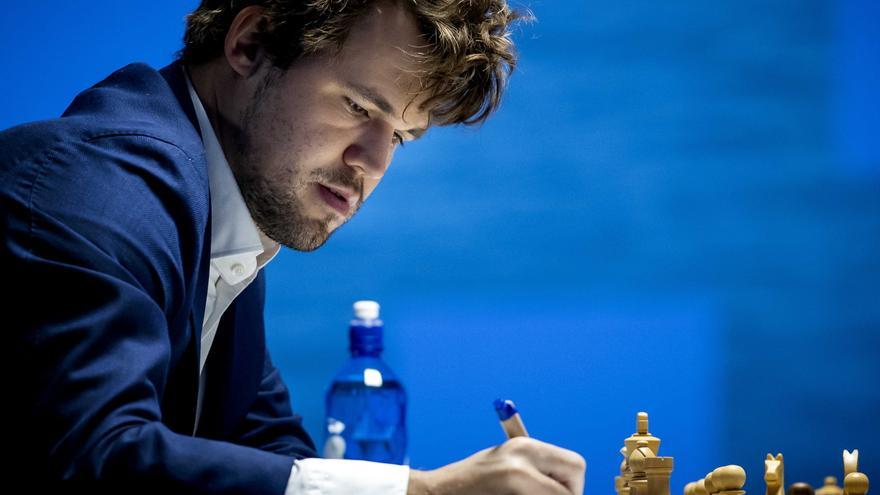 Madrid, Apr 18 (EFE) .- Thirteen months after being interrupted by the pandemic, the Candidates Tournament for the world chess title will resume this Monday in Yekaterinburg, with the Russian Ian Nepomniachtchi and the French Maxime Vachier-Lagrave as leaders, in search of the contender for the crown of the Norwegian Magnus Carlsen.

The second most important chess tournament, after the world championship itself, will be commented on by Carlsen himself on the Chess24 platform, in which his business group participates.

The fear of not being able to return home due to the interruption of air traffic bound for other countries in Russia was stronger than the coronavirus itself. The only international sports competition that survived in the midst of the universal pandemic, had to be interrupted in March 2020, midway through the program.

The tournament had opened on March 16, 2020 wrapped in controversy, when the pandemic was raging and international competitions were falling one after another. Before starting, Azerbaijani Teimour Radjabov resigned to compete, considering it inappropriate to hold the tournament in such circumstances. FIDE did not back down and appointed Vachier-Lagrave to his post.

On March 25, 2020, FIDE suspended the tournament that was taking place in Yekaterinburg after the decision of the Russian Government to indefinitely interrupt air traffic from other countries.

"FIDE cannot maintain the tournament without guarantees that players and officials can return home safely and on time," explained the organization chaired by Russian Arkady Dvorkovich in a statement.

However, FIDE validated the results of the seven rounds played up to that moment. At the halfway point of the program, Vachier-Lagrave and Nepomniachtchi led the ranking with 4.5 points.

In these 389 days of interval, chess has experienced a great explosion on the internet. The games have been an ideal resource to combat confinements. Now, the second half of the Candidates recovers the fight in front of the real board.

The eight contenders will have to undergo a coronavirus test as soon as they arrive, two days before, but there will be no more controls, unless a player shows symptoms. FIDE President Arkady Dvorkovich revealed that at least two players, one Russian and one Chinese, are vaccinated.

Dvorkovich offered vaccinations to the players, but after the tournament. He is not in favor of doing it earlier for fear of possible side effects.

It will not be necessary for the players to wear masks during the games and the formal greeting is sent to the free will of the contestants.

The competition resumes in the eighth round, featuring the Caruana-Vachier Lagrave, Wang-Ding, Nepomniachtchi-Giri and Alekseenko-Grischuk matches, and will end on April 29 (if there is a tiebreaker), after ten days.

Whoever wins the tournament will get the right to sit on the other side of the board, facing Carlsen, when the Norwegian exhibits his crown, from November 24 to December 16, in the framework of the Dubai Expo, with a bag of two million euros at stake, in addition to the title.

It will be the fourth time Carlsen has defended his crown. A 14-game "match" will decide whether the Norwegian retains the title or the battle throws a new champion, who would be the seventeenth in history.

Carlsen won the title in 2013 at the age of 22 (the second youngest in history, after Garry Kasparov), dethroning Indian Viswanathan Anand and then defending him three times, against Anand himself, Russian Sergey Karjakin and Fabiano Caruana.