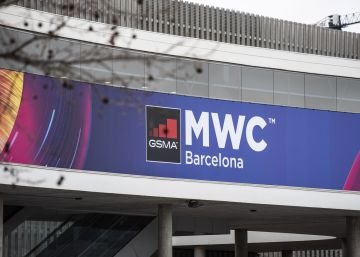 The cancellation of this year’s edition of the Mobile World Congress, announced yesterday by the GSMA, organizer of the event, will cause heavy economic losses and associated with them a controversial issue that will bring tail: the relative to cancellation costs of the fair. “The debate continues to determine who takes care of them and whether or not they are covered by insurers,” they explain from the sector.

Although it is difficult to know how much have the companies participating in the fair invested (most of them carry this information in secret), just know that a medium-sized company had hired a stand of 45 meters in Hall 8 (not the most relevant) for 45,500 pounds (about 54,240 million euros). Ericsson, for example, had hired 6.000 m2, and Deutsche Telekom 1,100 m2 in pavilions where the square stand meter is between 1,000 and 1,500 euros.

Legal sources point to CincoDías regarding insurance, that “it is difficult to activate policies for reasons of threat to health, such as the coronavirus, unless there is a health alert statement by the competent authorities. Something that has not occurred or seems to happen according to yesterday’s statements by the Minister of Health, Salvador Illa, who said that The objective of the Government is to protect people’s health and that “there is no public health reason to take action regarding any event planned in Catalonia or Spain.”

In a similar line, the Secretary of Public Health of Catalonia, Joan Guix, said in an interview in RAC-1 that “there is no health reason” to suspend the Mobile. In his opinion, what “there is a media epidemic and fear”, motivated by economic, competence and political interests. Also the mayor of Barcelona, ​​Ada Colau, reiterated that the city is “fully prepared” to host the congress, despite the coronavirus, on which she recalled that scientists have said that there is no reason for the emergency.

The position defended by the political authorities “is logical”, according to some technology companies, because “it is true that there is no case of infection on the peninsula, and because declaring a health alert at the country level would have an incalculable impact on the tourism sector in Spain, which is key to our economy ”.

The economic impact of the MWC was expected in close to 500 million euros, with the creation of 14,100 temporary jobs. According to congress data, between 2006 and 2020 the total impact was 5,300 million euros and the temporary occupation created would add up to 128,200.

The economic losses that are expected to cause the cancellation are millionaires and will impact the Fira de Barcelona, ​​the GSMA (which if forced to pay millionaire compensation could be jeopardizing its future) and the participating companies.

Also in the hotel and restaurant sector (thousands of rooms and restaurants are reserved from one year to another), which has already expressed its concern, as well as the transport sector, where taxi drivers and VTC companies already had the extra of income that a fair like Mobile supposes for its groups. And it is that the most important mobile phone congress in the world expected to receive this year 110,000 visitors from up to 200 countries (the figure had been reduced in recent days below 80,000), 3,000 exhibitors, 8,000 CEOs and senior positions and delegations of 170 governments, according to the GSMA itself.

According to the calculations of the president of the Hotel Guild of Barcelona, ​​Jordi Mestre, around 20% of the almost 500 million were the expected revenue from the hospitality industry, which had 28,000 rooms reserved at an agreed price with the official Mobile agency. Many companies hire hotels through the MWC. Mestre also remarked that Mobile week is the one with the most income throughout the year, even over the summer months.

The Association of Tourist Apartments of Barcelona (Apartur) assured yesterday that the cancellation of the Mobile It is a “very hard” blow to the sector. In a statement, the association regretted the decision of the GSMA to cancel the event, although he said he understands the decision, already that arrives for public health reasons. The congress supposes for the sector an income of 14 million
euros, what It represents 4% of the annual turnover of homes tourist use from Barcelona. “It served to save the offseason,” they said.

This event also drives air traffic at the Barcelona airport. Last year, El Prat airport operated a total of 351 private flights during the congress week, 95% more than in a usual week of February.

One of the companies that will especially feel the closing of this edition of the MWC will be GastroFira. This company, as Efe recalls, is in charge of food at the Gran Via de L’Hospitalet fairgrounds, where the Mobile was to be held, and in the past edition served about 140 tons of food in four days and about 175,000 menus . Nor should we forget two other affected sectors, leisure and luxury in Barcelona.

In spite of this, the technological companies agreed yesterday that in the current conditions in which the Mobile had remained after the casualties of almost thirty companies, many of the first level as Ericsson, Vodafone, Orange, NTT, AT&T, Deutsche Telekom, BT, Intel, Cisco, LG or Sony, the GSMA had a hard time continuing with the congress. Among the companies in the sector yesterday there was talk of “Mobile Ghost” and made sure that “the fair is dead”, although it had not been done officially. “The absence of large companies would have left huge empty stands in all the pavilions”.

The sector agreed yesterday that if the MWC had continued “it would have been a decaffeinated Mobile; leading to a disastrous result in terms of visitors ”. Some companies said they had already missed multiple meetings, so it made no sense “an event where what is sought is to do business and it was an almost impossible purpose, ”said a medium-sized company.

Now it remains to be seen what will happen to other salons that are held in parallel to the MWC, such as 4YFN, YoMo and an event that unites technology and design such as Xside, in collaboration with Sónar. All of them took advantage of the barrage of Mobile assistants for their own momentum.