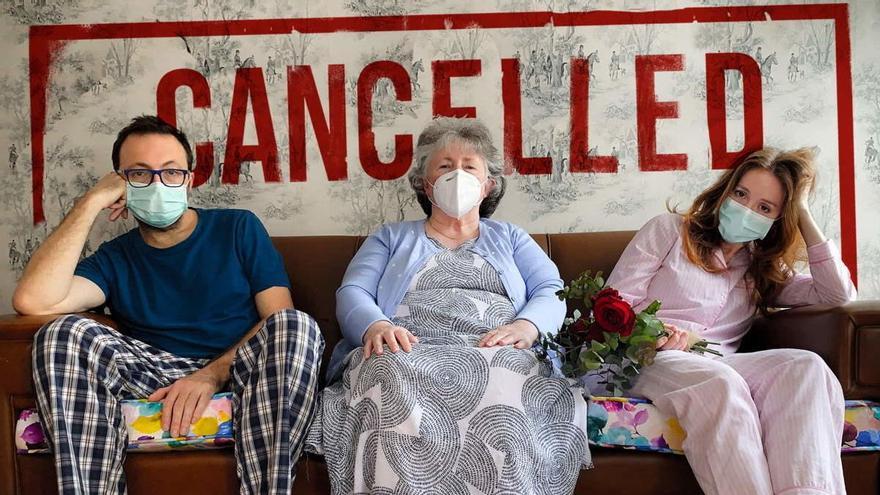 The success of ‘Canceled‘, the Australian-Spanish webseries about a wedding canceled by the coronavirus which has achieved 2.5 million views in 48 countries and 15 awards, has encouraged its creators to record a second part, ‘ReCancelled‘, which opens this Wednesday in Facebook Watch and arrive with surprise.

The personal experience of the Valencian actress Maria Albiñana and his partner, the Australian film director Luke Eve, has inspired again the Serie, in which, as they explain to EFE, people expected a second part with the celebration of the wedding that they postponed for the lockdown, but you will find yourself experiencing a pregnancy in pandemic.

Six chapters of about thirteen minutes each make up this installment, which has been presented this weekend at the Marseille Web Festival (France) -in which they won the jury’s prize in the previous edition- and of which from this Wednesday a chapter can be seen each week on Facebook Watch.

If ‘Canceled’ was recorded in full confinement in the couple’s apartment by their three protagonists -the actress’s mother-in-law, Karen, who had traveled from Australia to Spain for the wedding, was also confined with them-, ‘ReCancelled’ goes out to the outside world and has been shot in fifty locations of Valencia.

La Albufera, the Torres de Quart or the old Turia riverbed are some of the settings in this installment, focused mainly on Valencia, a city that the filmmaker thinks “very cinematic” and which loves the evening light, although you can also see Camden, the Australian town where Karen resides.

For this, the new production has had more budget, since the financing of Screen Australia has been added the support of Visit Valencia, the Spanish embassy in Australia and the Australian embassy in Spain, which has allowed them to have the help of a technical team of three people.

Recorded with the mobile

However, they have chosen record again in full with a mobile phone, as Luke Eve explains, they wanted to maintain “the aesthetics” of the first season, and also gives more freedom and allows you to do different things than with a traditional camera.

The actress points out that this time she has missed handling the mobile personally, and assures that if there was a third party he would like to record again, because that leads to being “more creative” and positioning himself differently in the scenes.

This small team has also allowed them to maintain the “intimate and personal” character of the story they tell, and to work on a “very family atmosphere, which has helped a lot”, they assure, since the filming has had to adapt first to the actress’s pregnancy and then to the baby’s needs.

The second part of the series has been shot over five months -with a break included for the protagonist to give birth in real life-; runs between November 2020 and the present, and it focuses on the relationship of a couple from different countries who have to cancel their wedding for the second time due to restrictions and face a pregnancy in times of covid.

“It is also like a legacy, a gift that we give to our baby of what situation the world was in when it arrived”, says Luke Eve, for whom it has been “precious to be able to capture” moments like the first day of a new life, a chapter with which the couple cannot help but get excited every time they see it.

Love, resilience and hope also have their space in this new installment whose premiere is experienced by its creators with a little nervousness, although they hope to once again have the support of those who saw the first part and also collect the support of mothers and parents who have lived such a special moment in a pandemic.

The creators of the web series They explain that they continue to receive messages from their fans, whom they call the “Canceled family”, asking them if they have already married in real life – they have not, they hope to do so next year – and confess that, although they had doubts about If you show such a personal story, in the end “the planets have gotten too involved to say no.”