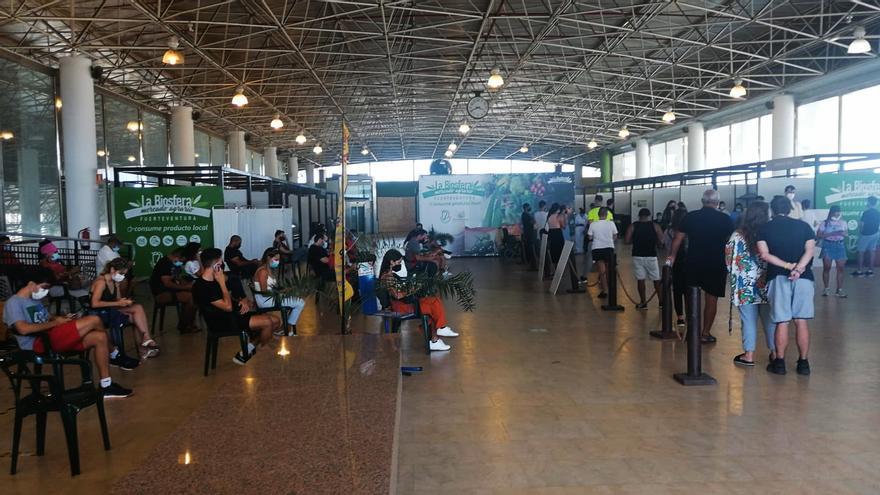 The President of the Government of the Canary Islands, Ángel Víctor Torres, has affirmed this Friday that he has not yet considered requesting the state of alarm in the islands because there is room to “bend” the coronavirus contagion curve and it will be chosen strengthen security measures and the imposition of sanctions. In addition, the door is opened to the closure of beaches or apply restrictions to avoid crowds and the possibility of infections.

In a press conference held after the meeting of the Security Board in the face of the rise in infections in the archipelago, especially in Tenerife, he said that the activity of the different police forces will be “redoubled” to deal with the “bottles, clandestine parties and breaches” various in commercial and catering establishments, starting this weekend and throughout the month of July.

📽️ “The situation in #Canary Islands is worrying. The impact of the #COVID ー 19 by reason of age. “The president @avtorresp details the data on children under 39 years of age between April 1 and June 29: 47 people hospitalized, 5 people in ICU and 3 deaths pic.twitter.com/OT8TkPYBfY

What’s more, has opened the door to close some beaches or implant access restrictions since they are places of great concentration of people.

Torres has pointed out that request the state of alarm for the autonomous community “is not on the table” because there is still “time” to correct the current trend, although it has admitted that if the incidence of the pandemic does not decrease in early August, its application will be studied.

The Canarian president, who has appeared together with his counterpart in the Tenerife Council, Pedro Martín, has asked for “responsibility”, especially to young people, given that they are the group most affected by the new infections.

Three deceased under the age of 39

“We are playing a lot, the health and the economy of the islands, and young people are not immune,” he commented, underlining that since last April, a total of 47 people under 39 have been hospitalized, with five in the Intensive Care Units (ICU) and three deaths.

In addition, he has commented that as a result of the generalization of the new variants, such as the British or the delta, Covid-19 is transmitted “more quickly”, so in the case of Tenerife, the most affected island, it has asked citizens to “take advantage of the opportunity” of mass screening in Barranco Grande, La Cuesta and Granadilla, and the 24-hour vaccination day next Sunday.

Torres has been convinced that the current situation will be “overcome” and the month of August will be reached with a lower cumulative incidence – right now it is below the national average, with 72.06 cases per 100,000 inhabitants a 7 days and 129 cases to 14 days – but has warned that the pandemic is growing “meteorically” throughout Europe.

Likewise, it has recognized that without the state of alarm, the curfew, the perimeter closures or the limitation of meetings, the Government has “fewer tools” to influence the control of the pandemic, while it has defended the criteria of levels epidemiological alert, otherwise, the entire archipelago would have ended at level 4.

The president has also said that if supplies are respected, the objective of closing July with 70% of the vaccinated population is maintained, and highlighted that the increase in the accumulated incidence, apart from health effects, weighs down the arrival of tourists.

According to Torres, although the European green certificate comes into force, with daily figures of more than 300 infections, many countries may discourage their citizens from traveling to the Canary Islands and the archipelago has no alternative but tourism. “It can lead us to complete bankruptcy,” he said.

Pedro Martín, for his part, has asked for a joint “reflection” of the whole of society to try to reduce infections and control the pandemic, although the situation of the hospitals on the island is not “critical”, if the patients in ICU have been duplicate.

He has insisted on remarking that “breaking the rule cannot be free” and although the sanctions are delayed many times because resources are interposed, they will finally arrive – only the Government Delegation has processed 60,000.

In addition, he has warned of the economic damage caused by this reactivation of the pandemic because for this summer, Tenerife is the national tourist destination with the most reservations of peninsular visitors “and that work done can collapse” if it begins to recommend not to travel to the Island.