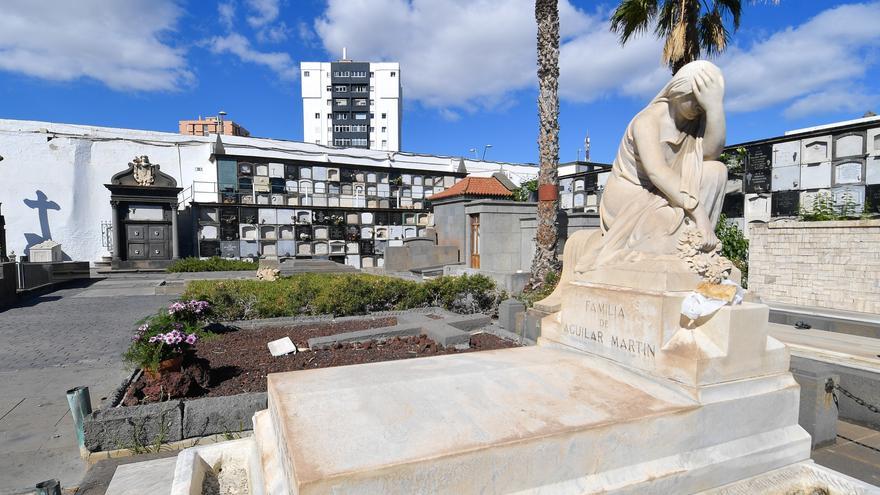 Canary Islands was the Spanish autonomous community where the least mortality last year, 4.19 percent more than in 2019, mainly due to the pandemic of the Covid-19.

This has been made public by the National Association of Funeral Services (Panasef), which on the occasion of All Saints Day has presented an advance of the sectorial data after a health crisis that has affected this business so much.

In absolute numbers, the highest number of deaths in 2020 (not only from coronavirus) was registered, with 79,685, and in Andalusia, 78,160. But in Andalusia, the most populated community in Spain, the increase in mortality last year was 10.8%, half that registered in Catalonia and almost four times less than the increase in Madrid.

The funeral industry, in figures

In relation to cemeteries, Spain has 17,682 cemeteries for 8,126 municipalities and 99% are municipally owned. The funeral sector is made up of about 1,100 public and private companies, which billed 1.7 billion euros in 2020.

The number of funeral homes or wakes is maintained at 2,525 facilities with 7,050 rooms. Andalusia, Catalonia and Castilla Y León are the communities with the highest number.

In addition, Spain has 487 crematorium ovens, compared to 464 the previous year, and is one of the countries in Europe with the largest number of these facilities. The autonomous communities with the highest census of crematoriums are Andalusia (116), Valencia (54), Castilla y León (53) and Madrid (48). They also highlight the heavy investments of funeral homes in filters for emissions to the atmosphere.

This trend is in line with the funeral habits of the Spanish, with an increase in cremations of around 1% in 2020, a trend reinforced by the pandemic. In 2020, total incinerations amounted to 45.54% compared to 54.46% of burials. The percentage of incinerations reaches 60% of the total in provincial capitals, while in rural areas its incidence is lower, 39.8%.

Regarding farewells, the number of families who opt for religious ceremonies increases, 86.4%, compared to 13.6% who prefer a civil ceremony to say goodbye to their loved ones. A data possibly motivated by the pandemic period.

The National Association of Funeral Services has also used All Saints’ Day to pay tribute to the victims of the pandemic and those who died this year. For this, the companies joined on Friday a minute of silence and a floral tribute for the deceased, families and also professionals of the funeral staff.