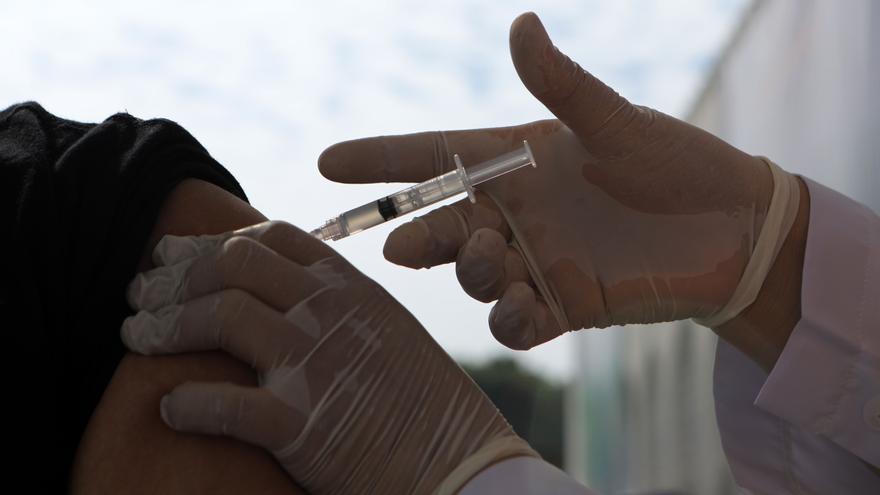 However, based on the information handled by the department of the regional Executive, in the last hours no new deaths linked to the effects of the pathogen were found, so the death toll remains at 995.

At present, in Canarian hospitals there are 99 patients diagnosed with the ailment admitted to the ward –four more than in the previous 24 hours– and 26 in intensive care areas –the same figure is maintained–. Most are in Tenerife, where 79 people are fighting the virus in an acute care bed and 14 in a critical one.

The cumulative incidence in the last seven days is 17.10 cases per 100,000 inhabitants, while that of the last 14 days is 41.09 clinical pictures on the same population count. These data represent a decrease of 7.07 and 9.32 points, respectively, compared to last October 4.

The immunized target population amounts to 83%

The vaccination teams of the Canary Islands Health Service (SCS) have already managed to immunize 1,629,078 people against the coronavirus, which represents 83.08% of the target population of the Archipelago, although 1,663,484 users have received, at least one dose of the sera against the pathogen. This is revealed by the data released yesterday by the Regional Government’s Health Department and corresponding to the closing of the Sunday session. It should also be noted that, since the beginning of the campaign, the professionals have administered 3,132,522 injections of the compounds. Currently, the first seven groups of the strategy (residents and health and social health personnel of residences; health personnel; large dependents and main caregivers; vulnerable people; groups with essential functions such as teachers and police and people with very high-risk conditions) they are already vaccinated with two doses between 99.5 and 100%. The activity continues among the rest of the groups called for inoculation to achieve the highest possible coverage rate. | LP / DLP