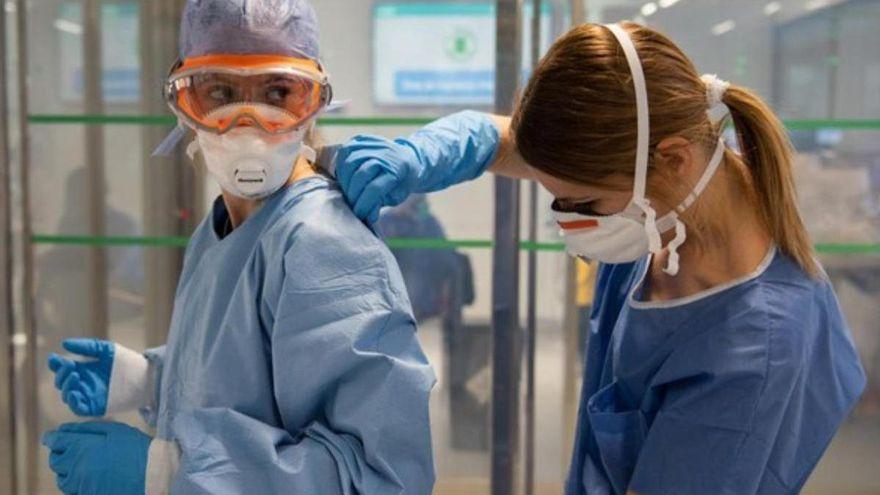 9.5% of Canary Islands health budgets are being used to arrange services with the private clinics on the Islands. Although it is a lower figure than what was executed in previous budgetary years – in which this percentage rose between 10 and 11% – the associations for the defense of public service consider that it is too large a portion of the pie and that, Despite this, it cannot meet the current needs of public health.

This is the main reason why tomorrow, February 27, up to 21 social, trade union and political organizations from all over Spain, and also the Canary Islands, will take to the streets to express their disagreement with those policies that are aimed at privatizing the public service, instead of using the concerted resources as an add-on. The mobilizations are based on a national initiative that has ended up penetrating the Archipelago, where a concentration will be held in the La Candelaria Square, in Tenerife, at 12.00 this Saturday, and a mobilization in Gran Canaria, which will start from San Telmo Park at 11.00 on the same day. One of the participating entities and precursors of the initiative in the Canary Islands is the Association in Defense of Public Health in the Canary Islands (Adspc).

The precursor circumstance of these mobilizations stems from the announcement of a disbursement for the European Union to clean up the public health system that has suffered so much from the pandemic in the member states. A budget of which the private health employer has not been slow to claim a part. In light of this circumstance, the protesters have raised their voices because they consider that these funds should be destined entirely to public health since, among other things, it has been the one that has borne the greatest weight during the pandemic. “If we do not avoid it, through mobilization, public health will continue to agonize, while large corporations and private companies will be the main beneficiaries of the aforementioned European funds,” said the group in a press release.

“That 9.5% that is derived from concerts is not invested in the public, and generates a deficit in it,” argues the traumatologist Guillermo La Barreda, spokesman for the Association in Defense of Public Health in the Canary Islands (Adspc). The different political leaders of the Canary Islands, when talking about the necessary health coordination of the Islands, have relied on the fact that they only resort to it when the performance of the public has been exceeded. That is, when it has been found to 100% of its capacity. They must do so not only to make the most of public resources, but also because there is a regulation, the General Health Law, that requires it. However, as La Barreda insists, “The Canary Islands have not been able to reach 100% of their performance for years” and it is due to the fact that it carries a shortage of personnel that prevents making use of all the resources it has.

A circumstance that, in addition, is aggravated by the huge number of socio-sanitary patients, in need of medium or long-stay beds, which “block” care in hospitals. “If we could refer these patients correctly, the hospital centers could be working at their maximum performance,” said La Barreda, who stated that the problem is that private hospitals are not providing access to this type of patients, only the acute fast recovery. “In the Canary Islands, the concert is being paid for pathology and not for the day of hospitalization”, explains the spokesman, who stresses that in other parts of the world you pay by bed and day.

Better one payment per days

“They agree on an average number of days in which the patient will have to recover, if at the end he must stay longer, a renewal pact is made with medical justification with which the Health Administration continues to pay for the extra days”, La Barreda has an impact. In Spain, and specifically the Canary Islands, “you pay for pathology”, so for the concerted it is preferable to assist a patient who recovers quickly, than to leave a bed unused for a long time for the same price.

The data they confirm that something is not working correctly, since the health indices of the Canarian population are at the bottom of the autonomous communities. “The Canarian population is the sickest in the whole of the Spanish State, mainly of those pathologies considered preventable due to their relationship with the high percentage of poverty”, insists the group. These pathologies affect more than 30% of the population.

Hence, the group not only requests to reduce that percentage, but also to “create new concerts”. And it is that, in many cases, health agreement in the Canary Islands dates back to the 90s, some of them having been extended even decades before. “In some, the economic factor has been renewed, but not the care factor, therefore, it does not adequately meet the current health needs,” says La Barreda.

In the demonstrations that will take place throughout Spain, a common front will be promulgated to the privatization of Public Health, requesting the repeal of the laws that protect it, such as Decree 15 of 1997 or Article 90 of the General Health Law. Likewise, they request the return to the public of what has been privatized up to now. They also request 100% public health, which works 365 days, 24 hours and an increase in the ratios of personnel and professional groups, being sufficient to meet real needs, with stable templates and that represent the end of fraud in recruitment. Finally, they ask that the health system be “democratically managed” and focus on prevention and collective health.