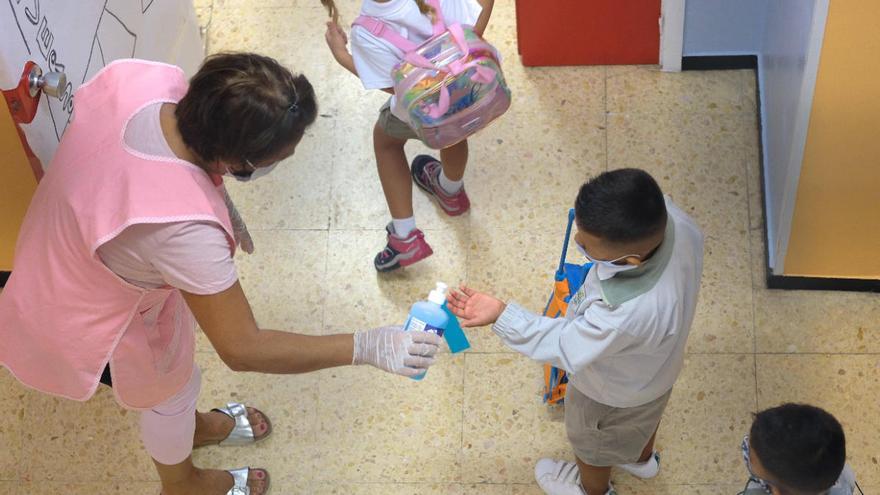 The Canary Islands School Council (CEC) has expressed concern that the crisis caused by the pandemic is used as a An excuse to put aside the great educational challenges, including increasing investment per student and facing the fact that 20% of students do not complete compulsory education.

These are part of the conclusions of the report made by the Canary Islands School Council (CEC) as an X-ray of the evolution of education in the archipelago, for which it has analyzed demographic, socioeconomic and educational data corresponding to five years, and It is intended to be used as a tool for the Administration and teachers.

In this regard, the CEC has asked “loud and clear” a commitment from the administrations, productive and social sectors to guarantee “now more than ever” the necessary investment in education “taking into account the cost per student”, said the president of the organization educational, Ramón Aciego.

In fact, he explained, the CEC demands that public educational spending per student, which in the Canary Islands is 4,991 euros, while the state average is 5,219 and in the case of the Basque Country, 6,502 euros per student.

In this regard, the CEC calls for increasing educational resources in areas with greater demographic pressure, and specifically cites the cases of Lanzarote and Fuerteventura, and also recalls that despite the fact that the Canarian law of Education for non-university education establishes a 5 percent percent of GDP as a figure to achieve in terms of investment, no government has expressed a clear commitment on how to achieve it.

On the contrary, after the 2008 crisis, investment in this area began to decline until it reached “the peak” in 2013 and, although it has recovered somewhat afterwards, it still stands at 3.6-3.8 of Canarian GDP.

“We can conclude that the financial policies of the educational administrations have not been adequate in the last two decades,” stressed Aciego, who also highlighted that investment in education is essential to guarantee equal opportunities, equity and cohesion of the educational system .

He warned that the lower public spending per student is compounded by the aging of the teaching staff (more than half are over 50 years old) and the increase in the percentage of temporary teachers in the last five years.

In addition, teaching continues to be a predominantly female profession, especially in Infant and Primary (83 percent of women) and to a lesser extent in Secondary and FP (60 percent).

In the analysis of the teaching results, that is, graduation rates, suitability, repeating students and early school leaving, the Canary Islands “are not better off” with a broad base of the population with a basic educational level 7.4 points below the national average and 8.8 points in relation to university education.

The age of schooling and the net rate of schooling from 0 to 3 years have increased in the Canary Islands in recent years to reach 21.2 percent, but still very far from the Spanish average, which stands at 39.6 percent, adds the CEC.

Although the number of centers in this stage has risen from 188 to 244 in just two school years, the vast majority (68 percent) are private and Tenerife is the island with the lowest percentage of public centers for the first cycle of early childhood education (23, 81%), while La Gomera reaches 100% and Fuerteventura 75%.

In addition, Aciego continued, a lower rate of the population that graduates from ESO, a greater number of repeaters in compulsory secondary school, more students per teacher in non-university education, and a higher early school leaving between 18 and 24 years “reflect the need for improvement.”

More than 20 percent of students (22.8% in the case of men and 17.2% in women) in the Canary Islands do not achieve the compulsory education certificate and only 20 percent access the undergraduate training cycles Vocational Training, warns the CEC, which also considers the repetition rate worrisome, since 40 percent of students repeat at least once during their compulsory education.

This contrasts “severely” with communities such as the Basque Country, where early school leaving is 6.7 percent, and for this reason the CEC proposes that a legislative amendment be made so that no one is “expelled” from regulated training. people who have not been able to pass ESO.

He also calls for a thorough review of the curricula, in his opinion excessively overloaded with informative content, and that methodological innovation focused on the development of competencies be promoted.

Regarding the proposals, the CEC requests a multi-year agreement in the Parliament of the Canary Islands so that there is a sustained increase in educational budgets that take into account the investment per student and not only the percentage of GDP, and increase scholarships for university studies for students from non-capital islands.

The CEC has also alluded to transparency as a pending issue of the educational Administration, since the report could not include a chapter dedicated to attention to diversity as it was not able to access data in this area.