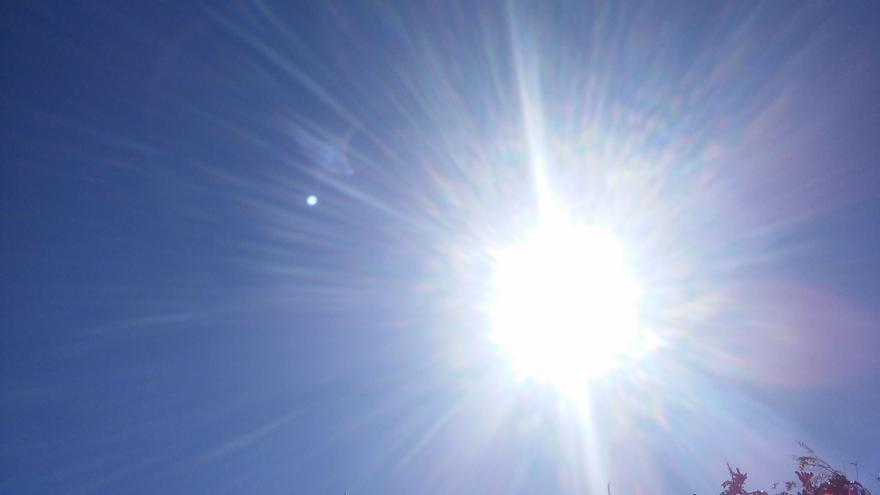 Canary Islands has left behind a cold and dry March, with a small negative anomaly in the average temperatures, more pronounced in the maximum than in the minimum, as well as a brief warm episode, with maximums of more than 30 degrees in stations of the eastern islands, the result of an entrance of winds from the east. In any case, no relevant ephemeris occurred.

According to the Climatological Advance of the Aemet, corresponding to the third month of the year, rainfall They were deficit, reaching only 42% of the expected value. They came divided into two episodes, one caused by north winds and moderate trade winds and another generated by a cold low of subtropical features, which left intense showers and some storms but without significant ephemeris. The snow, very scarce, barely made an appearance in mountain areas during the first days of the month.

Too it was a sunny month, in general lines, as reflected by the measurements of almost all the main stations, with only eight days below the normal value of insolation.

On the other hand, the wind it blew, in general, with less force than usual. There was only one day with very strong gusts affecting a considerable number of the stations. Trade winds and north winds predominated, interrupted by a brief invasion of Saharan air and dust.

The predominance of the trade winds and north winds kept the temperatures slightly below or above the average, until the eruption of the east flow on the 23rd. It is then that there is a strong rise in temperatures, clearly above the average until the 26th, with positive anomalies that reach almost 5 ° on the 25th.

Although there have been some very local cases so far this year, in March the number of tropical nights, although still residual, has begun to be noticed in areas of the eastern islands, such as Yaiza (2), Morro Jable (2), Tuineje , Teguise, Mogán, Las Palmas de Gran Canaria and Tasarte.

On the coast, minimums of 13 ° or less were registered in La Aldea de San Nicolás, where a minimum of 10.6 ° was registered on the 12th, San Bartolomé de Tirajana, Lanzarote Airport, Tuineje and Tenerife Sur Airport.

At noon, the thermal sensation on the coast was predominantly pleasant or cool, with some hot days due to the entry of Saharan winds at the end of the month. From 500 m of altitude there are cold and very cold days above 1,000 m.

The precipitations can be grouped in two episodes: Days 5-8, when the moderate flow from the north and a small vortex on the 7th were the causes of the first general precipitation episode almost every day. During the episode, more than 40 mm were accumulated in Las Mercedes (72.6 mm), Ravelo, La Matanza de Acentejo, Cruz de Tejeda and Valleseco.

The most abundant rainfall occurred on the 8th in Las Mercedes and Ravelo, both with just over 35 mm. The intensities were strong in areas of La Gomera, Tenerife and Gran Canaria, especially in Agaete and Los Rodeos, with more than 25 mm / h.

In Roque de los Muchachos and Izaña the precipitation in the form of snow (estimated), the only one for the month, was just 1-2 cm, well below the median for the period 1981-2010, which would be, in Izaña, among the 15-30 cm.

The second episode took place between March 27 and 29. A cold low with subtropical characteristics formed on the 25th to the west of the Canary Islands, generating the second episode of rainfall of the month. The highest accumulations, over 30 mm, were recorded in La Victoria de Acentejo, Puerto de la Cruz, Guía de Isora and Los Silos (41.5 mm).

Heavy showers were produced in points of Lanzarote, La Palma, La Gomera and Tenerife, and very strong in both slopes of the northeast of Tenerife, among which the 56.4 mm / h of Puerto de la Cruz stood out, the highest in a year. March since 1997.

Aemet’s electric shock detection network registered 7 lightning strikes on the 28th and 29th, none of which hit the ground. Altogether, it was a month of March with very little stormy activity in the Canary area.

The average number of hours of sunshine was 239.5, which represents an increase of 18.3% compared to last month and 6% more than the expected value in the reference period 1983-2010.

All the main stations registered a surplus of hours of sunshine, except Los Rodeos, which saw the lowest number: 158.8 hours, 16% below the expected value. Izaña registered the highest insolation: 325.8 hours, 25% above the normal value.

This 2021 was the fifth consecutive month of March with insolation surplus, since 2017, and the seventh with the most hours of sunshine since 1983.

The wind blew with more force than usual in the east of La Palma, inland Fuerteventura, as well as in the south of La Gomera and Gran Canaria and in the valleys of La Orotava and Güímar.

Haze intrusions occurred between days 23 and 26, reducing, only on the 26th, visibility to below 10 km in Lanzarote / airport (7 km), Fuerteventura / airport and Gran Canaria / airport.

Since 1976, slightly more than half of the months of March have been affected by at least one intrusion of dense haze, lasting several days; the last of any relevance in March occurred in 2018.