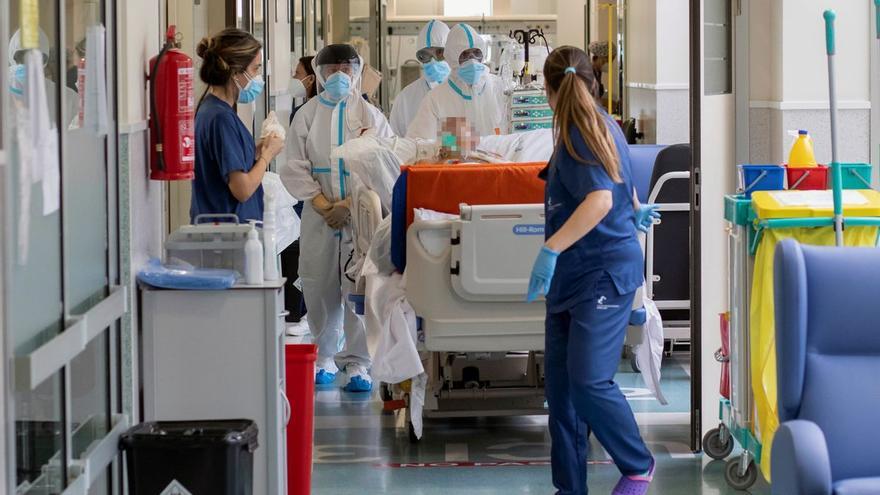 Canarias registered last year five assaults on doctors, which represents a rate of 0.42 per 1,000 registered members, below the national average (1.63) and very far from that of the previous year, which stood at 1.06, according to the ‘Balance of the data on the attacks’ carried out by the Observatory of Aggressions of the Collegiate Medical Organization (OMC).

In Spain, attacks on registered doctors were reduced by 35 percent in 2020, compared to 2020, although there has been an increase with respect to insults and threats that these health professionals, especially women, have received in the Primary Care services.

This decline, as explained by the Secretary General of the WTO, José María Rodríguez Vicente, It may be due to the months of confinement that occurred last year as a result of the health crisis generated by the coronavirus. In fact, 29 percent of the attacks registered were carried out by telephone or telematics, compared to the remaining 71 percent.

East new health and care context It has also caused a change with respect to the consequence of the attacks, which in 2020 were mostly non-physical (56%) compared to 44 percent of the physical ones, reversing the trend for the first time in recent years.

In addition, and regarding the different types of aggressions suffered, insults and threats were produced in nine out of ten cases, mostly against women (60%), while the remaining 10 percent were attacks that ended in physical injuries, suffering them at once. for men and women (50% vs 50%). Regarding 2019, the increase in insults stands out (+ 10%).

40 percent of the assaults, which usually occur between 10 a.m. and 12 p.m. and between 5 p.m. and 6 p.m., occur due to discrepancies with the medical care received, 7 percent specifically motivated by causes related to COVID- 19, although also for not prescribing what was proposed by the patient (10%), and for the time to be seen (11%).

86 percent of all of them have occurred in the public health, and 52 percent of the aggressors are scheduled patients, followed by non-scheduled (25%) and companions (21%). At this point, Rodríguez Vicente has drawn attention to the fact that in those under 60 years of age those who attack the most are men, while from that age on, women are the ones who commit the most aggressions against doctors.

Regarding the ages, the report highlights that the aggressions are suffered mainly by members between 56 and 65 years old, followed by those between 36 and 55 years old. On the contrary, those who suffer the least attacks are the age group under 46 to 55 years old, and especially those over 66 years old.

By autonomous communities, despite the fact that the Community of Madrid has the highest number of members, it is in Andalusia where the greatest number of attacks occur (110 in 2020), followed by Catalonia, Madrid and the Valencian Community.

However, if the incidence is analyzed, it is in Cantabria (4.22) and Extremadura (4.06), where the cumulative incidence rate of attacks is higher, which in Spain stands at 1.63 per 1,000 collegiate.

On the other hand, during the meeting the course ‘on line’ ‘Aggressions to health professionals has been presented. Fundamentals of prevention, protection, and response ‘, carried out by the Foundation for Training of the WTO, in collaboration with the Mutual Medical Foundation and the National Police.

This initiative, which has been launched this Friday, March 12, aims to provide basic knowledge and skills to healthcare professionals, so that they are able to improve their understanding of the problem of patient aggressions and acquire the fundamental skills to prevent , protect yourself and act.

“It is time to take action, to put the data aside and, for this, training is necessary. The National Police wants to train doctors because they need their own safety guidelines to eradicate, or reduce as much as possible, all the attacks they suffer, “said the National Health Police Interlocutor, Javier Galván, to ensure that the course” will facilitate the life of the health professional in their workplace. ”

In the same way, the president of the Mutual Medical Foundation, Alejandro Andreu, has stated that if doctors have tools and techniques to detect a possible attack, many of them can be “avoided or minimized.”