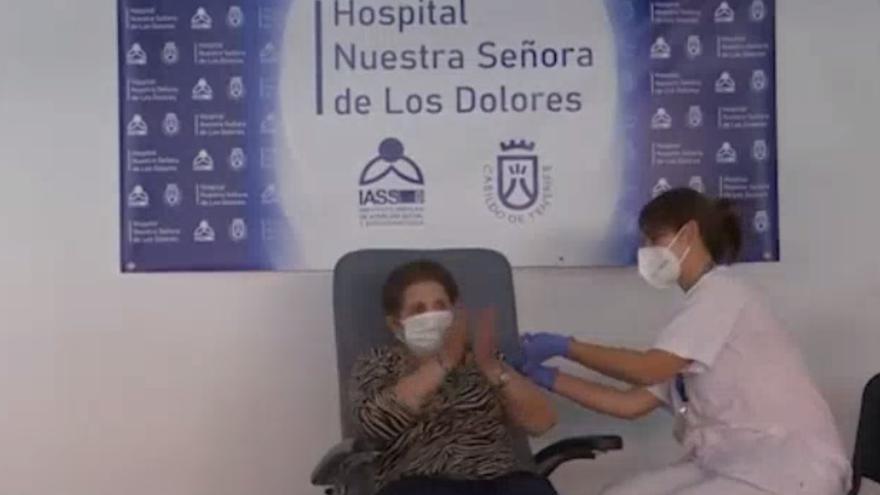 The Ministry of Health of the Government of the Canary Islands provisionally registers this Thursday 227 new cases of coronavirus COVID-19. The total number of accumulated cases in the Canary Islands is 27,074. In the last 24 hours, no deaths have been reported or validated.

The Ministry of Health reminds that these data are provisional, since the Alerts and Emergencies Coordination Center does not receive epidemiological information from the Autonomous Communities on weekends and holidays, so there will be no communication of complete data nor will the website be updated of Grafcan these days, but this provisional data that will be reviewed and consolidated according to the protocols. The daily update will be active again next Monday, January 4.

Red traffic light in Tenerife and yellow in La Gomera

The Ministry of Health has updated this Thursday the restrictive measures in the islands based on their accumulated incidence, so that Tenerife continues, as it was until now, at a red light until January 10 and the corresponding measures will be applied. at alert level 3, while La Gomera continues with a yellow traffic light and alert level 2 measures remain in force until January 7, in addition to those specific to the Christmas period for the Canary Islands until January 10. The rest of the islands continue with a green traffic light.

According to the report of the General Directorate of Public Health, the island of Tenerife, with a cumulative incidence after 7 days of 94.02 cases per 100,000 inhabitants, continues in high transmission level condition, for which the urgent measures of an extraordinary and temporary nature, prevention and containment in force for the containment of COVID in Tenerife are extended until January 10.

In the case of La Gomera, the report includes a cumulative incidence at 7 days of 41.85 cases per 100,000 inhabitants and is at level 1, but the specific intervention measures that correspond to each level of action remain in force during the 14 days following the time of declaration.

It should be remembered that since last December 5 and until January 10, the specific measures for the celebration of the Christmas Holidays in the Canary Islands, which will be applied without prejudice to those that could be issued in certain islands in a specific way as a consequence of their epidemiological situation.

Preventive measures for this Christmas

The Ministry of Health recalls that a series of restrictive measures are active to stop the expansion of coronavirus infections during the Christmas holidays. Thus, for all the islands except Tenerife, a limitation of the movement of people between 01.00 and 06.00 hours has been established, except for Christmas Eve and New Year’s Eve, which is delayed until 01.30 hours.

For meetings, the number of 6 people may not be exceeded, except for December 24, 25 and 31 and January 1, where the maximum is 10 people.