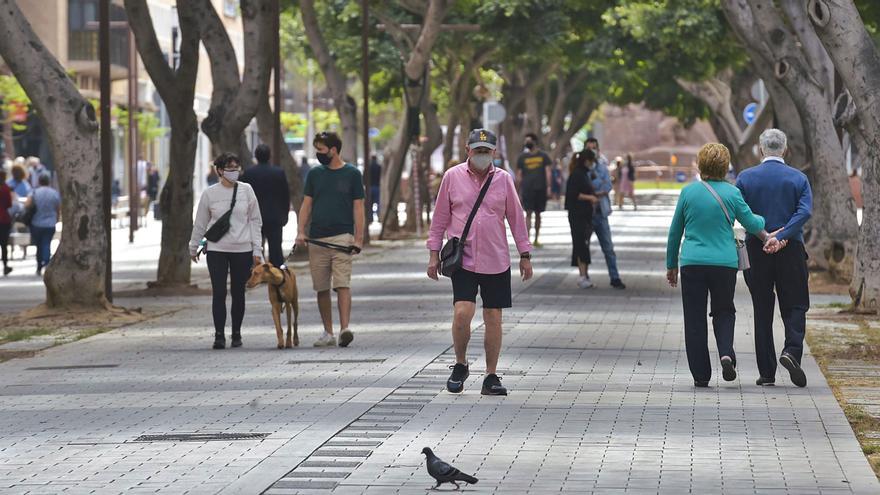 In the course of the last week, the autonomous community added 18 deaths to its registry, four more than the previous one, which closed with 14. In total, since the outbreak of the pandemic, 711 people have lost their lives in the region as a result of complications caused by the pathogen.

Taking into account the data disaggregated by islands, Tenerife added 69 clinical pictures yesterday and already accumulates 21,535, with 2,476 in progress, while Gran Canaria added 72 and has 21,000 accumulated and 1,751 patients pending their evolution. Lanzarote, on the other hand, recorded 14 new SARS-CoV-2 infections, which bring its accumulated to 4,827 and its assets figure at 128. For its part, Fuerteventura increased its general statistics to 2,204, after adding nine infections. On the island of Majorera there are 189 people suffering from the disease.

Likewise, El Hierro found four paintings and brings together a total of 329, with 29 patients fighting the virus. On the contrary, La Gomera and La Palma managed to keep their data unchanged. Thus, the first remains with 498 accumulated cases and 13 active, and the second, with 227 and two people suffering from the condition.

The sum of all active cadres marks a total of 4,589 in the Canary Islands. The data shows a reduction of 2.5%, compared to that reflected a week ago, specifically, on Sunday, April 11, when there were 4,705 patients with covid in the whole of the Archipelago –116 more–.

Right now, the municipality that concentrates the largest number of affected is Las Palmas de Gran Canaria, with 1,550; followed by Santa Cruz de Tenerife, with 1,284; La Laguna, with 603; Arona, with 129; Arrecife, with 125; and Puerto del Rosario, with 120. The rest of the affected localities are below the threshold of 100.

Until yesterday, in the Archipelago hospitals there were 314 people admitted to Covid plants and 83 in critical areas. Tenerife is the island that supports the greatest healthcare pressure in the first space, with 204 affected by Covid-19 occupying an acute care bed, while Gran Canaria is the one with the largest number of patients in intensive care units, where there are 41 –36 in Tenerife–.

As reported yesterday by sources from the Gran Canaria Island University Hospital, the complex has already referred four people who require intensive care for other diseases to the centers of concerted ownership – San Roque, Perpetuo Socorro and Hospiten Roca. The hospital had already confirmed on Friday the transfer of two patients.

The truth is that the complex adopted this decision since last Thursday in order to alleviate the pressure on the Unit which, given the increasing number of admissions, has had to occupy a large part of the Resuscitation and Awakening area in order to provide assistance to the “non-covid” patients, and is already preparing to activate level 4 of the contingency plan, which implies being able to use the Major Outpatient Surgery Unit (CMA). According to the same sources, it has not yet been necessary to resort to this space, despite the fact that the average of two daily admissions due to covid pathology has been maintained.

Regarding registrations, it should be noted that, since the last balance, 53 new ones have been issued in the community, so 45,321 people have already managed to free themselves from the infection.

Right now, the cumulative incidence at seven days seen in the Canary Islands stands at 65.9 cases per 100,000 inhabitants, while that of the last 14 days is 138.42 frames on the same population count.

Since the beginning of the health crisis, 1,014,538 Polymerase Chain Reaction (PCR) tests have been performed in the region. Only in the course of last Saturday, professionals made 2,819.

The victims of machismo increase in the Canary Islands