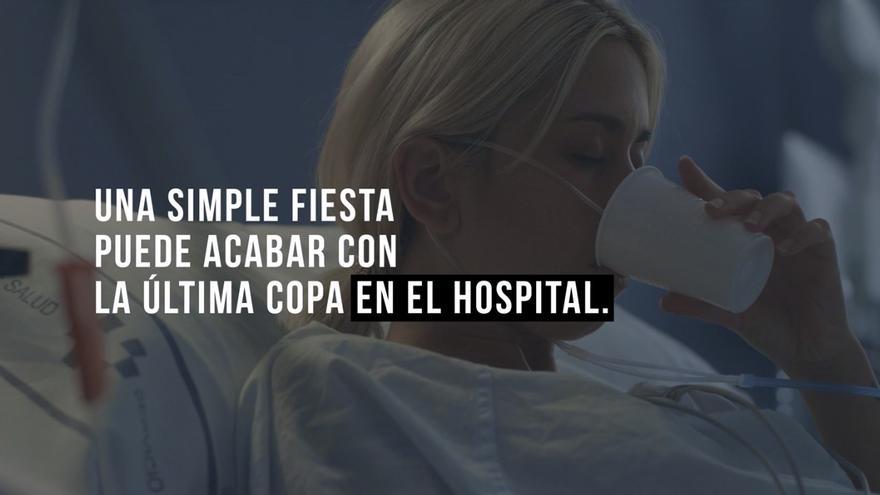 The Ministry of Health of the Government of the Canary Islands, before the increase of COVID-19 infections In recent days in the Canary Islands, it has re-launched the advertising spot ‘The Last Cup’ to raise awareness among those under 30 years of age about the problems that a contagion can cause in a festive environment like the one that usually occurs – and in fact is occurring – during this early summer in the Archipelago.

The announcement comes to light just at a time when infections among young people have become the main focus of the expansion of the coronavirus in the Canary Islands. The audiovisual piece shows a group of young people enjoying a party. None of them wash their hands, wear a mask, or keep a safe distance. Neither of them can avoid establishing close contact with the rest of the attendees, giving them repeated hugs and kisses.

They ask for responsibility to curb the virus

The President of the Government of the Canary Islands, Ángel Víctor Torres, has affirmed this Friday that it has not yet been considered to request the state of alarm in the islands because there is room to “bend” the curve of coronavirus infections and it will be decided to reinforce security measures and the imposition of sanctions. In addition, the door is opened to the closure of beaches or apply restrictions to avoid crowds and the possibility of infections.

In a press conference held after the meeting of the Security Board in light of the rise in infections in the archipelago, especially in Tenerife, he said that the activity of the different police forces will be “redoubled” to deal with “bottles, clandestine parties and breaches” various in commercial and catering establishments, starting this weekend and throughout the month of July.

What’s more, It has opened the door to close some beaches or implement access restrictions since they are places with a high concentration of people.

Torres has pointed out that requesting the state of alarm for the autonomous community “is not on the table” because there is still “time” to correct the current trend, although he has admitted that if the incidence of the pandemic does not decrease in early August, its application will be studied.

The president of the Canary Islands, who He has appeared together with his counterpart in the Tenerife Council, Pedro Martín, has asked “responsibility”, especially young people, since it is the group most affected by the new infections.

Three deceased under the age of 39

“We are risking a lot, the health and the economy of the islands, and young people are not immune”, has commented, underlining that since last April, a total of 47 people under the age of 39 have been hospitalized, with five in the Intensive Care Units (ICU) and three deceased.

In addition, he has commented that as a result of the generalization of the new variants, such as the British or the delta, the Covid-19 it is transmitted “faster”, so in the case of Tenerife, the most affected island, it has asked citizens to “take advantage of the opportunity” of mass screening in Barranco Grande, La Cuesta and Granadilla, and the day of 24 hour vaccination next Sunday.

Torres has been convinced that the current situation will be “overcome” and the month of August will be reached with a lower cumulative incidence – right now it is below the national average, with 72.06 cases per 100,000 inhabitants at 7 days and 129 cases at 14 days-, but has warned that the pandemic is growing “meteorically” throughout Europe.

Likewise, it has recognized that without the state of alarm, the curfew, the perimeter closures or the limitation of meetings, the Government has “fewer tools” to influence the control of the pandemic, while it has defended the criteria of levels epidemiological alert, otherwise, the entire archipelago would have ended at level 4.