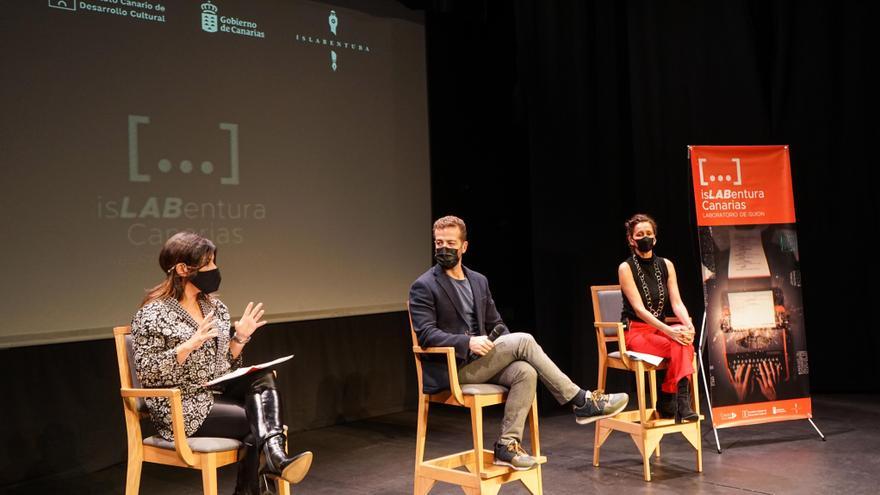 Canarias promotes cinema in the Islands with a new script contest whose objective is to encourage the filming of films and series on the Islands. Is about IslaBentura Canary Islands, an international script laboratory, created by the Government of the Canary Islands through its Canary Islands Film audiovisual department, about stories based on locations in the Archipelago and its natural and cultural heritage. Said laboratory will include seven scripts for feature films and as many for Spanish-language television series that must be based on stories and places on the islands and that will be presented at the National Meeting of Screenwriters to be held between March 3 and 5 in Valencia.

A minimum of four of the fourteen places will be reserved for scriptwriters from the Canary Islands and will be written or localized two projects for each island to ensure that stories about all of them will be told in a differentiated way. During the presentation, the coordinator of Canary Islands Film, Natacha Mora, assured that the contest will open from March 3 and until April 8 "those interested may submit their proposals, which will be examined by national and international professionals of recognized prestige", who will announce the selected ones on May 2 to start working on their scripts in a "laboratory" with several of the best Spanish screenwriters.

Mora, who attended the presentation accompanied by the Deputy Minister of Regional Culture, Juan Márquez and the director of the initiative, María José Manso, He highlighted the importance of the contest being presented this week in Valencia, where more than 200 scriptwriters will meet and explained that this first regional edition has a budget of 190,000 euros and that it also has the support of the Canary Islands Society for Economic Development , the Regional Ministry of Agriculture, Livestock and Fisheries, the seven councils, the Alma screenwriters' union, the Association of Women Filmmakers, the Cervantes Institute and the Canary Islands International Environmental Film Festival, among others.

IsLaBentura is, in fact, a continuation of the IsLaBentura La Palma contest but extended to the entire archipelago, after the success of the two editions held on the aforementioned island. This was later acknowledged by María José Manso, who explained that once the work is finished, at the end of October, the best will be awarded, "but all of them will be presented to national and international film and television producers." Subsequently, those selected will travel three times to the archipelago. The first at the end of May, first at Tenerife and then to the island on which his script will be based, where he will have the support of the councils in the search for locations, chroniclers, historians or people who can support them in their work. The second will be in June La Palma, and will be focused on training. But the island they will visit on the third of the trips has yet to be determined, and the meeting with the producers will be held there so that they can present their finished scripts, as well as the locations and advantages of shooting in the Canary Islands. In this last trip, contacts with the local industry will be promoted and the presentation session and the awards ceremony will be held.

Manso highlighted the importance of the contest "because of the tools it provides for documentation, the intensive training it offers, the direct presentation to the producers and the period of six months that each selected person has to write their script" and acknowledged that the work of the scriptwriter in the audiovisual is the great forgotten. Regarding the prizes, the director announced that the entity Audiovisual Media Copyright will award 1,500 euros to the best feature film and the best television series, which will have guaranteed participation in the Canary Islands International Film Market.

Those selected may be subscribed for one year and free of charge to the platform Filmarket Hub and there will be an award from Canary Islands Film for the best Canarian script, which will become part of the Movistar + platform for analysis and study. The director stressed that IsLaBentura Canarias pursues, in addition to valuing the work of the scriptwriter who always remains in the background, "supporting the Canarian audiovisual industry and generating economy, as well as promoting tourism as has happened with El Hierro series and helping to recover stories about the islands».