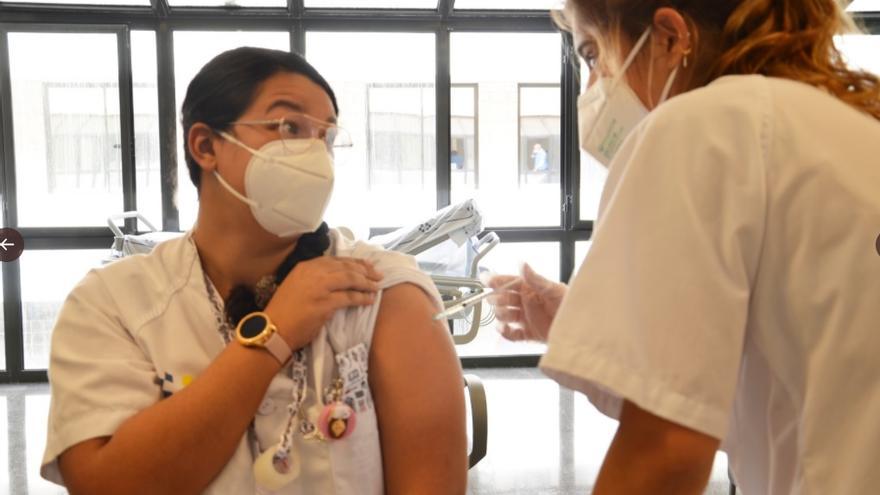 The Ministry of Health of Canary Islands Government reports that 19.39 percent of the target population has received at least one dose of one of the three vaccines against COVID-19 authorized by the European Medicines Agency. In addition, in the Archipelago until yesterday Sunday the immunization of 124,687 people who have already received the two doses of the vaccine, which represents 6.66 percent of the target population (1,871,033 people).

In this sense, the Ministry recalls that scientific evidence has shown that the inoculation of the first dose, although it does not completely immunize against the disease, does protect against developing COVID-19 with serious symptoms.

In this way, the Ministry of Health reports that it has already begun to vaccinate people between 70 and 79 years old, who make up Group 5B, in the health centers of the Canary Islands. This group is being inoculated, indistinctly, with the Pfizer and Moderna vaccine.

It should be noted that group 4, that of large household dependents, is 90.20% immunized with the two doses.

Of group 7, there are 4,780 people since they have been vaccinated with one dose, 26.95 percent of the target population.

Between last Friday and Sunday, the service for requesting an appointment for the vaccination of COVID-19 activated by 012 for those people born between 1952 and 1955 who had not received the SMS with the appointment received a total of 38,669 calls.

Group 7. People under 60 years of age with high risk conditions for severe COVID-19.